Rare Photo of What Happened After the Titanic Sank

A rare image of the aftermath of the sinking of the Titanic has surfaced. It's being auctioned on October 19th by Henry Aldridge and Son in England. It's being speculated that It could go for as much as $8,000 dollars. The photo displays the horrific scene of recovered bodies in sacks stacked 3 high. The rescue ship the CS Mackay Bennett recovered 306 bodies and of them 166 were buried at sea. The photograph shows the bodies being hoisted back into the icy Atlantic with a priest presiding over the burials.

You can check out the interactive photo below. To read the entire article click here. 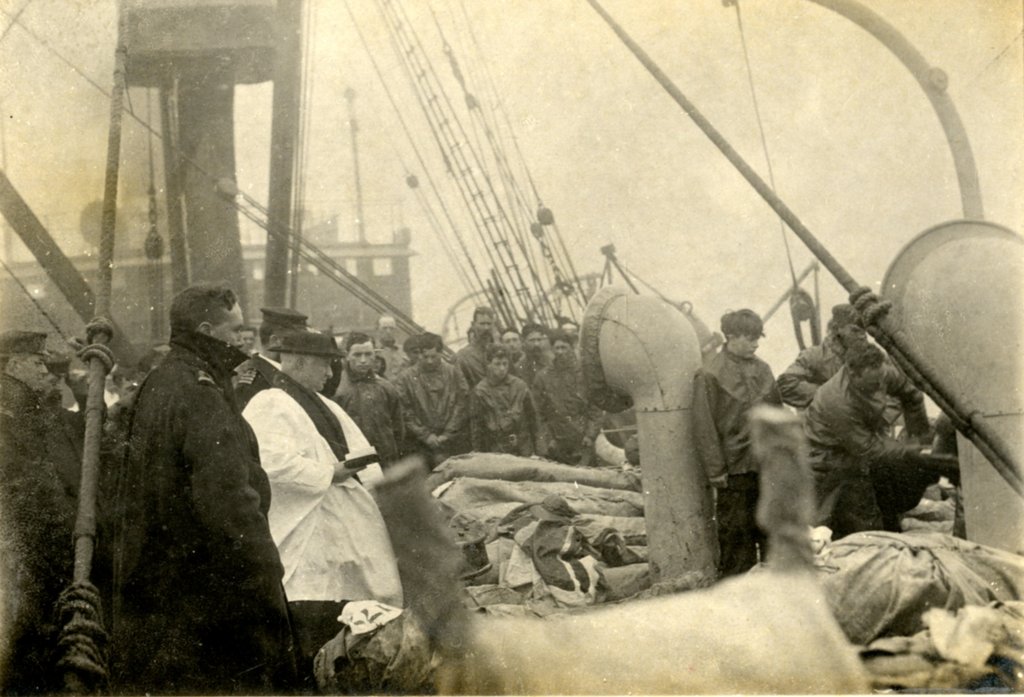