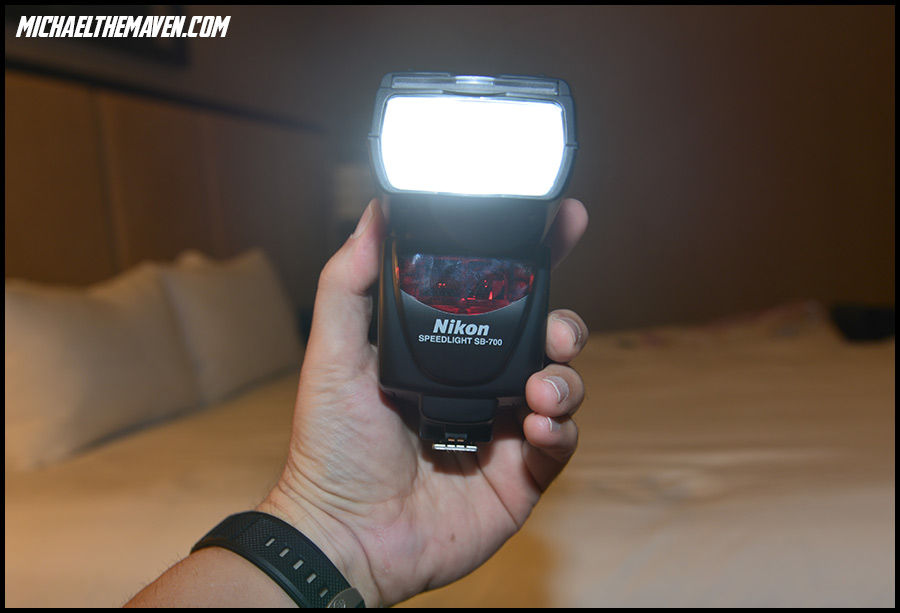 The most basic way to use a flash with a DSLR is to attach it to the camera and use it as a fill or bounce light, this would be the minimal and expected function of a good system.

For advanced shooters, getting the flash off the camera and triggering remotely is probably one of the most useful features about an advanced flash system and if it cannot perform that function in a reliable fashion, the system should be reconsidered.

There are a few different ways to trigger an off camera flash, both Nikon and Canon have cameras with built in flash transmitters which fire from the on board flash. I was using the Nikon D600 as my test camera, which has a commander (or master feature) built into it. This also means that the camera's built in flash must fire in order to trigger the remote flash.
Im not always a fan of the built in flash firing, which is why I use transmitters dedicated to triggering the slave units. Nikon has a unit called the Nikon SU-800 , which came out in 2005 and Canon has both the ST-E2 and ST-E3 transmitters.

Having purchased and studied Nikon Flash Units for several months now, including the Nikon SB-700, Nikon SB-910 and the Nikon SU-800 I felt I had a solid grasp of how the systems communicated for wireless shooting and started doing some real life, model-based shooting recently, with the intent preparing for a Nikon Speedlite Crash Course for beginners. My production schedule for camera DVDs has been a bit crazy and I finally had some time to do some real Nikon Speedlight tests.

I have to say while the flash units preformed wonderfully for on camera use, I was not as impressed with the off camera wireless shooting, especially when using the Nikon SU-800 . Reluctantly, I have to admit it was in fact one of the worst shooting experiences Ive had in a while. If you are a pure beginner to off camera flash, I would also add you will probably have an easier time learning & using Canon's Speedlites, which makes it even more important for me as an instructor to try to put together a really spectacular video for the Nikon Flash Systems.

How bad is it? Well it was bad enough that I am beginning to suspect that my SU-800 might be defective comparing to what I am used to with my Canon's. It seemed unable to trigger any remote unit unless it was only a few feet away (7-8 feet tops) within a very narrow field of view from the camera, I would guesstimate 15-20 degrees. Anything wider, off to the side, very far, it really struggled. It had to pretty much be direct line of sight, straight in front of the camera. The on board flash did a much better job, and the Nikon SB-910 as a master unit on the camera did even a better job.

I love to shoot wireless flash in very low light conditions, but the D600 has a really hard time focusing in low light without the AF Assist lamp. (I had to resort to using a flash light in live view to get focus, switching the lens from AF to Manual).

It almost seems that the Nikons Speedlites would be more easily triggered off camera with Pocket Wizards, but the infared control of the SU-800 was disappointing compared with Canon's New Radio based Wireless system as found in the 600Ex and ST-E3. (You can place them just about anywhere within 80 feet of the camera and they will fire).

Ill have to do a lot more testing before I can say if doing a Nikon Speedlight Course would be in everyone's best interest, but I would say right now that the Nikon SU-800 Nikon SU-800 badly needs an update from Nikon, unless in fact the one I do have is defective. More to come on this....