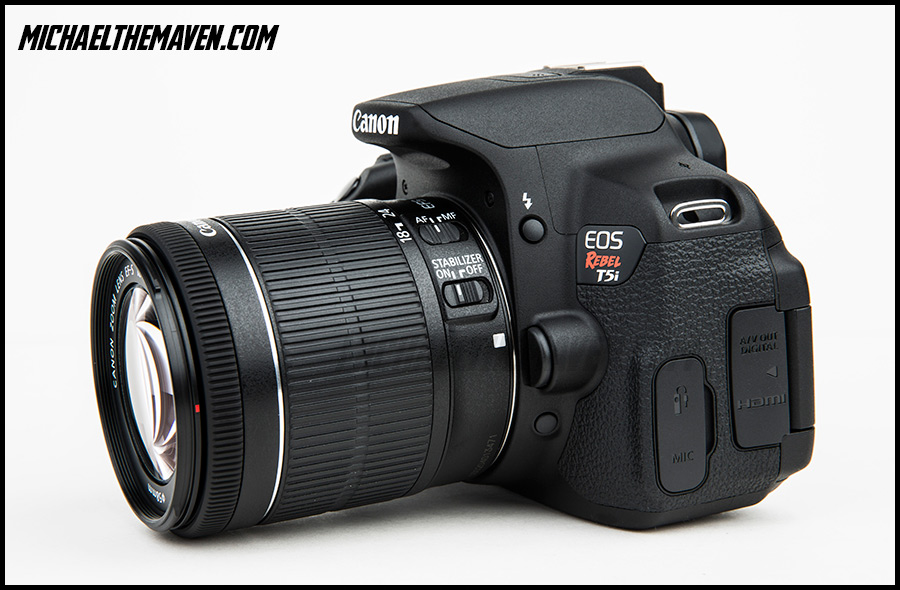 I was able to get my hands on a Canon T5i last night (that is it above) and carefully study it, and I can tell you right now, this is virtually identical to the Canon T4i . Im sorta scratching my head looking at it, because it introduces absolutely no new technology that doesnt already exist on previous Canon cameras. I am wondering if this is mostly a marketing move, but the truth of the matter is that the T5i is $100-$150 more than the T4i right now. True, there is a new 18-55 STM kit lens, and the T5i adds the 10x Digital Zoom Feature of the T3i, but thats really about it.

My advice? If you are in the market for a new entry level camera, I would say go for either the Canon T4i or even the Canon Rebel T3i

The differences between those 2 cameras are much greater and Ive already made a video on it here:

Will there be a Canon T5i Crash Course Training Tutorial Video? You bet! In fact, it is already underway and you can expect to see the video's release as a download within the next 3-4 weeks, and as a DVD in about 6-8 weeks. We are also working away on the Nikon D7100 Crash Course and should have availability announced soon.