After tinkering around with waves the other night, I decided to get out early yesterday and try some more just after sunrise. The more I shoot in the ocean, the more convinced I am there are an infinite number of interesting ways to shoot water. Definitely something to consider and explore more in. Probably one of the most famous wave shooters of all time is Clark Little, whose images you have undoubtedly already seen. Clark is a master of capturing shore break waves and You can see his website here: Clark Little Shorebreak Wave Art

Something that occurred to me once while looking at Clark's images, is the tremendous amount of variety in what seems like an identical subject. That concept is baffling. In fact, it is almost to the point of snowflake-age, where in every single one is completely different. Clark is a long time surfer and has a tremendous knowledge of the ocean as well as waves. The swells he shoots in would kill someone if they were not careful, and might still anyway if they were. When I am inspired by someone like Clark and study what they do, it opens up other creative doors in my mind. It's not to become like or copy an other artist, on the contrary, it is to learn the best they have to offer, and apply it to my own unique, creative artistic journey. I believe my photography style is made up of what I like most about other photographers I admire. When I see someone else's work that makes me excited and anxious to learn, I just have to try it!

With this in mind I decided to go down to Big Beach yesterday here on Maui. I need to note; Big Beach is no joke and I would say unless you are familiar with how waves break on the shore, don't ever try thisâ¦ I have personally seen many people seriously injured and one person even paralyzed at Big Beach. Broken limb, neck and back injuries are very common because beach goers take their eyes off the ocean. (Never turn your back or eyes away from the ocean!) Here is a short list of injuries for just a few years: Big Beach Accidents). At least 3 people downed at Big Beach in 2008 alone, with several other near drownings.

I also knew the waves would be relatively small right now, so it would be a good time to practice and learn, but still needed to exercise extreme caution. Having tried it out yesterday and getting slammed several times, I am convinced now that Clark is as much of an escape artist as he is a photographer.

While I was shooting I had an epiphany; Waves are beautiful not only visually, but symbolically:

Random, chaotic water gains shape and order in the form of a wave. As it approaches land, momentum builds, and as it does so, that energy becomes even more organized. There are all kinds of shapes such as ovals, ellipticals, and depending on the angle, rectangles, straight lines, beautiful curves, swirls. It is a place where clear water, bright light, air and raw energy mix to literally create art. Amazingly, this energy can also be harnessed in a number of ways, including surfing for example. Chaos is transformed into order, art and energy all in one fell swoop, and that order and energy become greater and greater until in a single split second, and it all instantly turns back into chaos and the shape, energy and art all fall apart, only to be recycled back into the ocean and have it all happen again, over and over for as long as land as existed. It is so easy to miss if you aren't looking for it, and it is almost as if an unseen force is painting on the canvas of the beach, over and over and over.

While these 2 images are not great, it shows the difference between what I noticed; 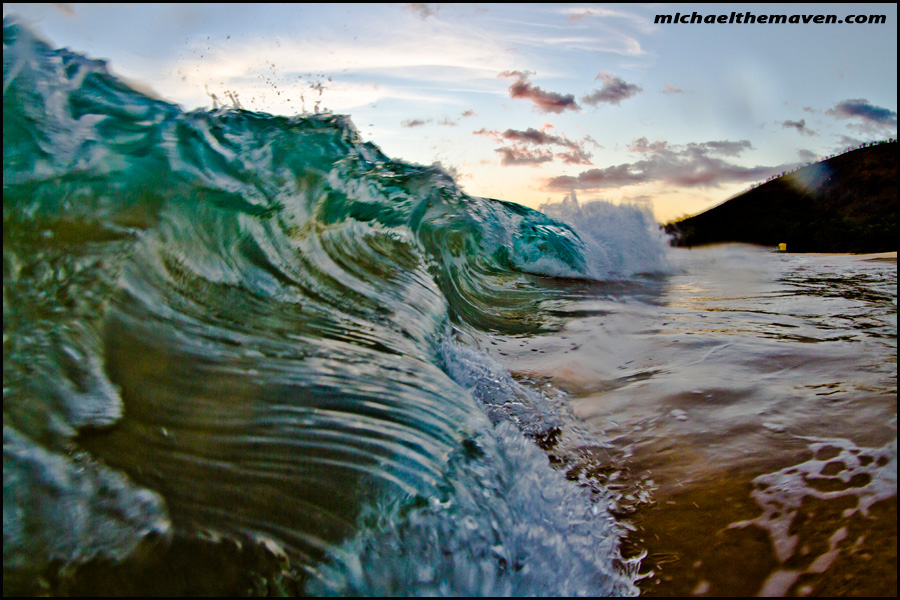 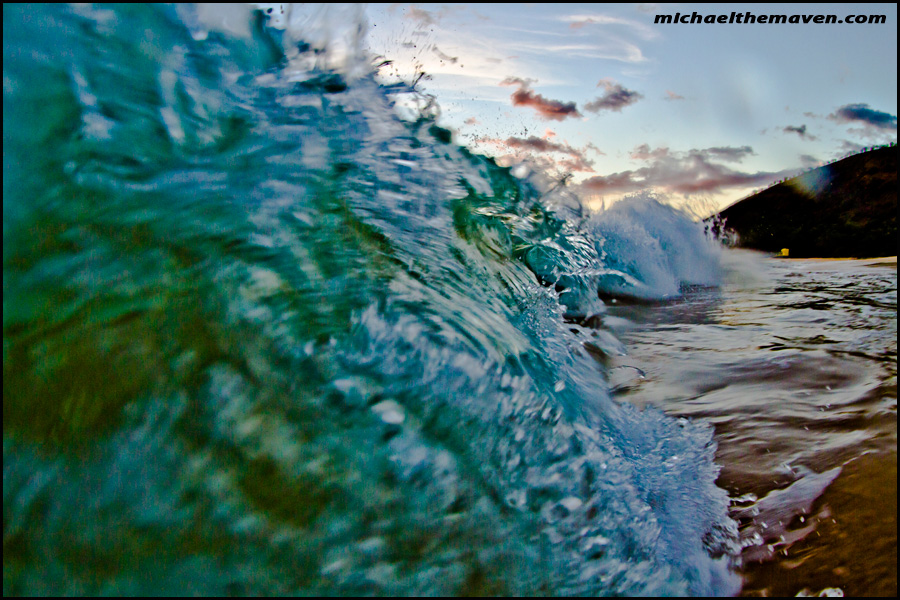 ....literally the nextâ¦total chaos. There is an instant of a second in there where it all changes.

Here are a couple of my favorite shots from testing "Waves as Art": 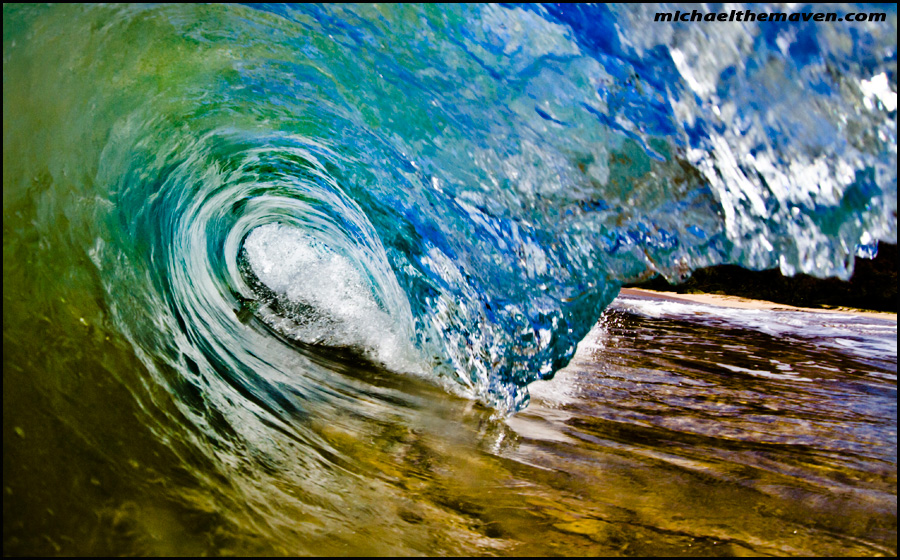 My best Clark Little impression. Not easy to get. You essentially have to run around and position yourself in the exact correct spot, while making sure your lens port is clear of water, hold your position knowing you are about to get slammed, and try to duck under the wave at the last second. If you look carefully at Clarks images, you will never see any water spots like you do on mine. Mad respect to him for mastering all the variables involved to get the results he does.

On these others, can you find the art concepts I was talking about? 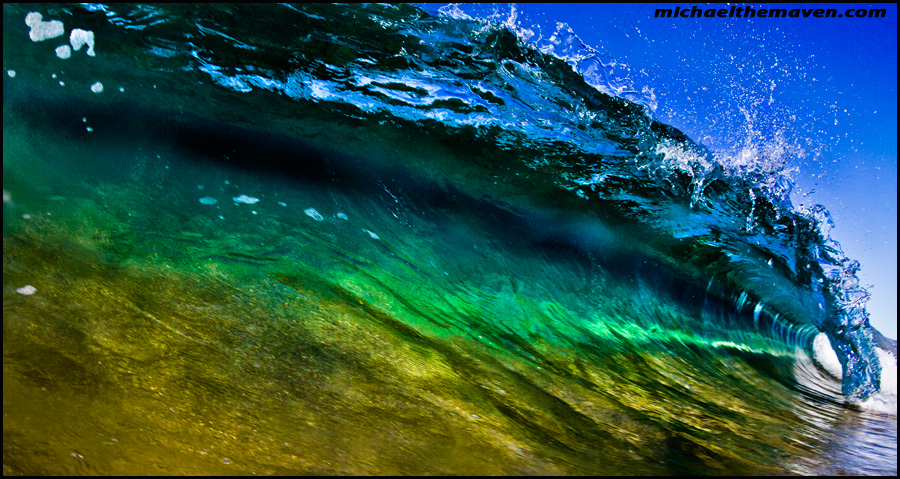 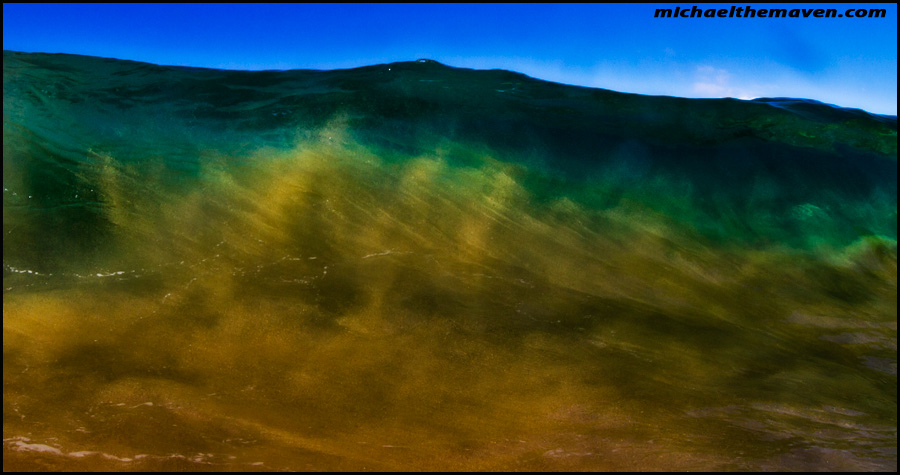 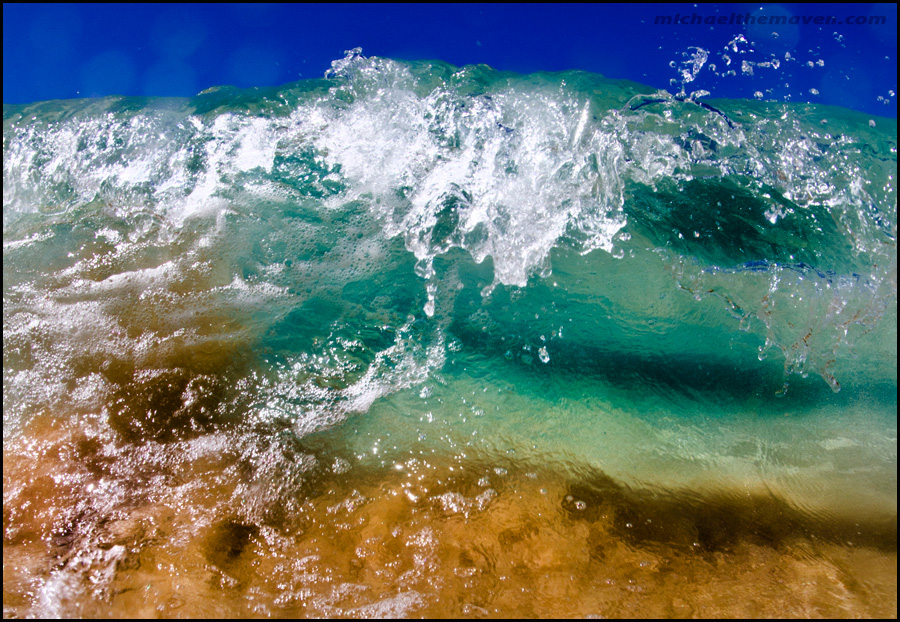 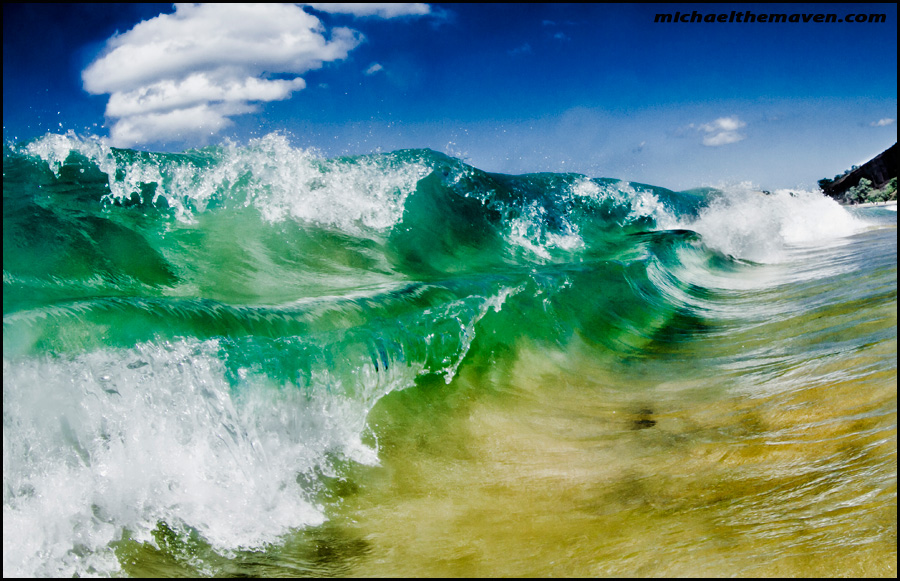 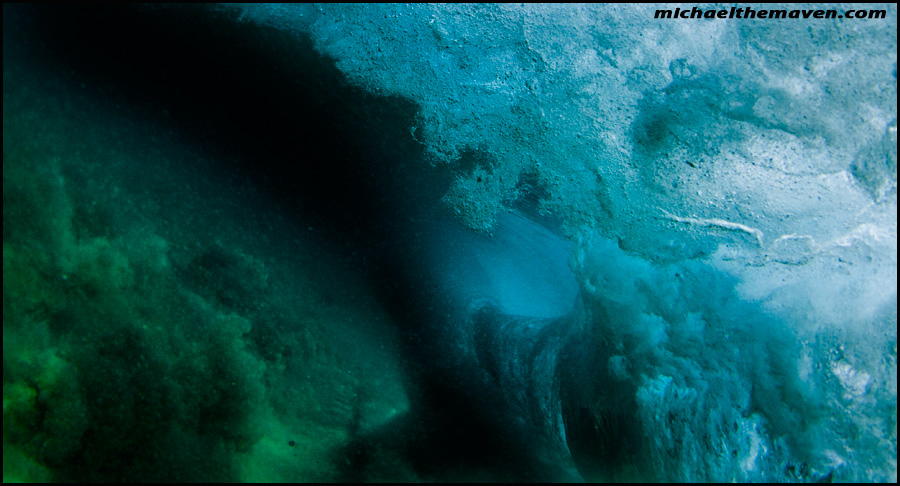 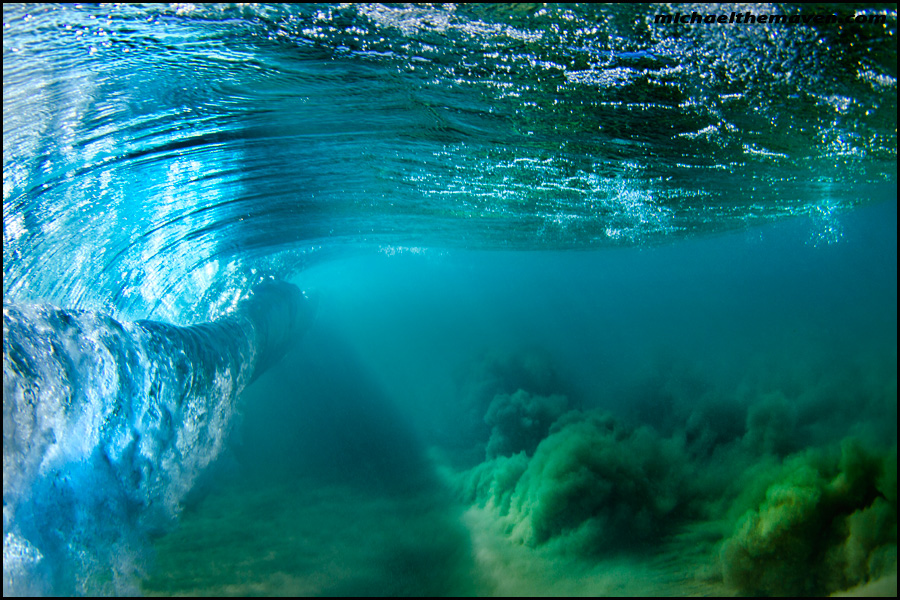