Having been extremely frustrated last week in not being able to figure this out, we decided to go for it again. I really, really wanted to know how to shoot into the Sun, while in the water. Second only to shooting fast moving fish in surging water while scuba diving, this was probably one of the trickiest types of shots I have ever attempted. We tried a few different things and eventually found something that worked:

My assistant Adam sat in the front of the kayak with one Canon 600 Ex and I had the other on my Canon 5Diii set to "Master Mode" while having both dialed in on high-speed sync. (I cover a similar, land based technique, coincidentally with the same exact model on the Canon Speedlite 600 Ex-RT Crash Course Video.

We also played with some different grad filters because we had a nice tree line that could hide it, while also lowering the exposure of the sky. We quickly learned that the balancing act included:

1. Keeping Adam close to Annie, without being in the shot. Adam's flash was on Manual, so we had about 1-2 feet of play before it was over or under exposed.
2. Keeping Kayak rotated at the correct angle so I could shoot.
3. Annie had to stay in position (these first three things were difficult with even small waves coming in), so I had my paddle in my lap, camera in my hands, and could almost paddle with just my elbows.
4. Keeping the camera and Speedlites dry, I almost dropped my camera in the drink twice.
5. With the Filter, I also had to worry about where the gradient was placed and missed many shots.
6. I also had to adjust my camera and flash settings throughout the shoot.

Tricky stuff, but worth it!

While I liked some of the shots without the grad filters, the sky wasn't all that blue so I had to pop them with Michael Andrew Lollipops Â® Action Set! 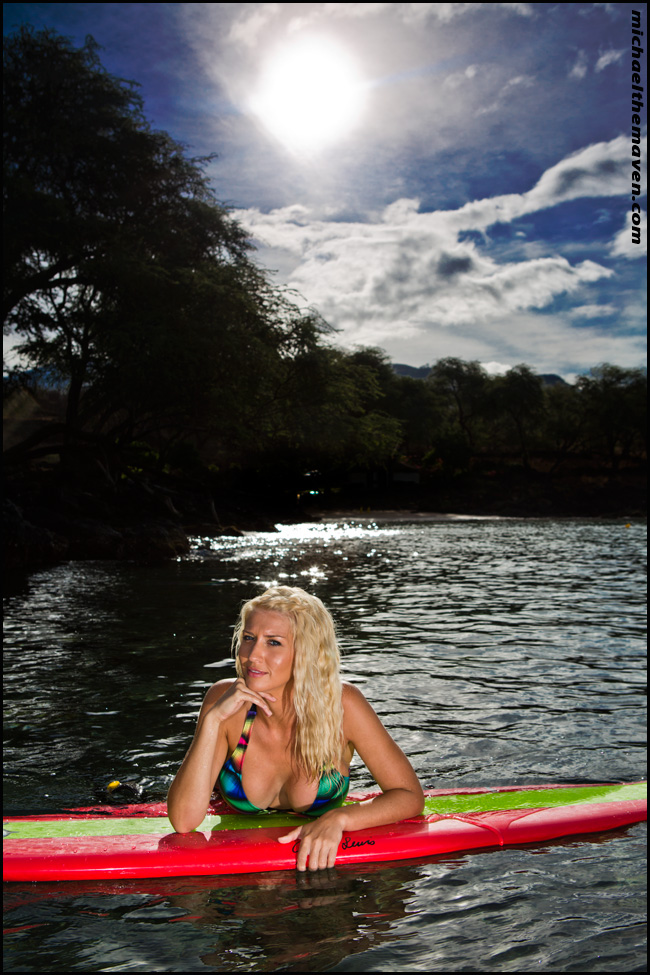 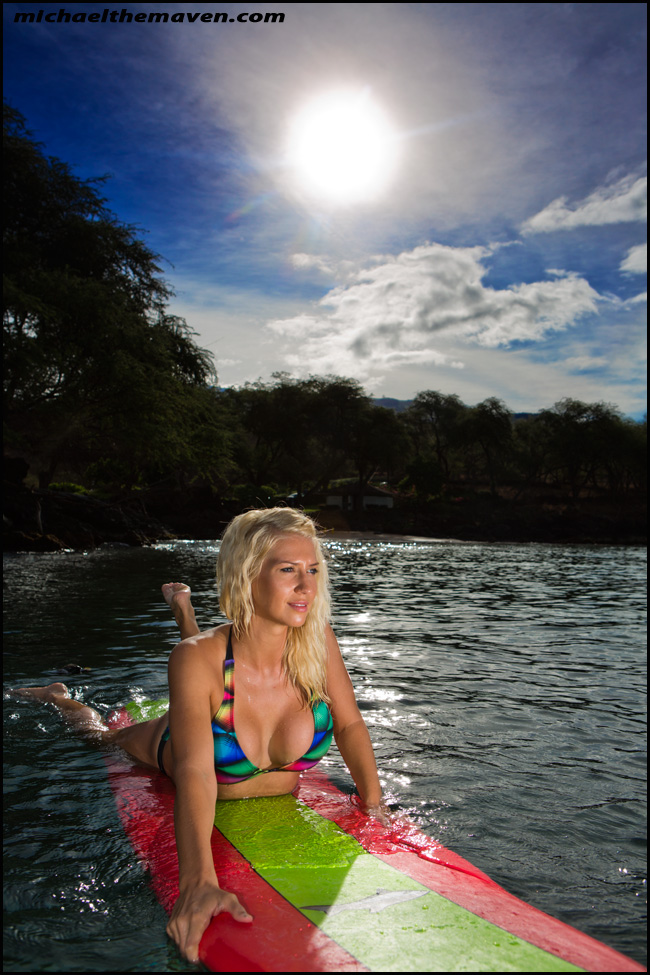 I thought the shots with the Red Grad Filters were much more interesting. I really like how the water looks almost black... 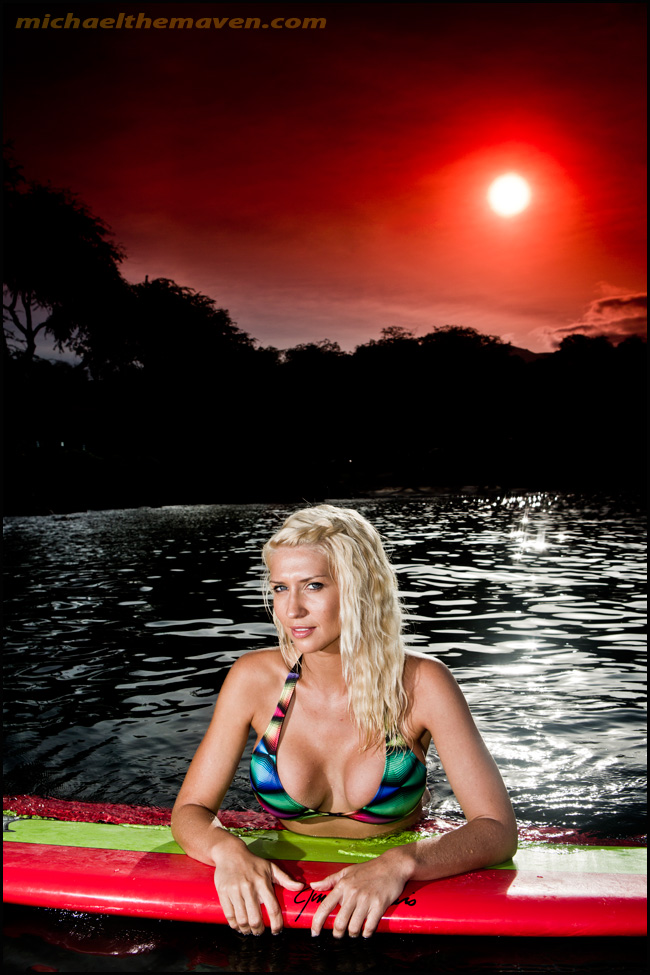 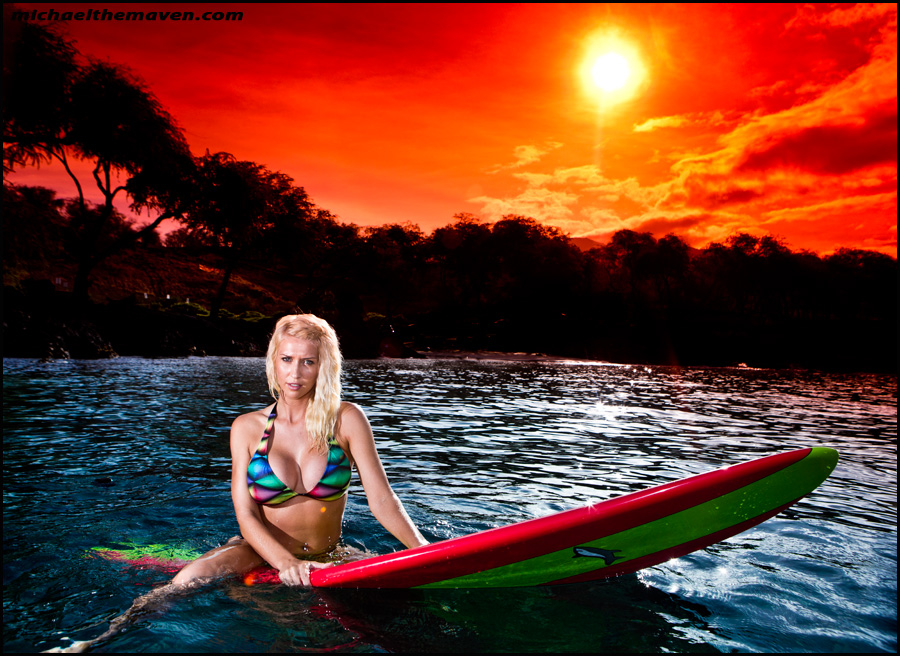 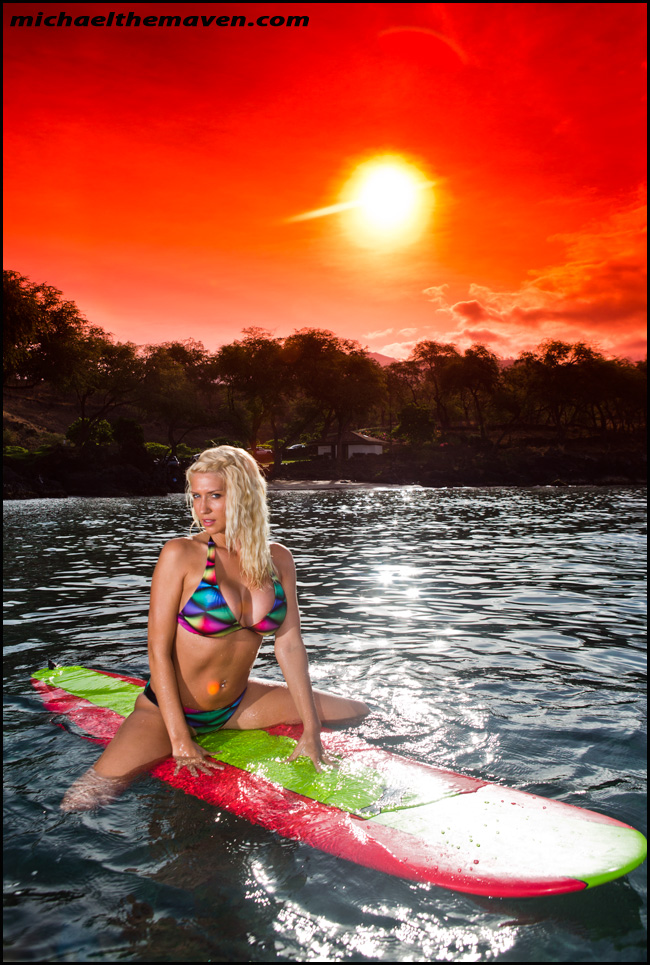 Im excited to know how to do this know. I think the same thing can be done with waterproof covers for the speedlites shooting from the water up, but it would be more of a hassle. The kayak was the real solution here. (Alien bee worked ok, but due to shutter speed limitations, as well as bulk of the strobe and battery pack (which we wrapped in a garbage bag) it wasn't really worth it.