I have to admit, shooting the surfers in the water was real fun, but I wanted to challenge myself a little more and try the windsurfers, who operate further down the beach. Windsurf photography is a whole different ballgame, simply because a windsurfing rig is heavy, moves much faster, and most of these guys are jumping off ways. Suffice it to say if you get hit in the head by a windsurfer landing a big jump, it would probably kill you. The waves are also bigger and choppier, so you really have to keep an eye out on every thing that is happening around you. In any event, after talking with the lifeguard, and having bought a bright yellow helmet long ago (just never used it) I felt I was ready. I also tested out the fit of my Mask and Snorkel under my helmet, and it worked. The snorkel is important because it will save you if you get tired I didn't want to leave it on the shore. Lucky, it fit perfectly though I an sure I looked a little funny: 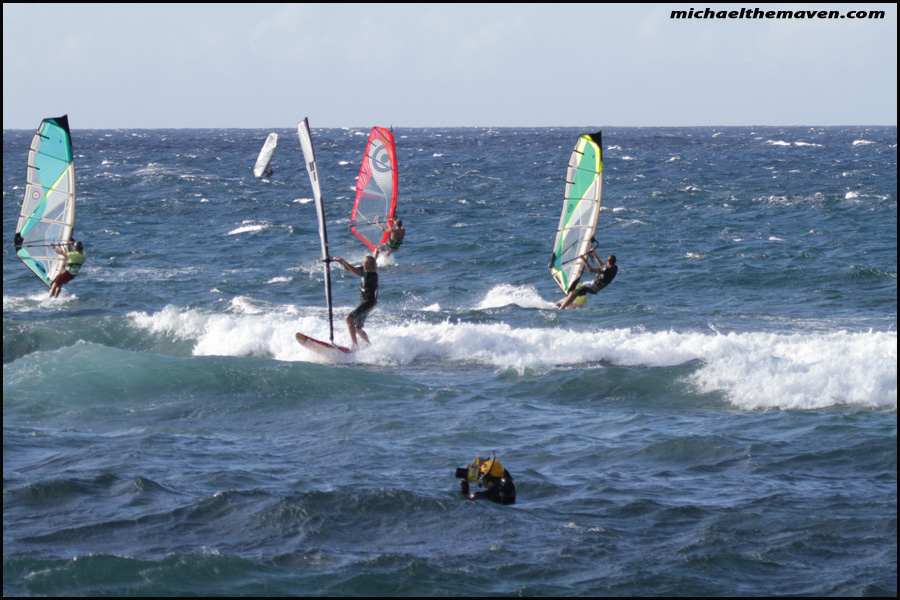 After a quick snack and gatorade, I swapped to my Canon 24-70 2.8L , which I also have a port for. The port is designed so I can actually zoom in and out while shooting, which is super nice.

I need to make an important note here: my Canon 7D was freezing up, repeatedly. Im thinking it might be the new 2.0 firmware update. I was shooting on RAW in high burst mode, but on 3 occasions it froze up. If this was on land, it wouldn't be such a big deal. In a water housing, while you are swimming? Ya, this is a problem. Its not like you can just open your housing and fix it. I had to come into shore, open it up, remove the battery as powering it off wouldn't work, and then reseal the whole rig.

The easiest way to describe shooting the windsurfers was that they are going in and out in an elliptical pattern. I stayed primarily in the center of this pattern, but I am starting to think that it might be better on the outside, simply because in one direction, I had great light, in another I could only shoot silhouettes. The wind surfers themselves, have tremendous control over their watercraft, I mean they could literally surf within a few feet of me and I felt completely safe.

I need to be honest and say that even though these are my "best" images, they are not very good. I feel like I can really improve. Stillâ¦for my first attempt of windsurfing photography, I was proud of myself for trying and getting the results I did. I really like the up close shots of these guys just smiling and having a great time.

Again, camera setting was Av, f5.0, ISO 320 (shutter speeds varied). I also used Michael Andrew Lollipops Â® Action Set! to restore the sky blue. I will show you some before and after shots later this week. 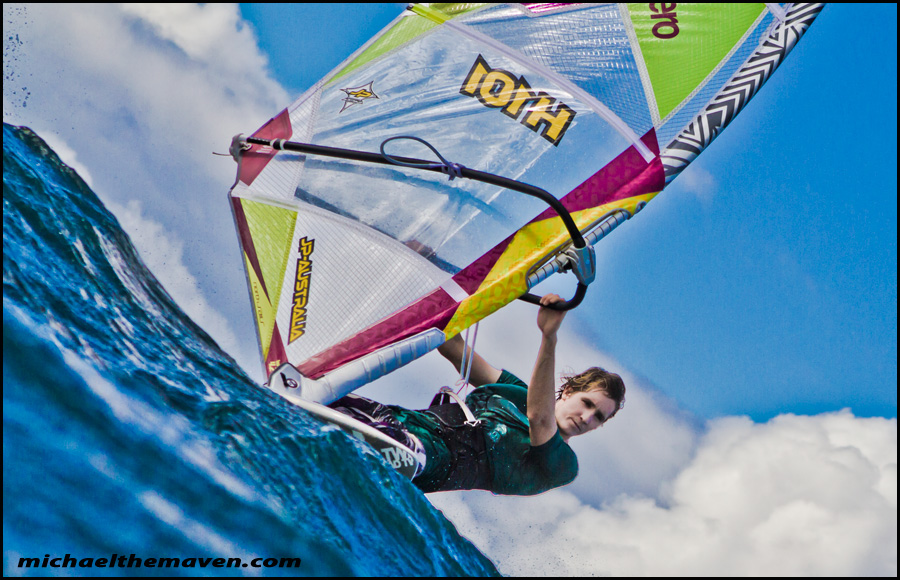 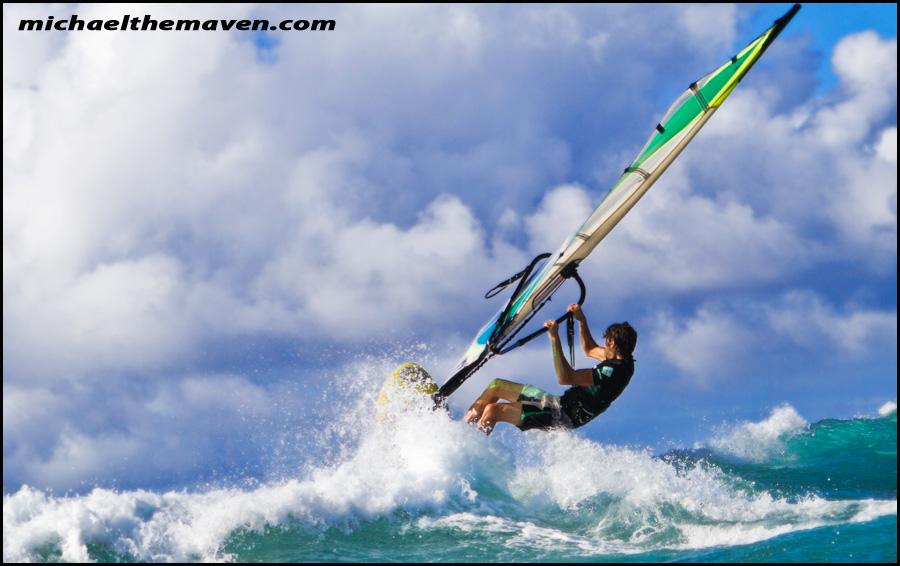 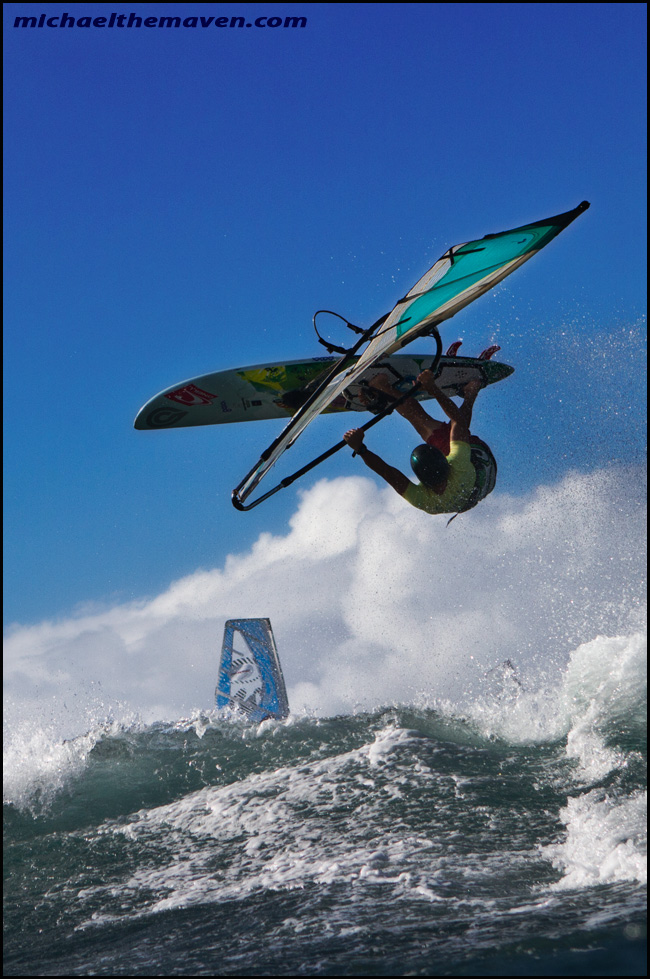 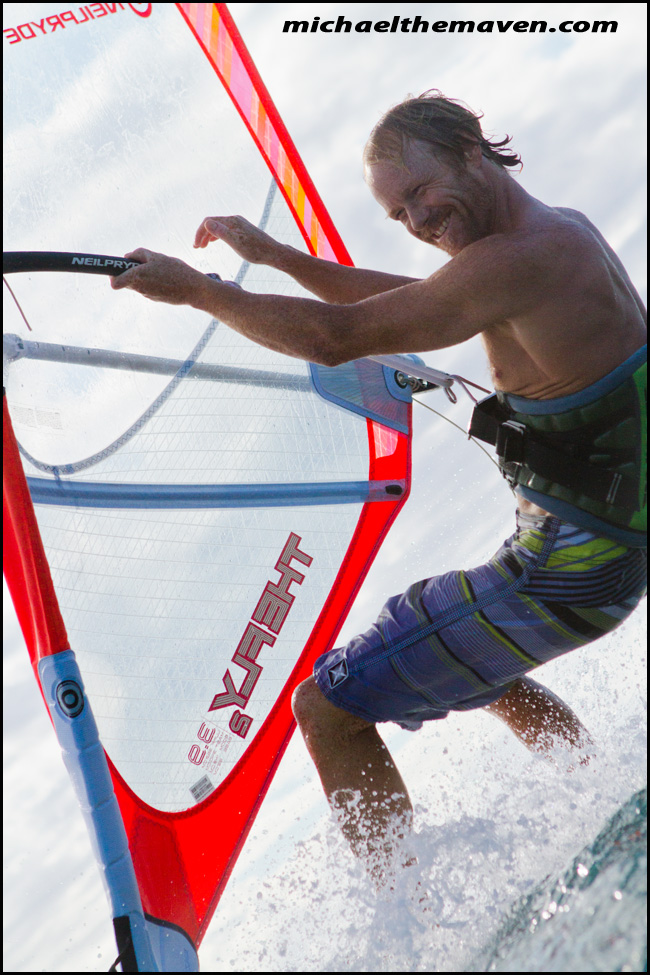 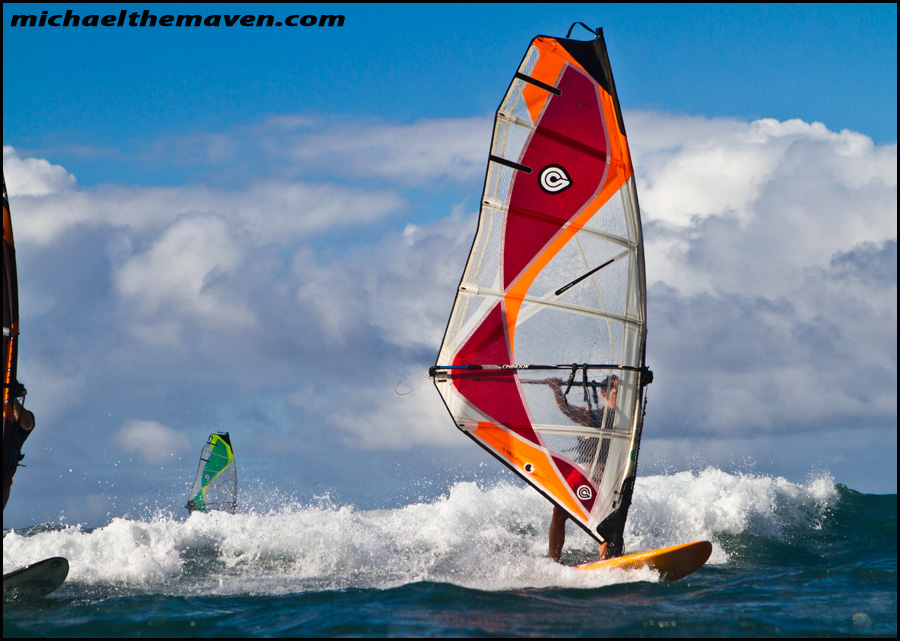 This silhouette is one of my favorites of the day: 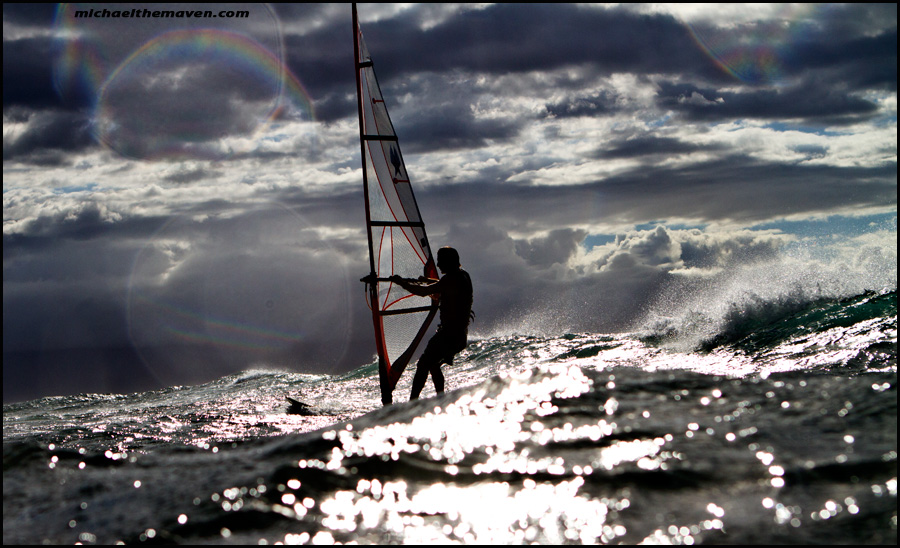 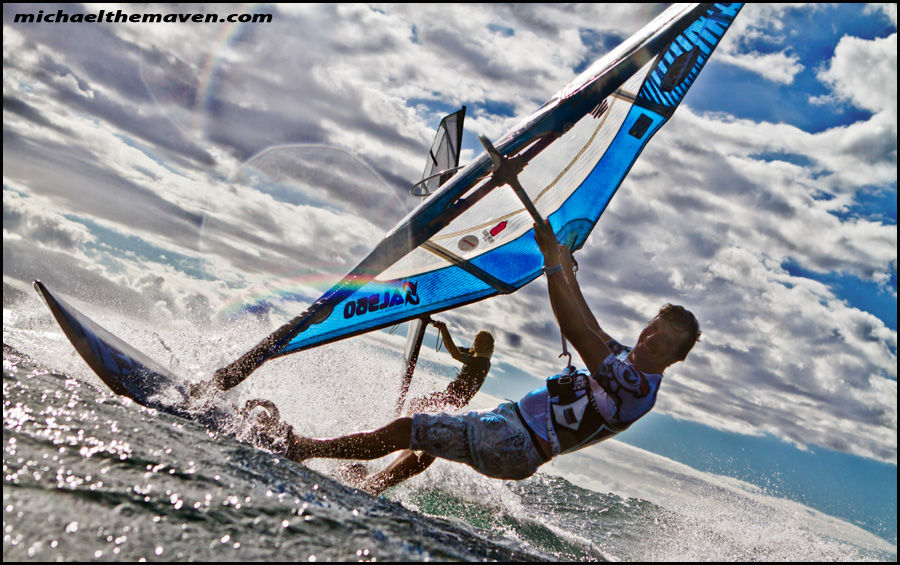 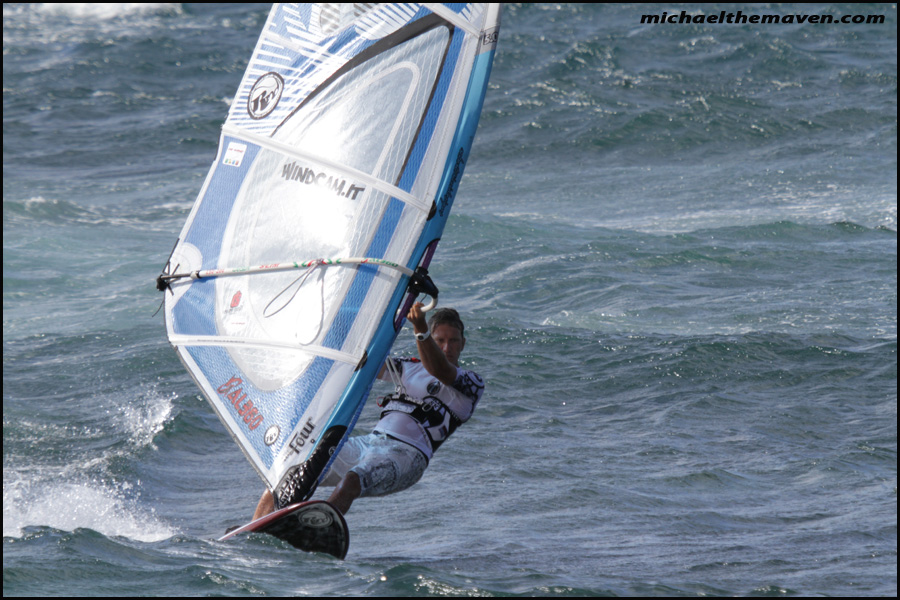 My Dad was also shooting from shore (above image taken by Dad) with my Canon 100-400 f4.5-5.6 L IS on his Canon 7D with a Canon 2x iii Extender . You lose auto focus with the extender, but it is hard to beat the reach, 400mm x 1.6x (Crop body) = 640mm x 2x Extender = 1280mm Focal Length Lens. I thought he did a great job focusing manually, and you can check out his Zen Cart Folio Here: Michael's Dad's Zen Folio - Hookipa Windsurfers