I can't tell you how many times Ive been driving along, and I see something that makes me say to myself "this would be an awesome picture". Sometimes I keep on driving, and sometimes it doesn't exactly work out shot wise, but it usually does. In fact, I don't think there has ever been a time I have regretted pulling over and at least made an attempt to capture the moment. This is what it means to "stop and smell the roses", I work too much anyway. I really strongly encourage all photographers that if you get that impression to pull over and take a moment, DO IT! (Just be safe about it).

On Monday afternoon we were doing some test shots with the Canon T4i up near Haleakala Crater, and at one point in the road there was a MASSIVE cloud creeping up on the mountain. I would estimate we were at about 7-8 Thousand feet, but it was such a strange sight to see a cloud with such wonderful cotton candy textures at eye level. Adam and Leah were both with me, so we had Leah hop out right at the point before we entered the cloud, and Adam and I turned around and went back as far as we could. That little speck next to the sign is Leah. 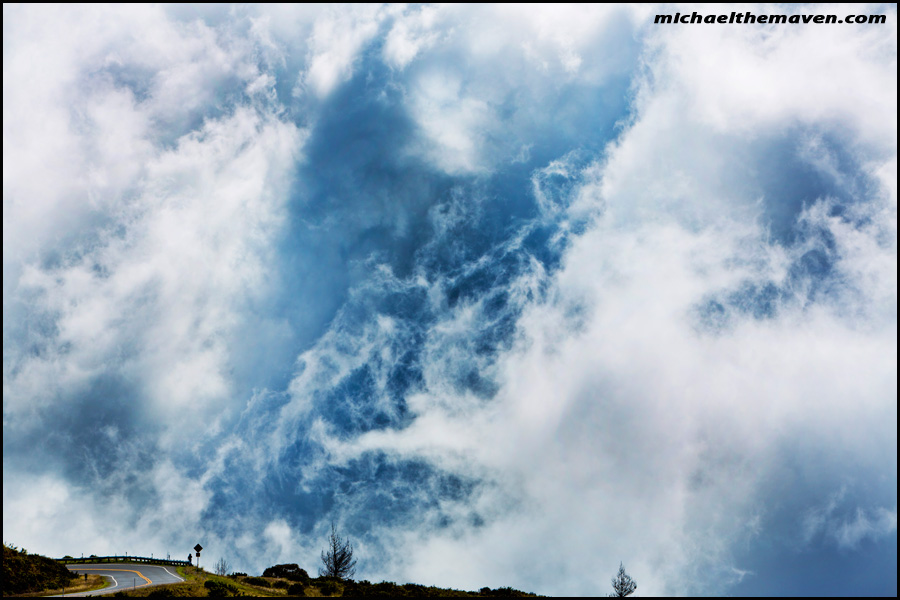 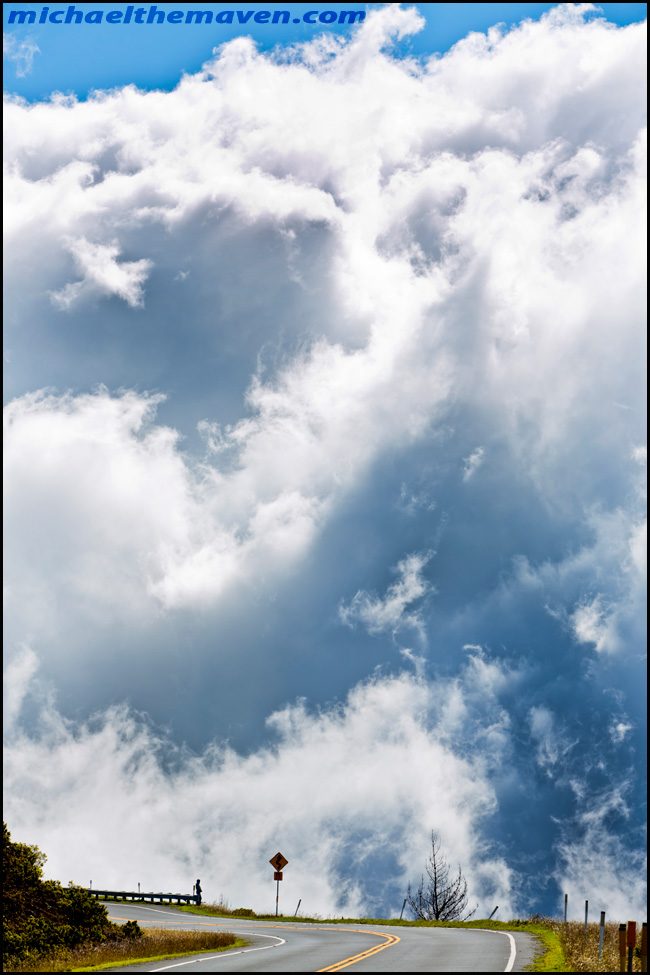 We also followed up with a fun shot of Leah on the side of the road, jumping. Because the sun was to her back (see shadow) we just used a Canon 600 Ex for fill and it came out great. The technique is covered on my Canon Speedlite 600 Ex-RT Crash Course DVD. It was then processed with Michael Andrew Lollipops Â® Action Set! 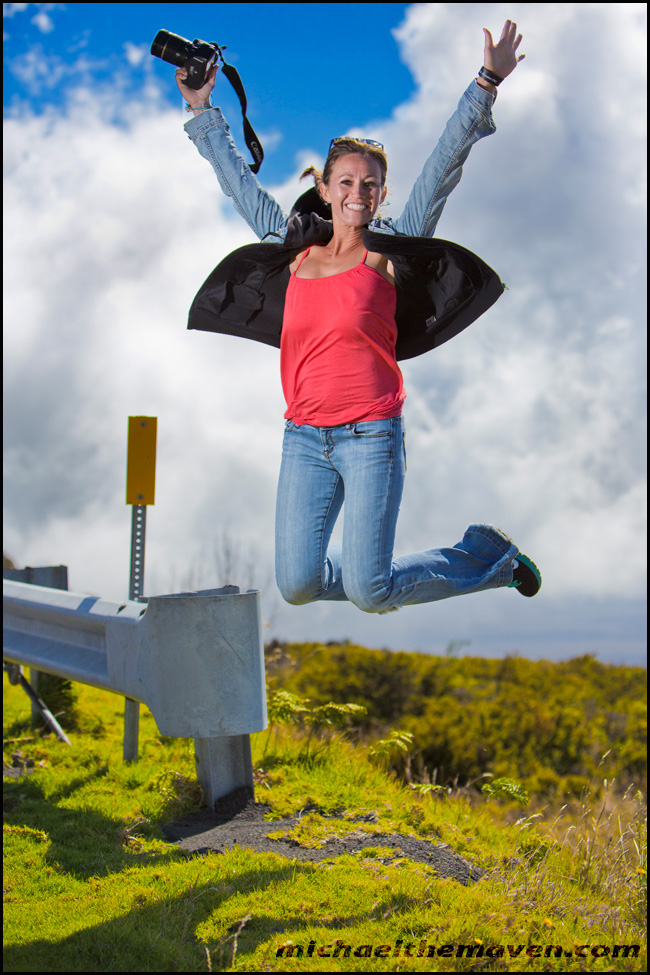