Went out to Big Beach on Maui today to run different tests out the 5Diii (Its my day off, I really like what I do!). Most of these shots were taken, one handed with a Canon 24-70 2.8L . It is kind of hard to predict when a skim-boarder will actually launch.

I was walking around looking for some nice textures to film to test out slow motion software, and I saw these guys going nuts on the waves so I decided to do a few speed tests. Flipped the 5Diii over to high burst mode...and wow...it feels like a 7D, but better. Granted the 7D can get off 2 more frames a second, but it was practically unnoticeable.

The sharpness, detail and color out of the 5Diii were very, very good. Much better than the 7D (I think I have some of those tests on here too from last year). I did add some contrast and saturation in Adobe Camera RAW. 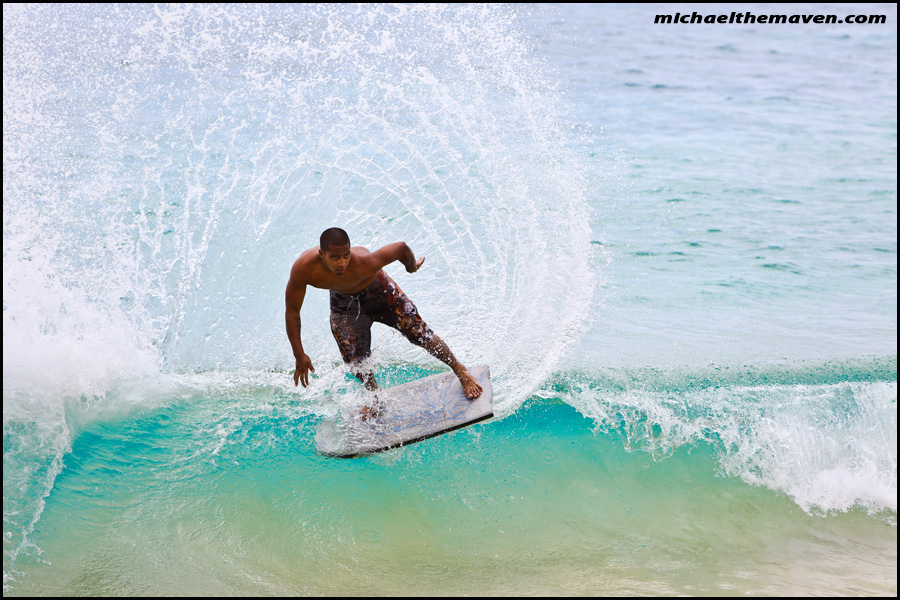 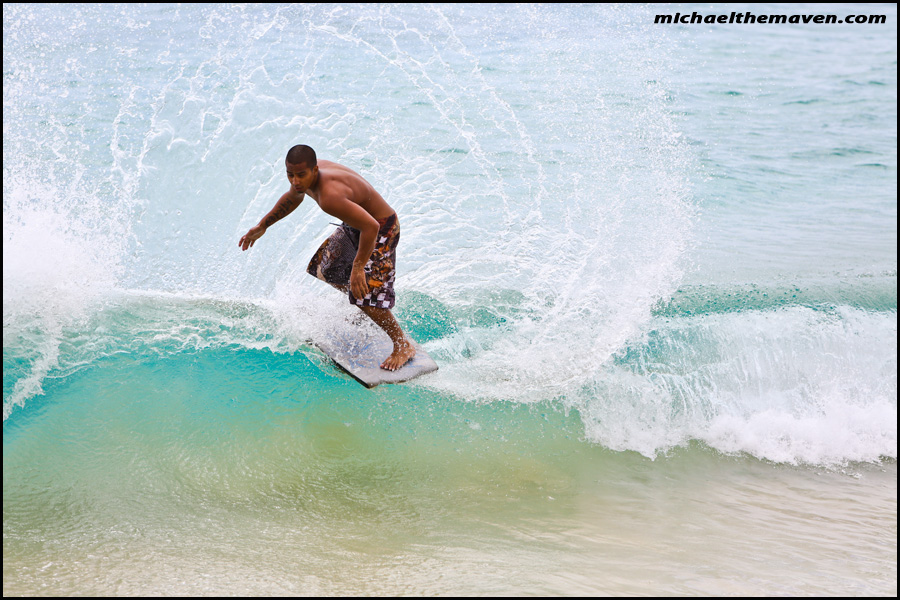 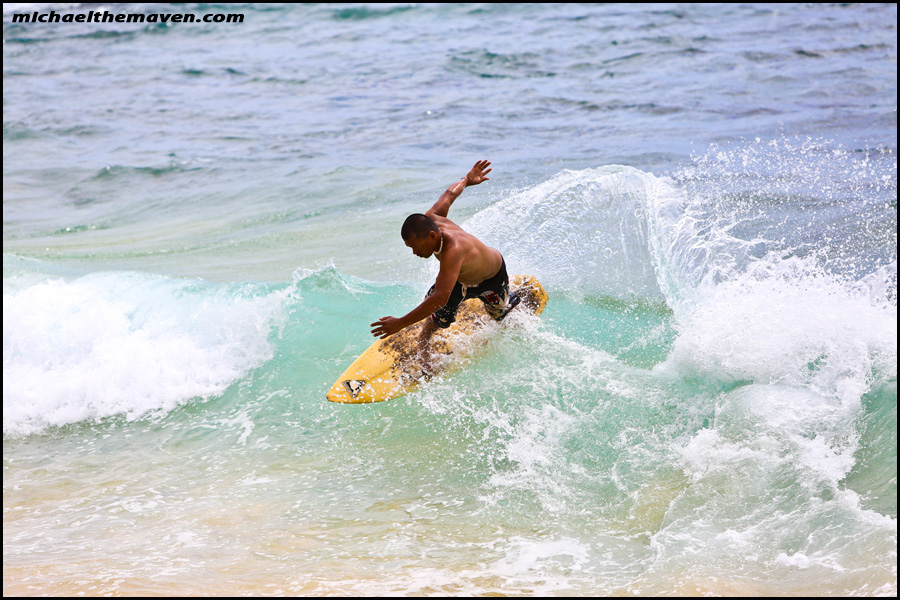 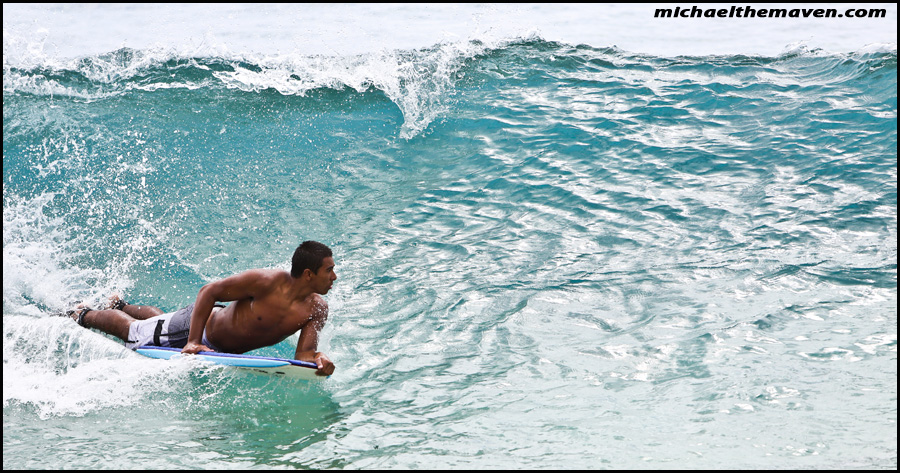 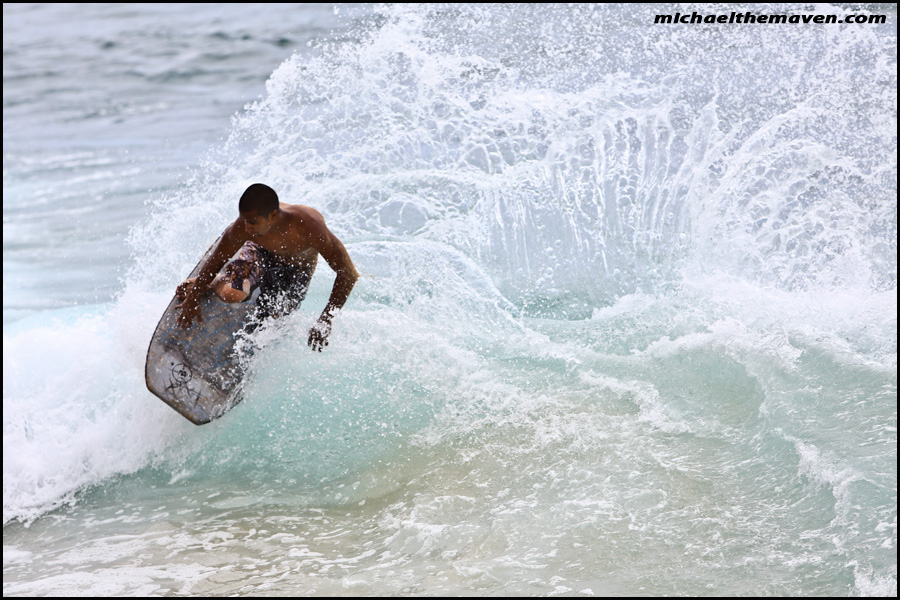 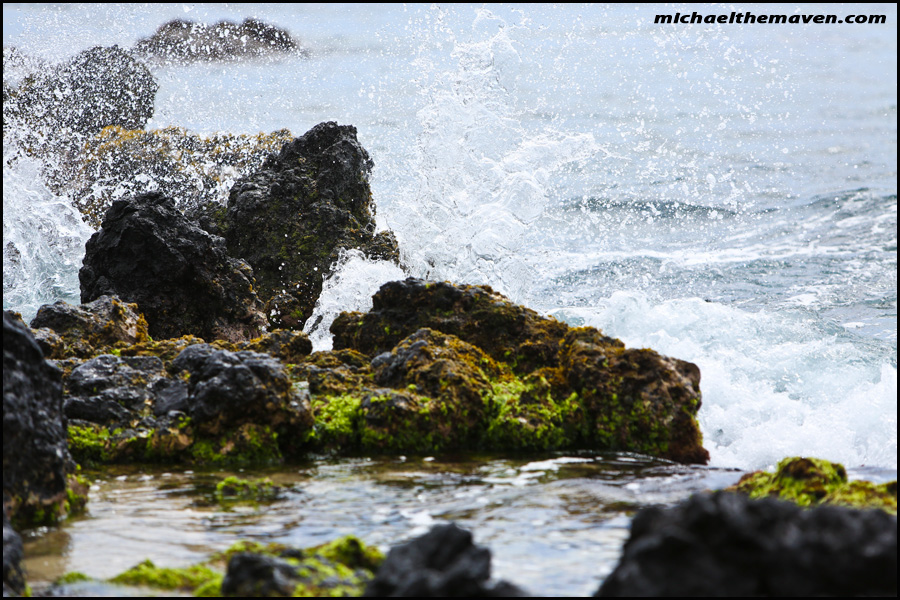 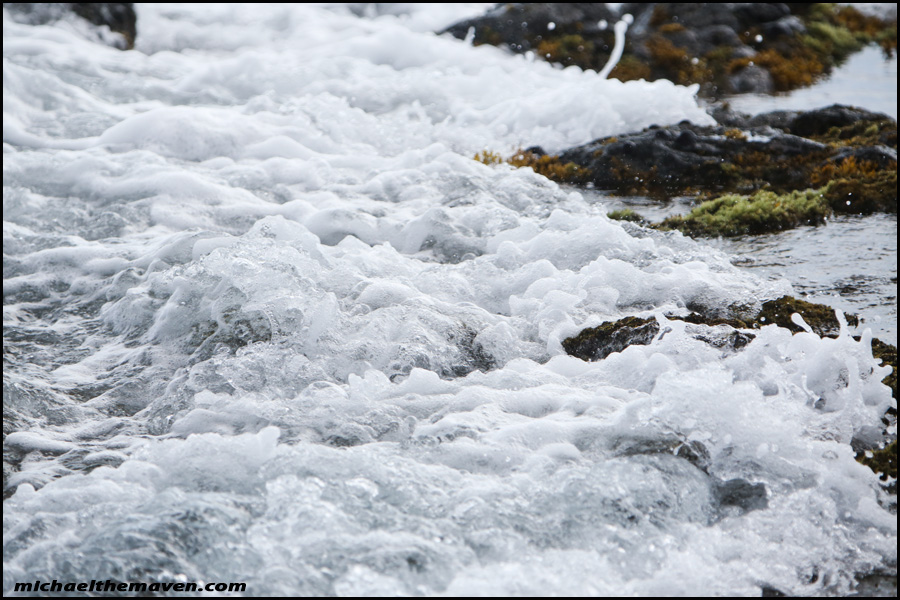