Michael The Maven's 2 Cents: Is this the Canon 5Diii? 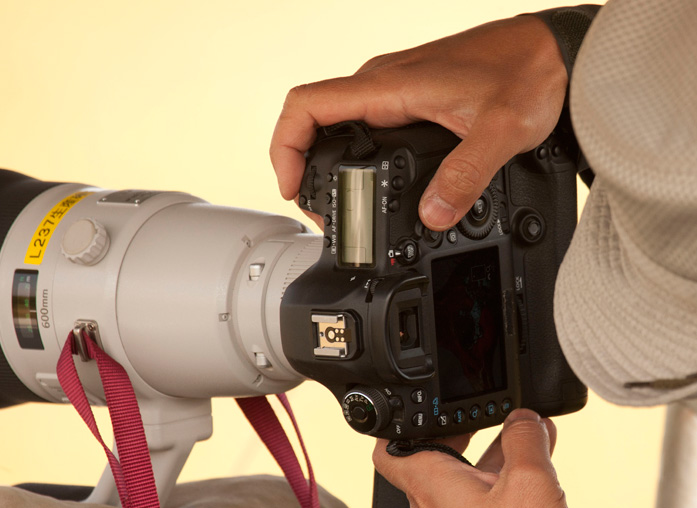 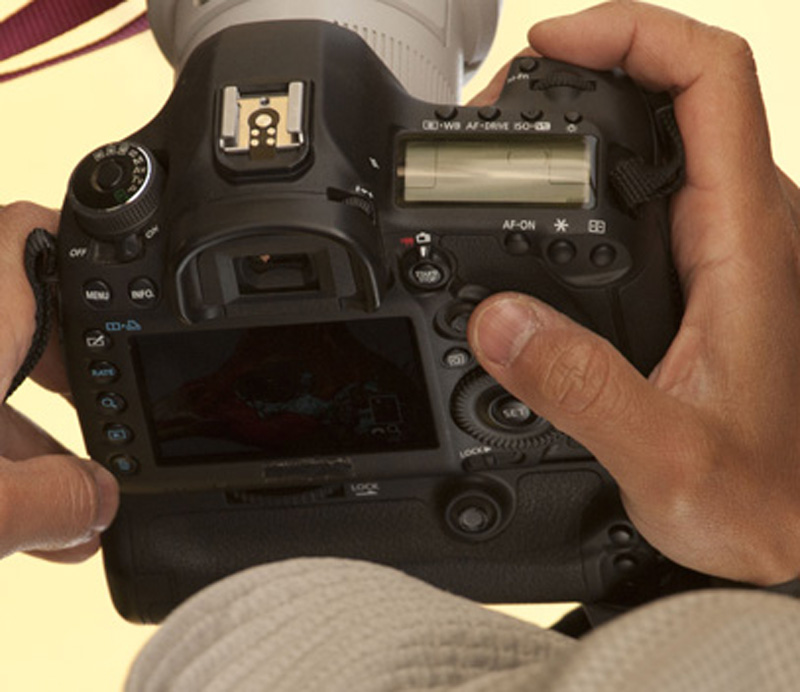 Been getting so many emails and questions about the set of images over on Canon Rumors about the supposed Canon 5Diii spotted "in the wild" that I wanted to post my thoughts on it here.

First let me say, that I very well can be off about this, but I am posting it as Free-Lance-Canon-Analyst-Best-Guess-kinda-thing and will refer everyone to this thread from now until its finally officially announced. For those of you who don't know me or what I do, a huge part of my job is studying Canon cameras inside and out and then teaching beginners how to use them. I have a pretty good understanding of the cameras themselves, as well as how they have evolved feature wise in the past.

Canon is pretty tight lipped about new cameras until they are officially announced. Strangely however, we saw a very, very similar type shot (nearly the same angle in fact) when the 60D images "Leaked". The positioning and everything, feels too similar for this to be coincidence.

First lets go through what I notice in detail about the images, and I can infer as far as new functions go from these details:

#1 - While I know there are other bits and pieces of rumors about the 5Diii floating around, I want to focus on the images alone because I feel these are credible. I do not believe this is a "photoshop hoax". If it is, I will be the first to give an award to the person who did it. The fact that there are multiple images that upon very close inspection look absolutely realistic, suggests this is a an actual, real Canon camera. The photographer also had a 1DX with him, the new 200-400 lens, the new 600mm lens, none of which have been yet released for sale. Probability suggests that these are in fact images of the real deal. My first thought was "Looks an awful lot like a 7D", so I initially concluded it could be either the 5Diii or the 7Dii.

#2- There are many 7D elements on the camera. The Mfn button, rotating live view/video switch, are straight from the 7D, however, the live/view video switch appears a little different, more streamlined. If the new 5Diii has a MFn button, we can almost certainly infer that the focusing systems will also be greatly improved. When the MFn button appeared with the 7D, its greatest use as to cycle through different focusing "clusters", which the 5Dii did not have.
#3- If you look very carefully, and tweak it in PS, you can see that the image being reviewed is an eye of a bird. (See enhanced image of screen shot). The 5Dii as it is now is not a very good sports/nature (aka fast focusing system) camera. This leads me to conclude that if it is a 5Diii, its focusing systems, as well as FPS will be very close to par with the 7D or better.

#4- The viewfinder eye piece is closer to the 7D.

#5- The button below "Menu" almost looks like box with an arrow coming in or out. Very peculiarâ¦ Im not sure about this. Wifi Transfer? I do not think this is a simple "file transfer" button, as it has its own dedicated button instead of the blue icon per printing.

#6- The button under that as reported by the spotter says "RATE". Which means you should be able to rate your images on the fly. (1-5 Stars, which should also import into Bridge or Lightroom). This is consistent with the menu features as we saw in the 60D and T3i and would be consistent with what Canon has done in the past with certain menu features. (Like picture styles for example).

#7- The button under that is a "Zoom" button. Interesting because this photographer is zooming in on an image to inspect it. The inspection box size appears to be controllable with the primary selector wheel. (Typically you have to push the thumb buttons to zoom in or out, while the primary wheel acts as a "jump' button). This set up is also new for Canon cameras.

#8- The Big Thumb wheel appears to be extremely similar to the 60D, without the directional pad (as there is still a joystick). The Set button looks bigger. The ISO button also has a little dimple- this is something we saw on the 60D, though the shape of the buttons were more flat. Curved power switch also seems to be more 60Dish than anything.

#9- No articulating monitor- This is something we have seen on the T3i and 60D. Probably safe to say that this is magnesium allow body. The beveling around the monitor is also unique (neither the 7D nor 5Dii had this particular shape).

#10 - The monitor appears a touch larger, at least proportionately speaking.

#11- There is no pop-up flash. Also upon closer inspection, the top of the camera, from the hot shoe forward is absolutely the shape of the 5DII, and NOT the 7D. (7D's is much wider).

#12- Mode Dial appears to have a "locking button" per the 60d. But this one is more flat, svelte with the top of the dial. There are mods you can have done for about $100 by canon, so this may not be standard.

#12- The Battery Grip has a joystick. This is new.

So, if I had to say one way or the other, what are we looking at?

For me, most of it comes down to the absence of a pop-up flash, which would seem to eliminate the 7Dii possibility. I think it would upset a lot of people if the 7Dii was missing the flash (and more importantly the built-in flash transmitter), and it just isn't consistent with what Canon has done in the past (removing features from the previous #D mark x model ). It would be consistent however for them to release a new 5Diii that out shines the 7D, persuading 7D and 5Dii owners a like to upgrade.

If someone was putting a gun to my head and I had to say one way or another: I think we looking at the 5Diii.

If the 60D photo 'leak" is any kind of an indicator, I also think that we will be hearing an announcement from Canon on the 5Diii within the next 1-2 months. (That is extremely conservative, after the last leak it was a few days).

I seriously doubt Canon would let something like this slip out unless it was nearly ready to go. The 5Dii replacement is way (as in waaaay) past due. If it is, I will be the first in line to get it!