If you aren't using this yet, I would definitely recommend looking into it. We are already looking at integrating it into our online store.

In order to accept credit cards, retailers typically pay about 3% + .30 per transaction. For a $10-20 purchase this obviously isn't very much, but for purchases of several hundreds or several thousands of dollars, over several years, that 3% really adds up.

Dwolla has figured a way to let users make purchases directly from their bank accounts and they charge a mere $.25 per transaction. While it seems pretty obvious, no one else has implemented it on such a wide scale. If retailers are able to convince enough of their customers to use it, it should translate into an instant 3% greater profit from each of those transactions where customers would have used a credit card. Over the course of a year, depending on the business, this would amount to several thousands of dollars saved. While banks and merchant services companies would obviously not like this, retailers, business owners, and even customers would see huge positives of using it.

Dwolla also has an app out there that will let you send money to retailers at the purchase point, so no credit card altogether. Dwolla (or other start ups that are sure to copy it) will present a huge level of competition for other online banks.

If you are already using online payment methods, you are going to want to look into using Dwolla: 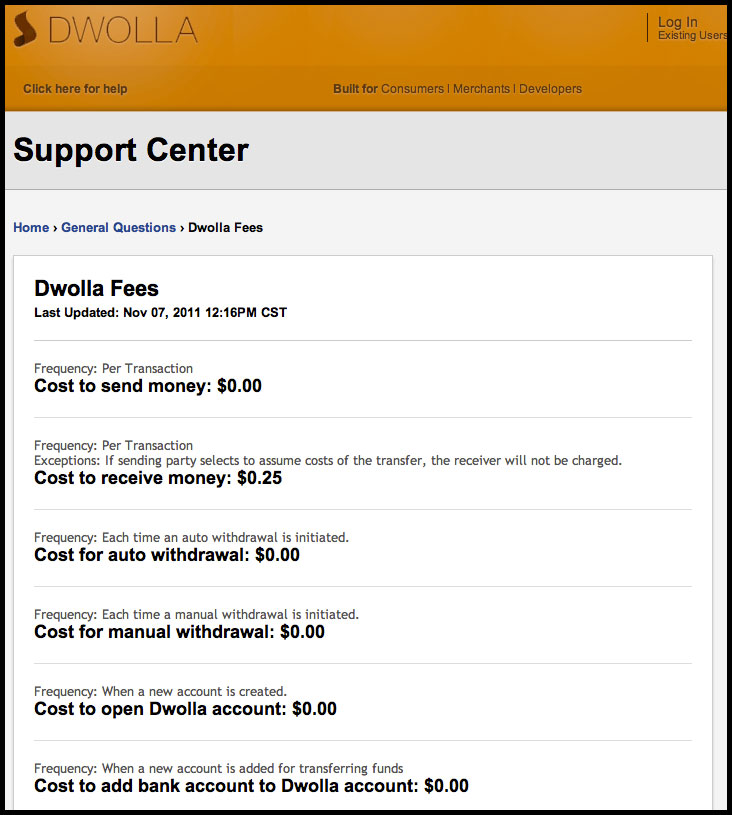