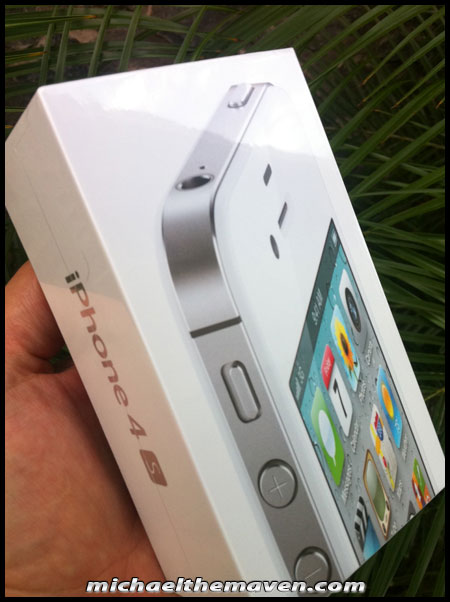 Having an iPhone 4S now for a few days I have to say that I'm much more impressed with the voice recognition system than anything else. Siri is great but seems a little bit limited in what can actually perform - I do see this being improved over Time.

The voice recognition system however allows you to dictate text messages, emails and even make notes simply by speaking into your iPhone. The keyboard has an integrated microphone next to the keyboard and this is even something that you will see in our contract maker apps. 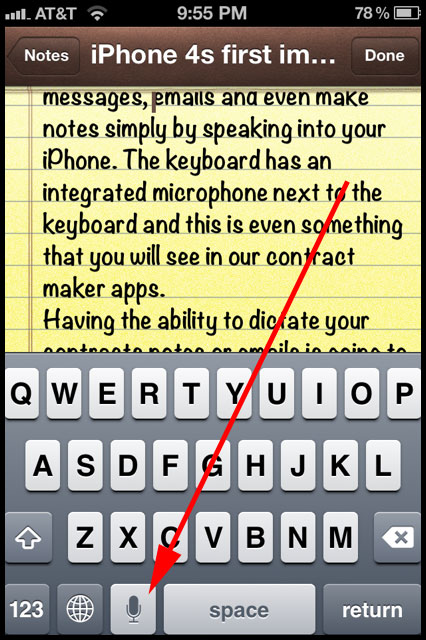 Having the ability to dictate your contracts notes or emails is going to be a tremendous timesaver instead of trying to type it in with your fingers on the small keypad. I remember typing very very long entries in by hand while I was in Haiti and Japan in it took over an hour to do each time. While the grammar is not perfect, for the most part I would say that the voice recognition gets it right about 98% of the time if you're in a quiet room. It is exciting to me to realize that this technology will only get better over time and we're seeing a new phase in personal computing of devices where voice recognition is going to be a major player. I would expect that we would see it on the iPad and iPod devices in your future.

If you were debating on whether or not to upgrade from an iPhone 4 to an iPhone 4S I would say that the voice recognition system alone is absolutely worth the money. (Voice activated text is not available for any other model right now, including phones which have upgraded to iOS5).

Siri takes it to whole new level in that she is able to perform certain tasks on your iPhone for you to just setting alarm, appointment or reminder. She's also able to do Internet searches, call, text message. it's very very handy however I am finding there're some things that Siri cannot handle at this time. I expect near future that she will be up to operate apps as well.

The camera which comes on the iPhone 4S is significantly better you will notice an immediate difference in sharpness between the iPhone 4 in the iPhone 4S's images if it is focused correctly. The camera also operates much faster than before.

I have not had a chance to experiment with iCloud a lot yet however I have already exceeded my 5 GB storage space and have also already upgraded. I think the real power and iCloud is going to be with the music and purchase integration.

The best part about this blog entry is that it was entirely dictated into my notes on my iPhone and I made a few grammatical corrections here and there what would've taken me several minutes to type is going to take me one or two simply speaking into my iPhone and pressing save.