On the evening of my first full day, we returned to the Shwedagon Pagoda for our evening shoot of the Full Moon Light Festival.

On the evening of my first full day, we returned to the Shwedagon Pagoda for our evening shoot of the light festival. Because this is considered holy ground, one of the requirements is that all visitors remove their shoes. Jack and his good buddy who we called "Poky" were there to carry our gear and assist with lens changes and the like. Paul Broman brought a Canon EF 600mm f/4L IS II USM and a Canon EF 2.8L IS II USM. These are not small lenses. He also had the new Canon EF 8-15mm f/4L Fisheye zoom which was really great to play around with.

I was happiest with this image, even though it was taken about halfway through the night. As expected, we didn't have a lot of good ambient light, and when shooting really large crowds, its not really doable with Speedlites even though we had 4 between us.

I noticed that there were a lot of people walking behind the main crowds of worshipers, which meant they were in a constant state of flux. The worshippers however were pretty much stationary. I figured if I could get my tripod high enough, set it on timer and get about a 1 second exposure, we would get a really interesting image. (The longer exposure would also allow me to really soak the sensor with light without bumping up the ISO.) Poky brought a ladder and I was able to wedge my tripod in at the top. Switched to 2 Second Timer, focused in Live view and let it fly

This is the result: 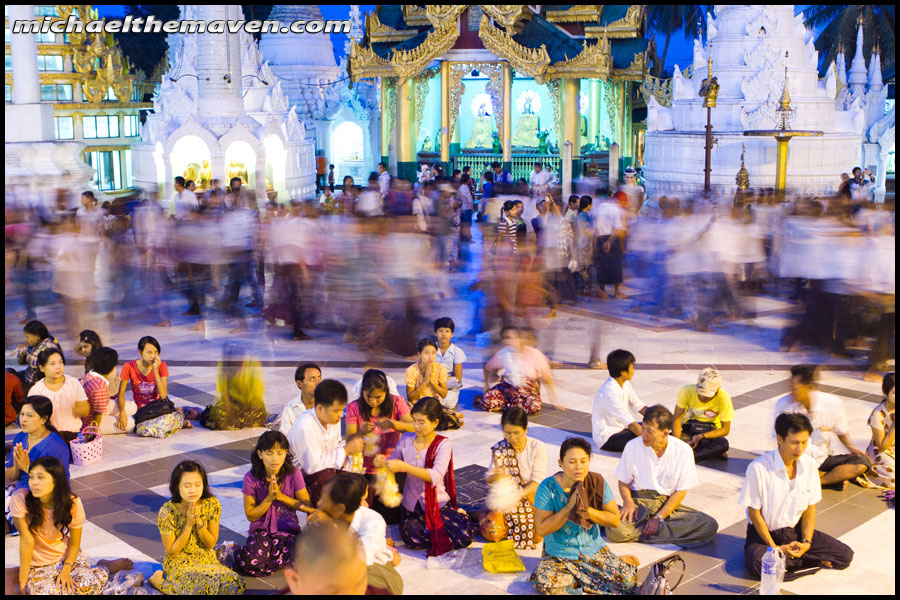 Little bit better view of what it looks like up close: 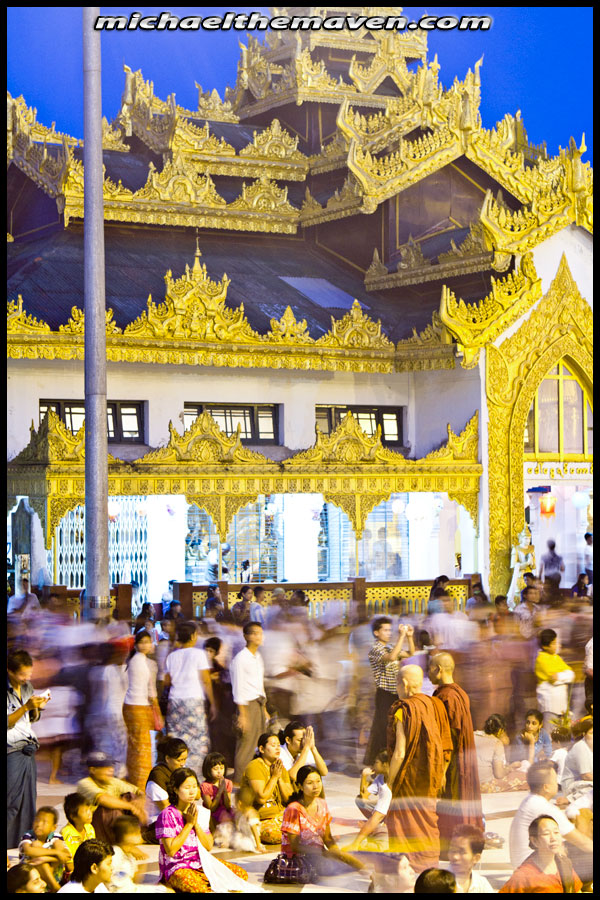 I decided to use this same technique to do portraits for Jack and Paul with the main caution of "Dont move!". 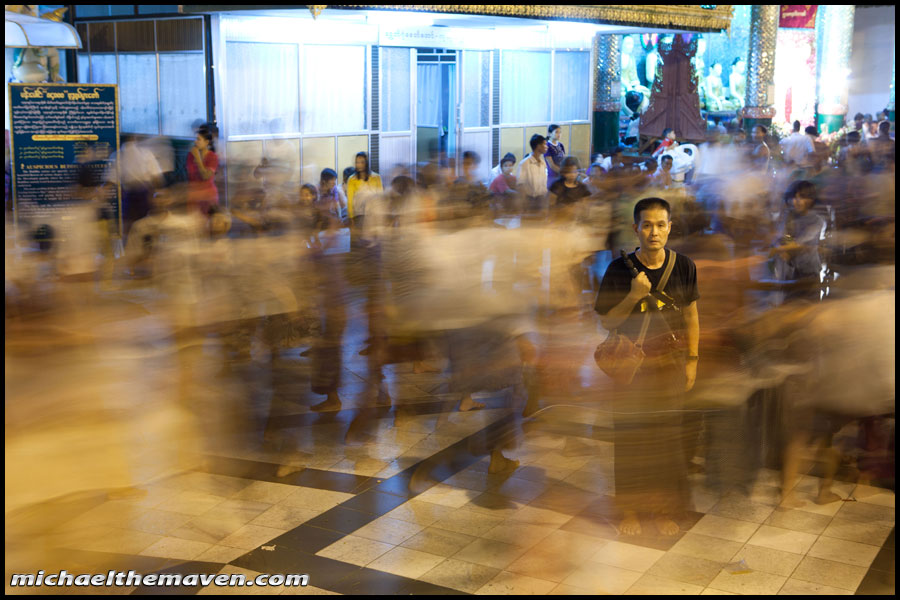 Here are some more shots from the shoot: 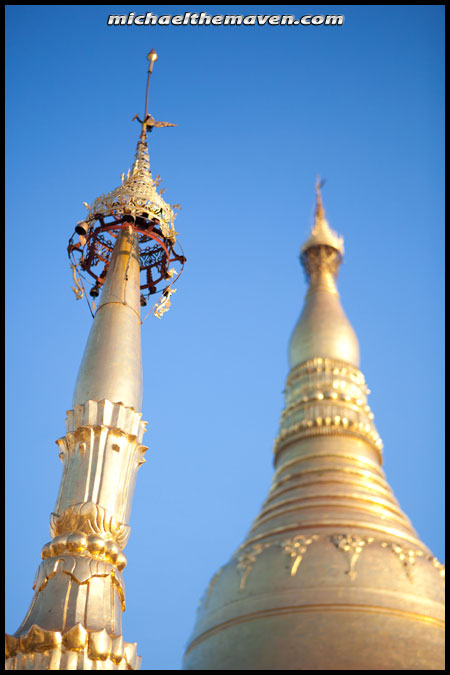 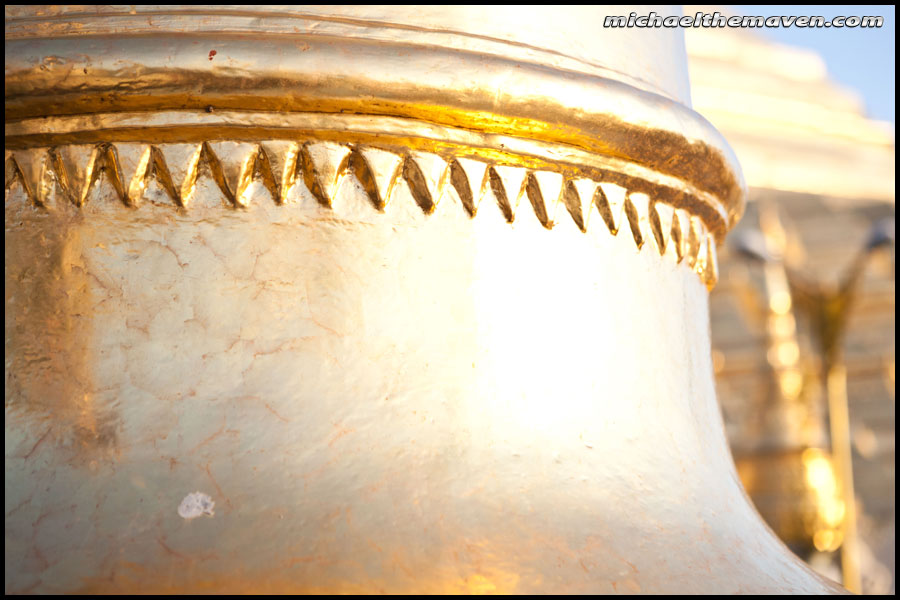 We had special access to one of the towers. 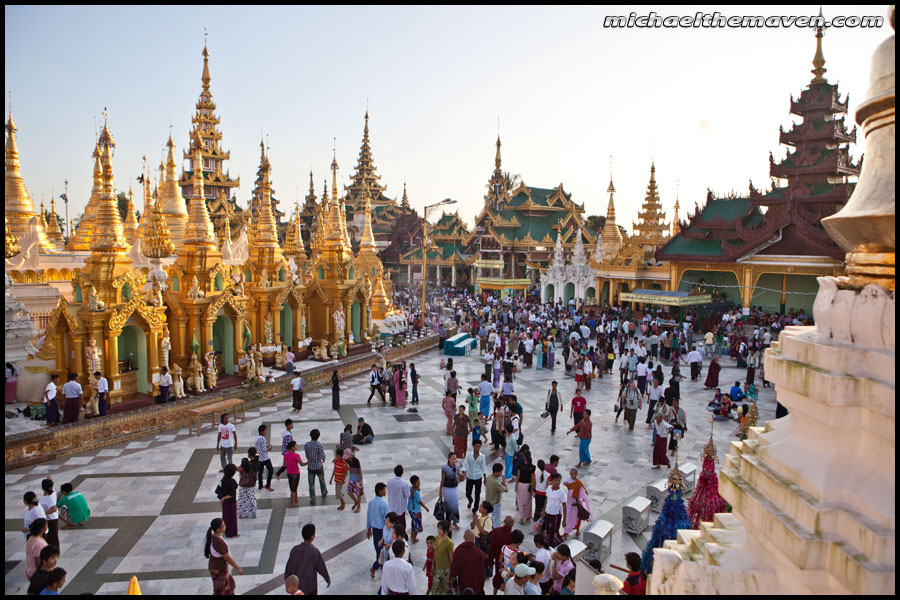 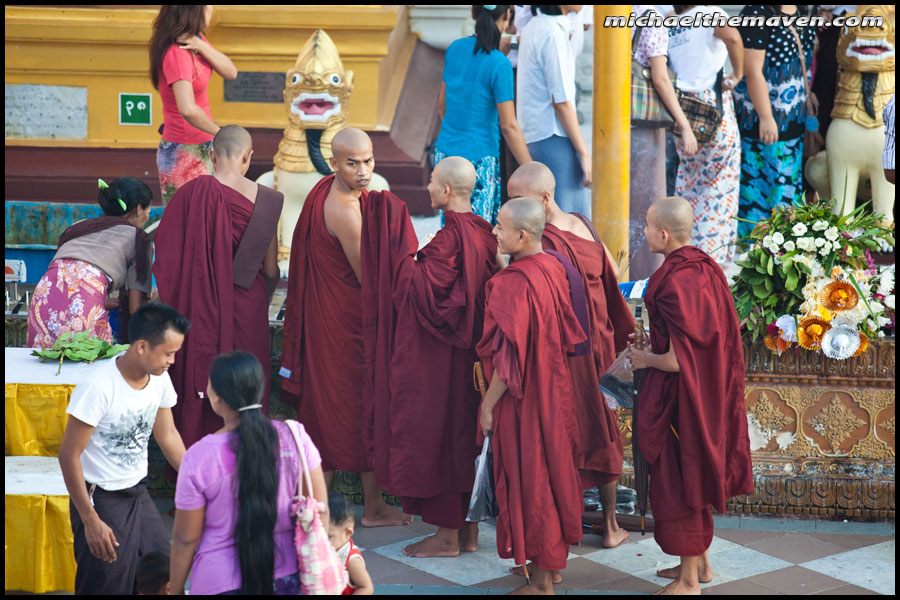 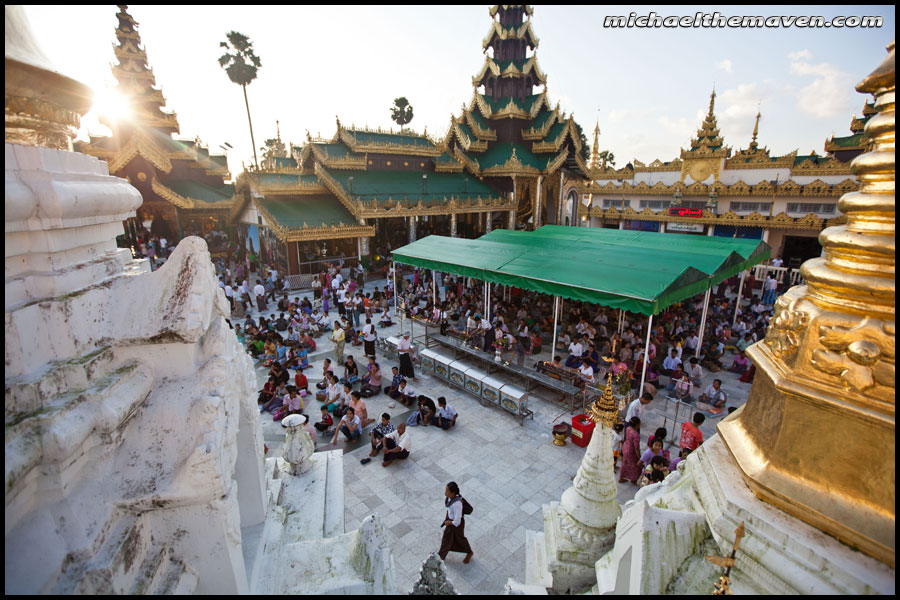 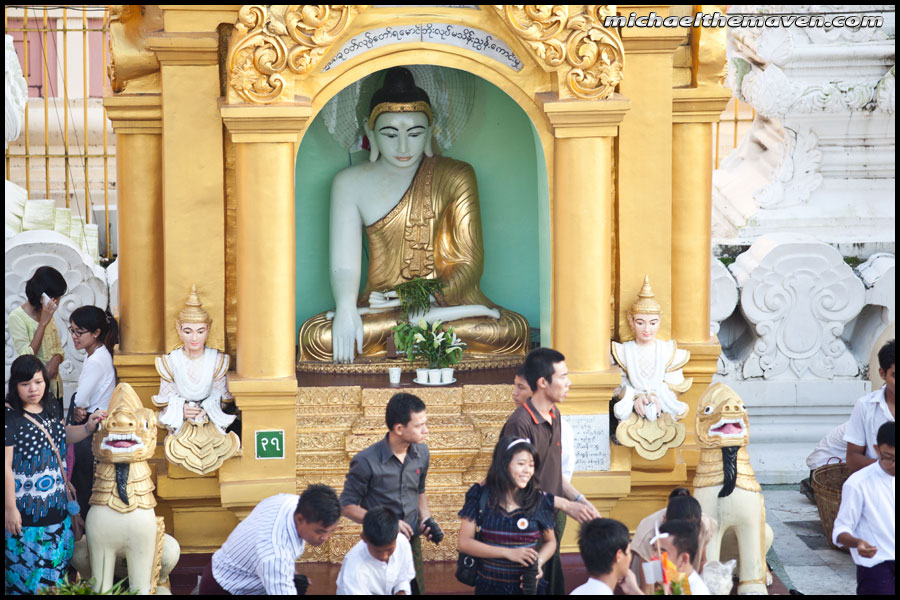 They would bathe this little budda in water. Not sure what the deal was with that. 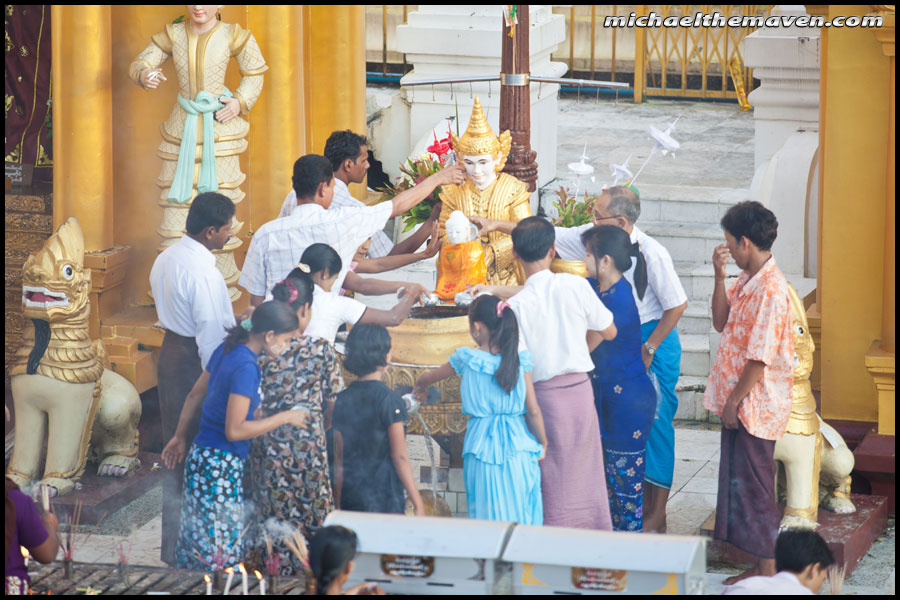 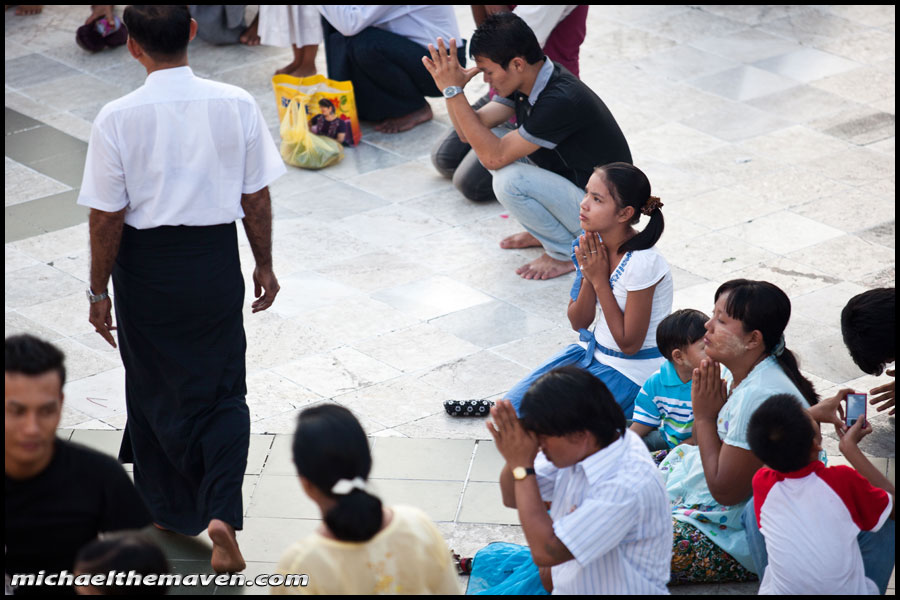 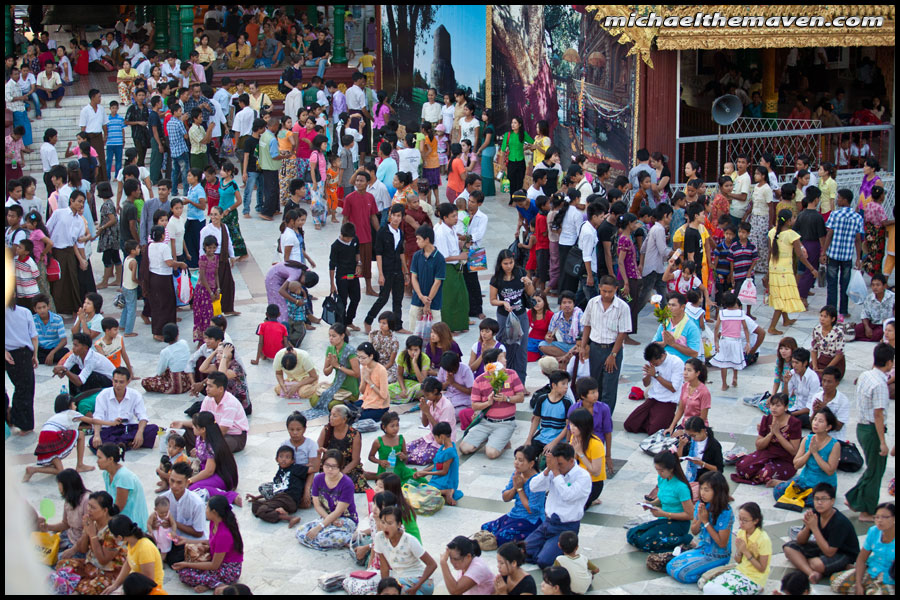 Lots of candles. Like more than a few dozen: 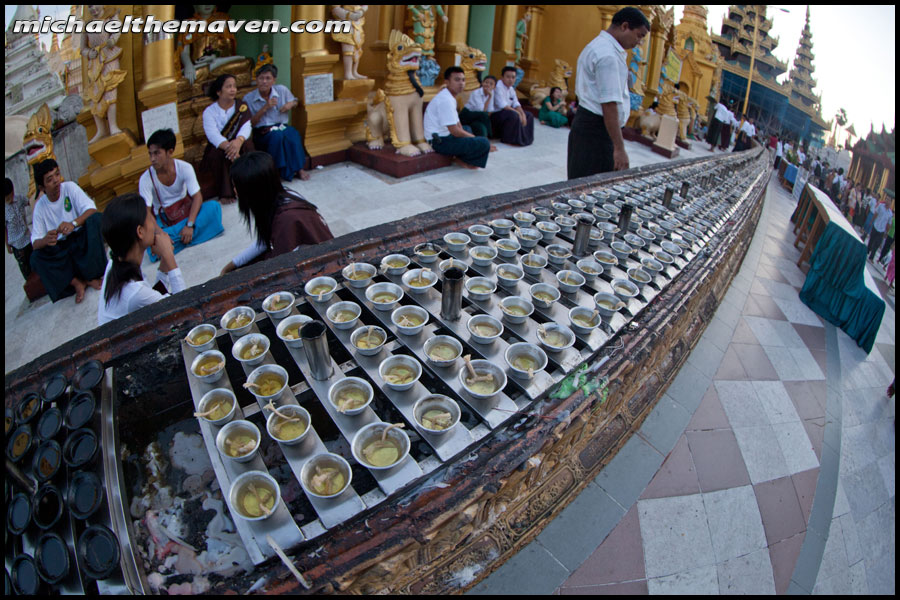 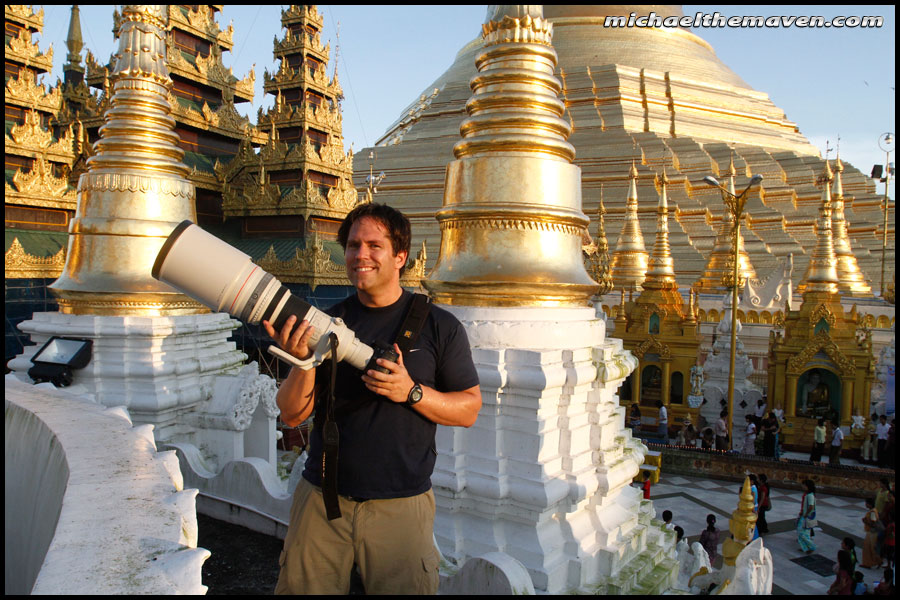 You can get some really interesting shots with the Canon EF 8-15mm f/4L Fisheye. I tested it a month ago and didnt like it. Im a bit of a fan now. This shot was composed by pointing it straight up in the air. 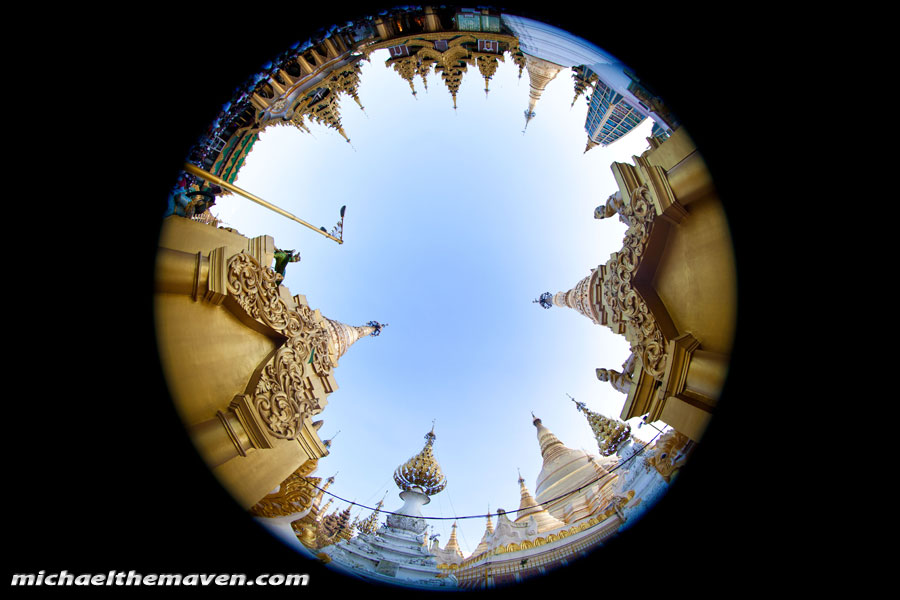 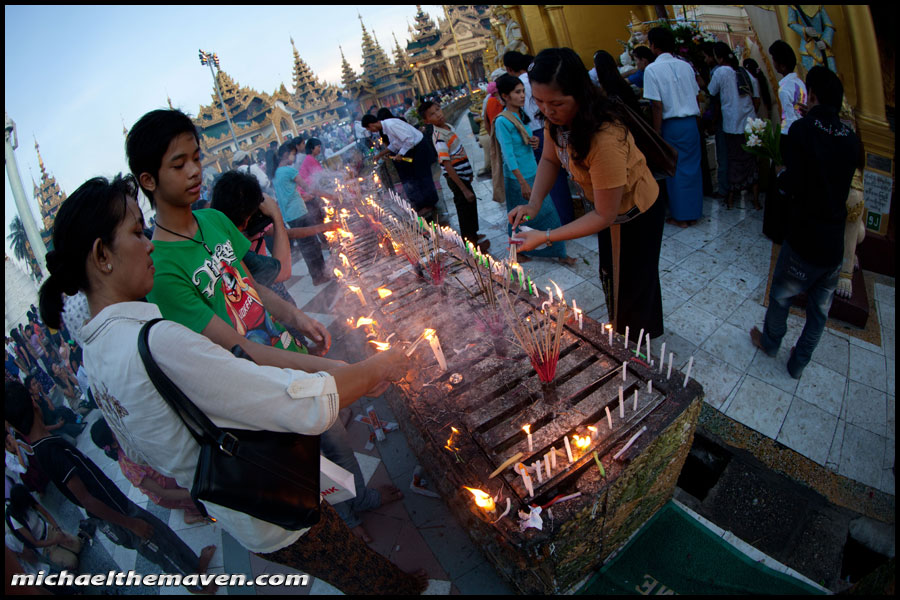 I liked the variable zoom on the Canon EF 8-15mm f/4L Fisheye thats what makes it such a nice lens, the ability to control exactly how wide you want to go instead of being locked into 14 or 15mm. 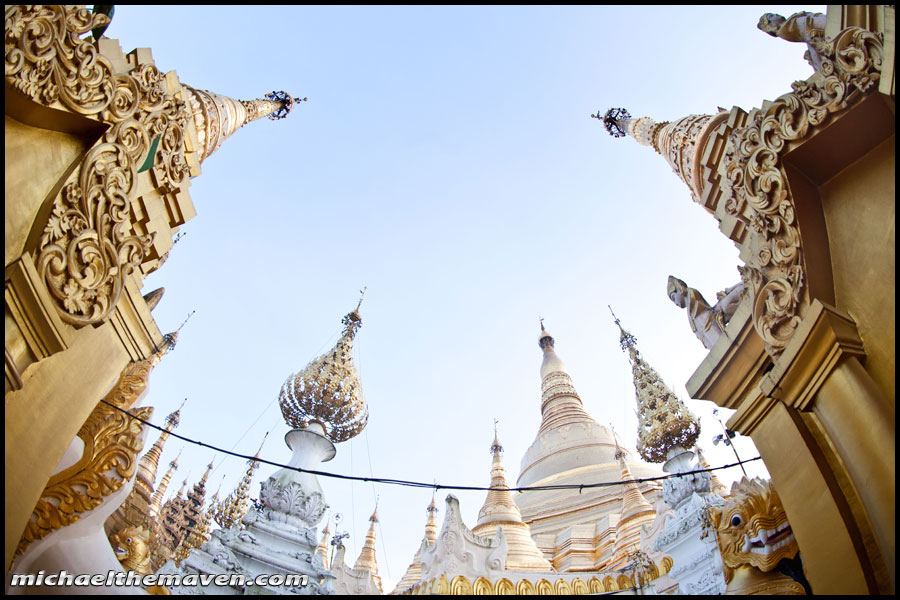 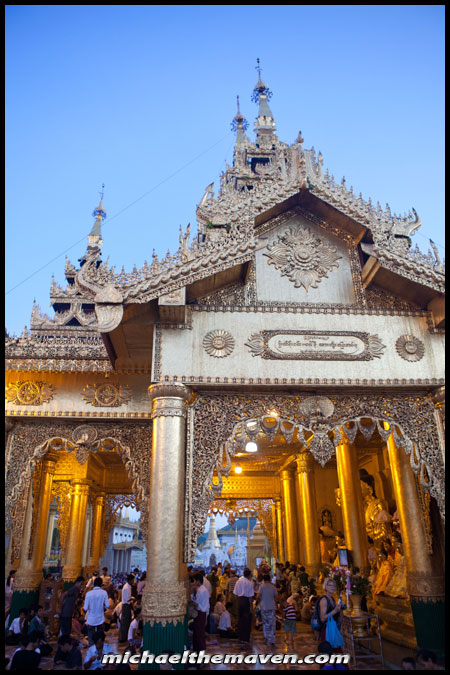 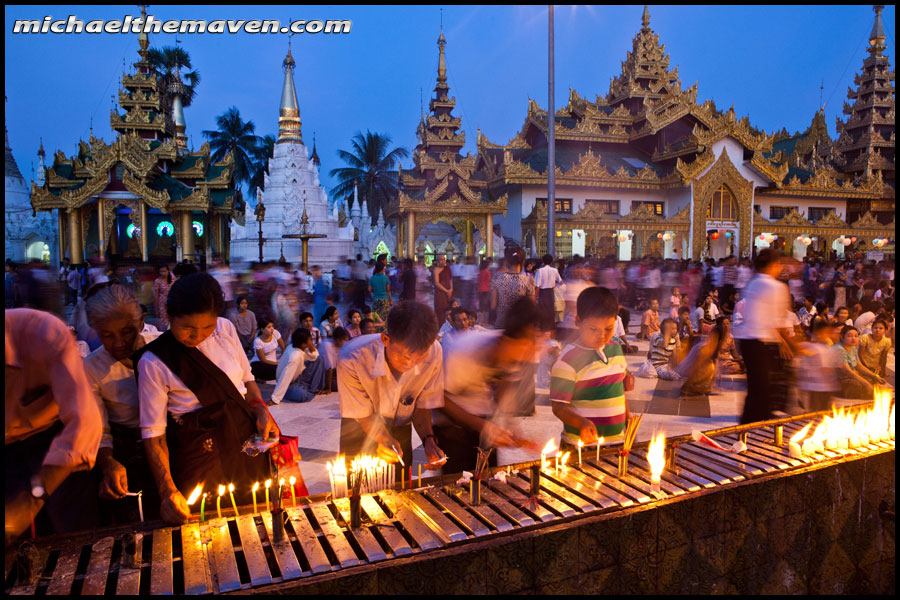 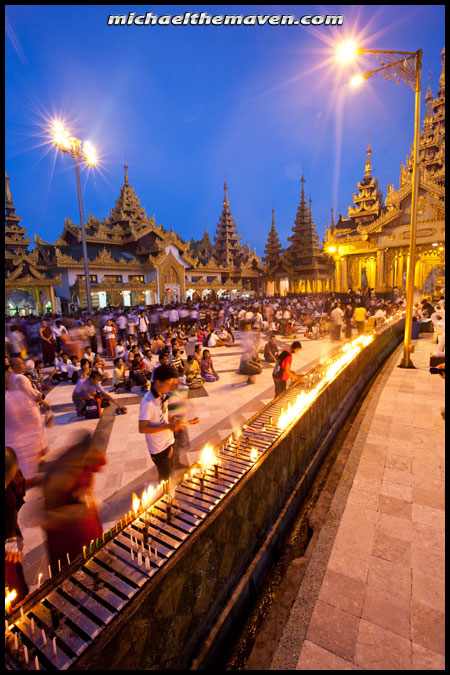 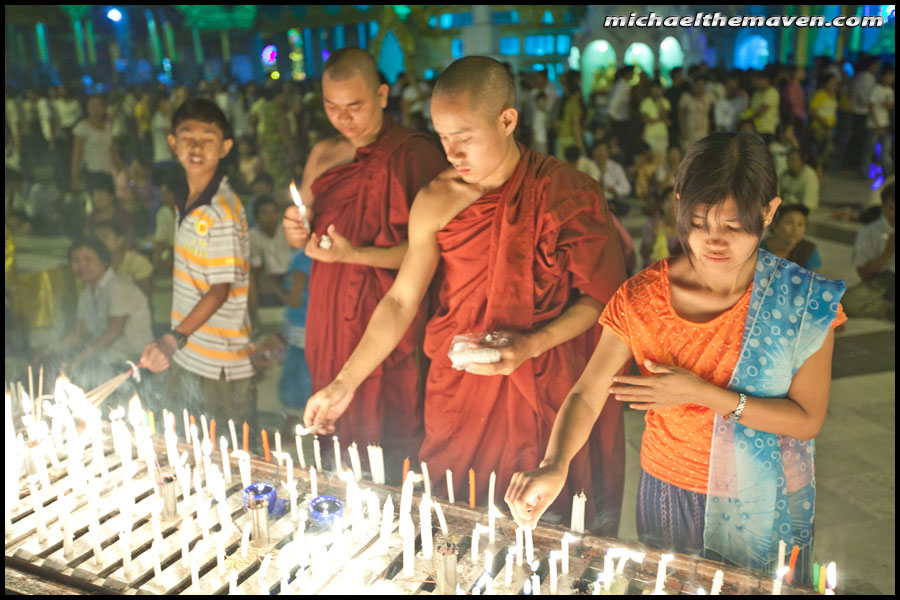 These little girls are nuns in training. 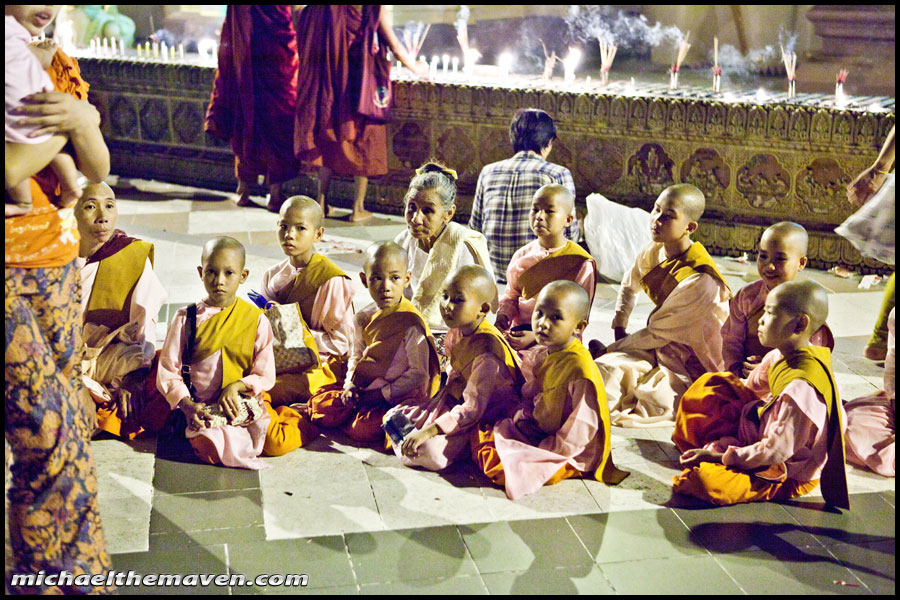 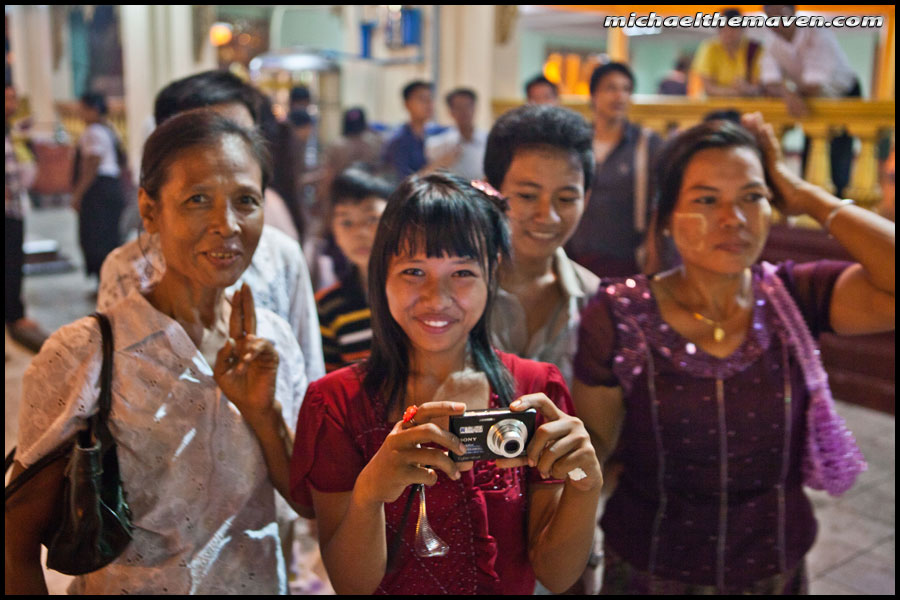 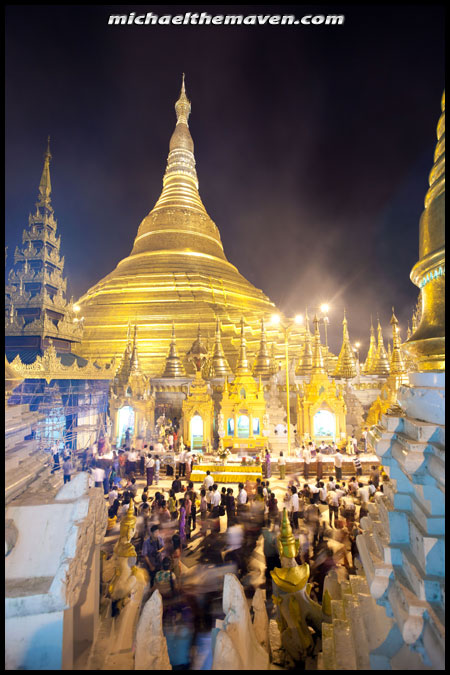 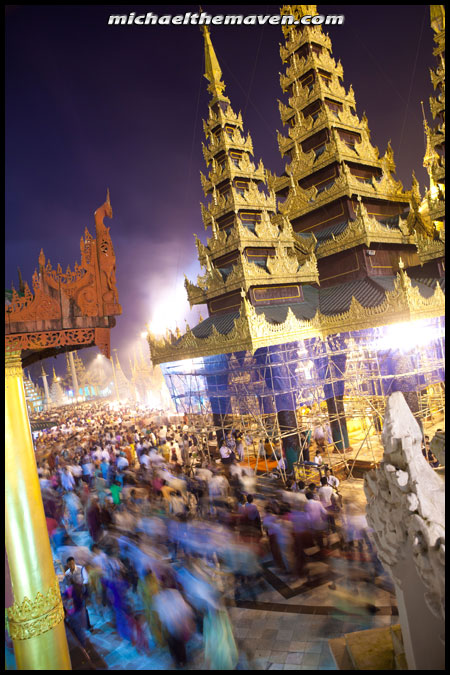 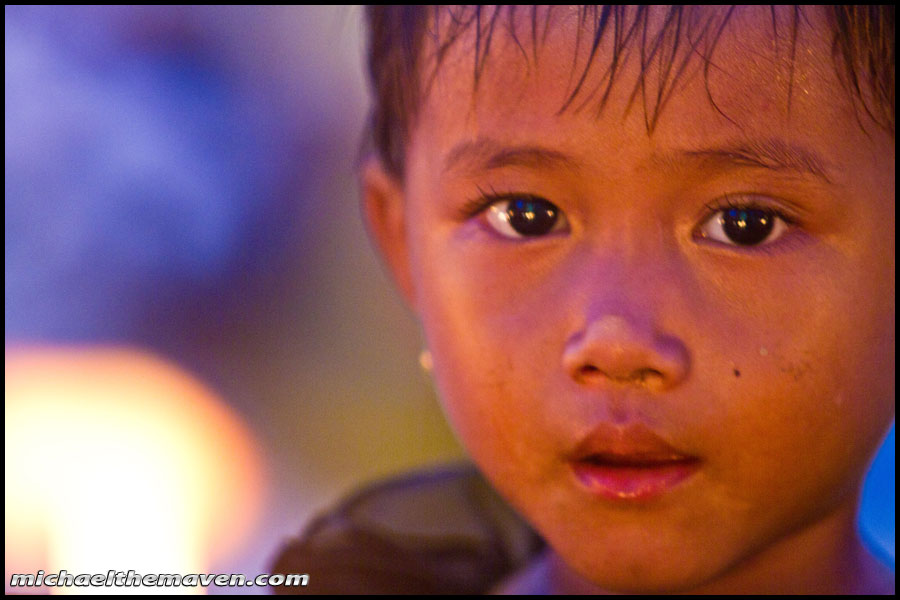 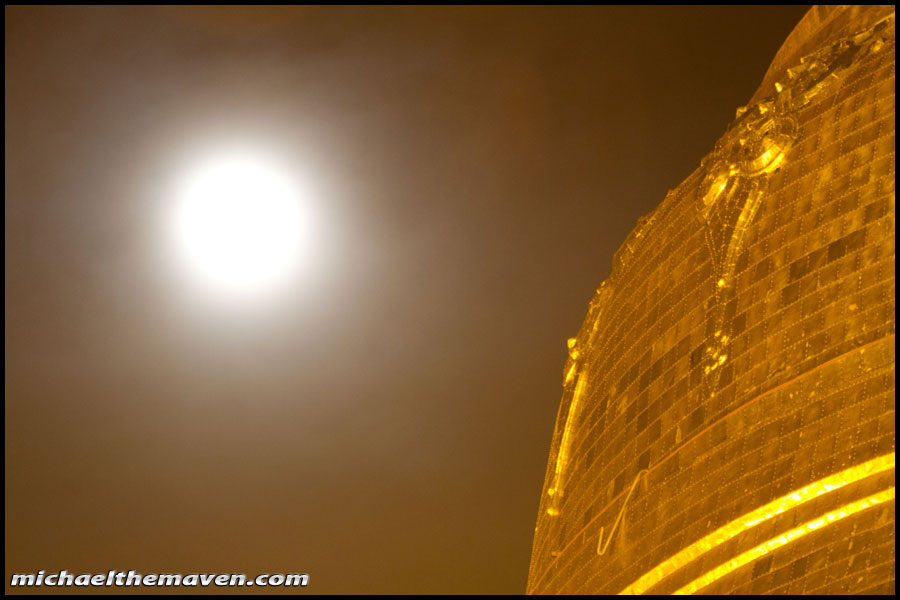 It was a very hot and sweaty night. But SO interesting and a fabulous shoot. Having Jack and Poky there to carry our bags was HUGE. 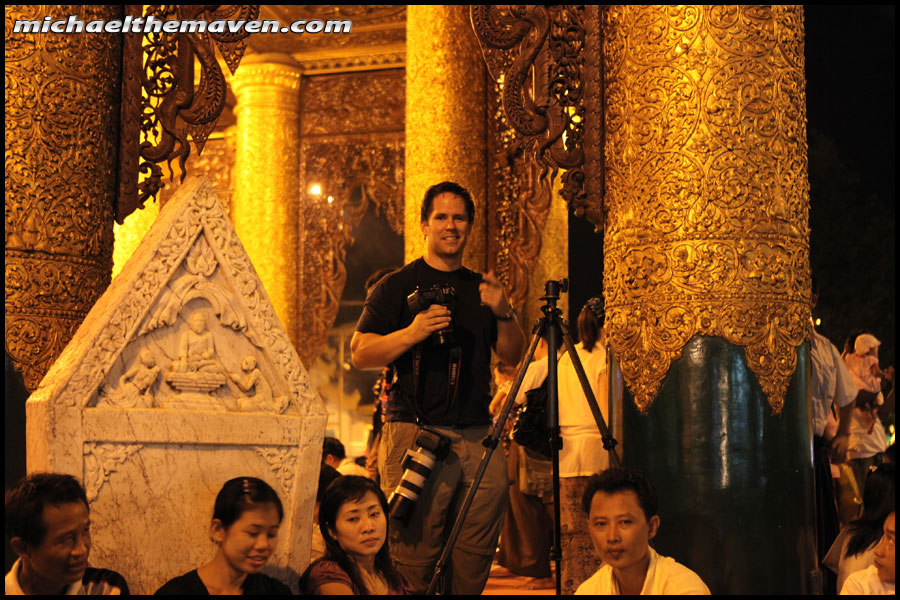 This is Jack playing around with the 8-15mm. It really does make for some cool shots! 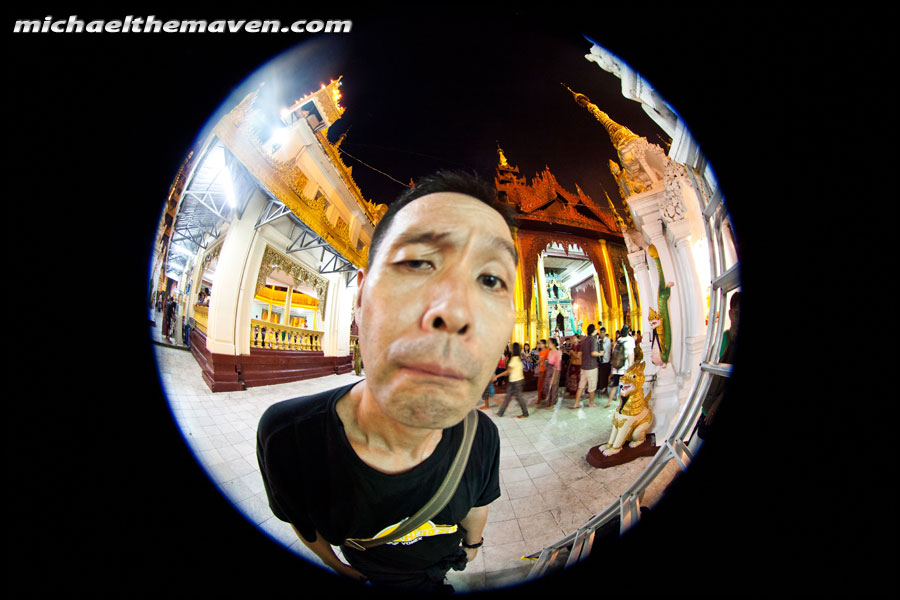