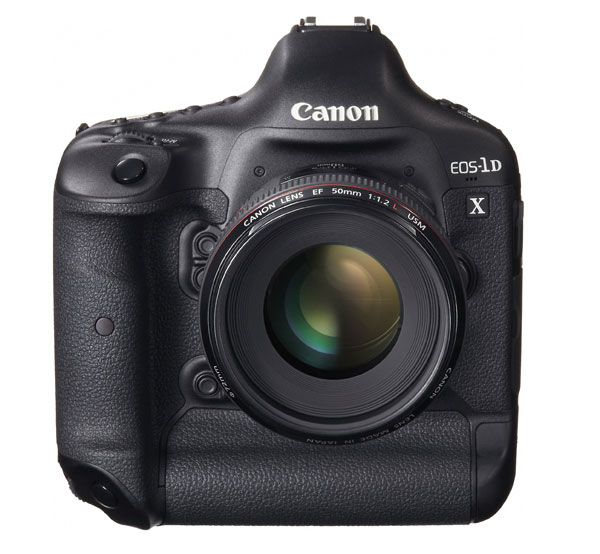 Canon has announced its new flagship camera, merging the 1D Mark 4 line with the 1DS Mark 3 line. Its quite impressive. Some of the specs that jump out at me:

- 2 Digic 5+ Processors, with 1 Digic 4 Processor for metering (Yes 3 processors)
- 18 MP sensor (fewer megapixels than the 5Dii, but an actual larger pixel sensels about 8% larger than the 5Dii. Should make for very rich color sampling).
- 12 fps shooting in RAW (That is ridic fast).
- New Tracking Focus System
- 61 Point Auto Focus
- GPS Module Compatibility - GPS Receiver GP-E1
- Multiple Exposure Mode (Think of HDR type Shots)
- Rated to 400,000 exposures (most Canons are rated to 100,000, and 300,000 for the EOS-1D Mark IV)
- 204,800 IS0 (Canon assures that the 1DX is the cleanest camera they now offer in terms of ISO noise).
- There are some nice video upgrades, like camera syncing, longer record times and timecode stamping but nothing too revolutionary.
- New EOS System Monitor screen shows total shutter actuations (bout time! lol)

This should also give us a bit of a peek of whats coming for the 5Diii.

You can read the full press release at Canon Rumors

BTW- Speaking of 5Dii's. If you own one and primarily shoot video with it, a trusted source has told me that now is the time to sell it before everyone else does come early November.