In addition to the group shot below, I found that jumping with the kids and taking their pictures in mid-air worked out for some great shots. Most of these didnt work out because it was getting dark and it was nearly impossible to focus, but these two came out really great. I think it captures Warren's daughter's energy and playful spirit. 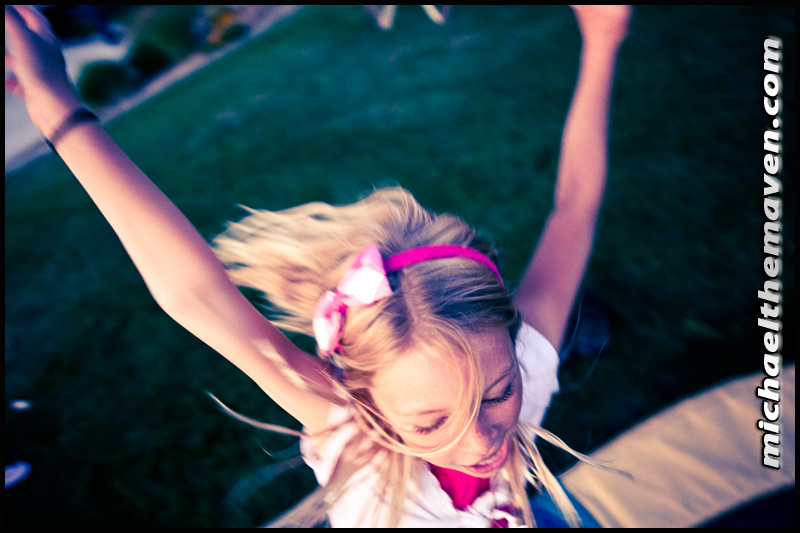 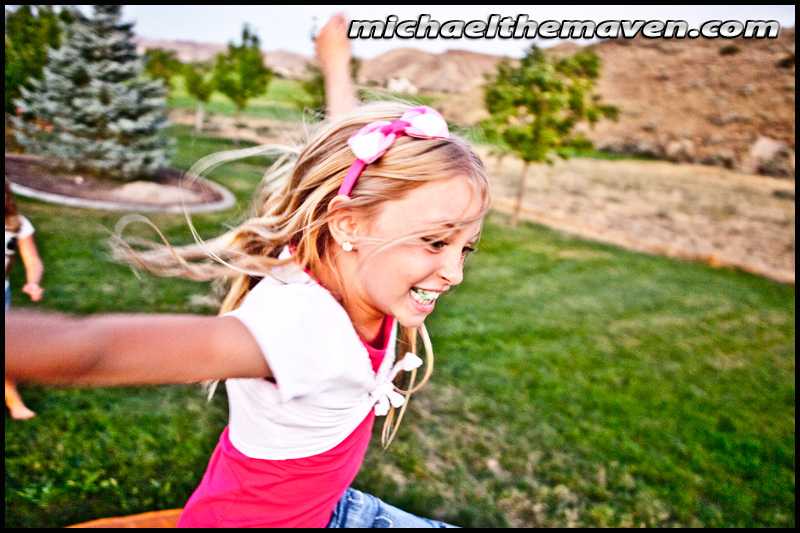 A new thing they loved was simulating "Karate" fighting. They couldn't seem to get enough of it. With just a little cropping, I thought some of them turned out pretty interesting. Warren's daughter is really good at pretending to be attacked- the amazing thing was, there was absolutely no contact. We had a lot of laughs over these. 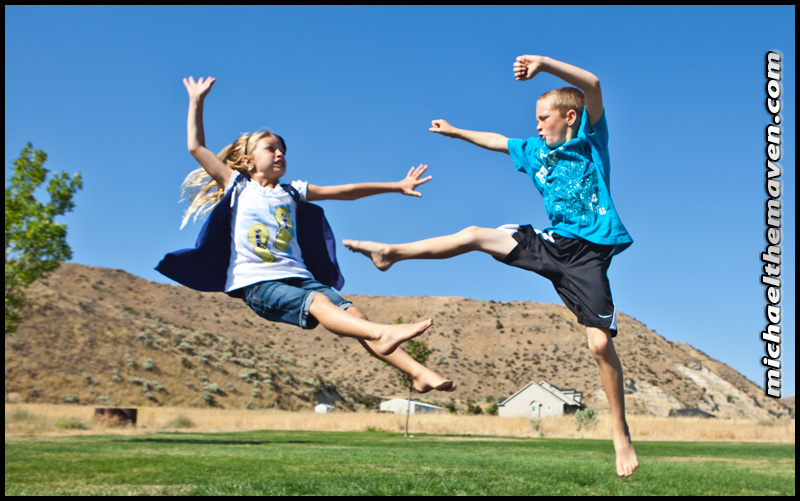 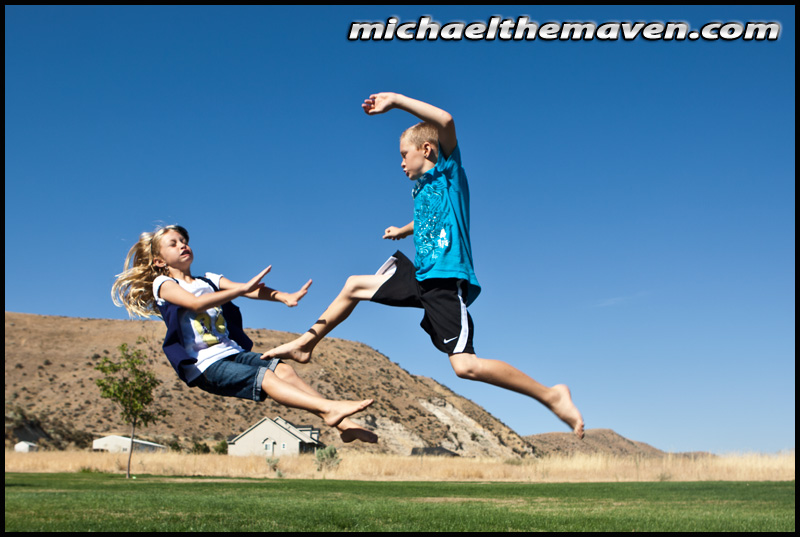