I remember hearing so much about the tilt rotor Osprey V-22 growing up (Tilt rotors allow it to take off like a helicopter, but fly like a plane, sort of like a real life transformer- it is very unusual- first of its kind). I remembered hearing about how it was plagued with crashes and mechanical failures, the incredible expense, and the talk of scrapping them, etc. I decided read up about the V-22 Osprey on Wikipedia because I could have sworn I saw them flying around in Haiti.

Turns out, Haiti was the very first time Ospreys were used in a Humanitarian effort., though their first military service was in Iraq in 2007. Last night I was looking through some of my pictures from Haiti, and sure enough, I did have a single picture of one. It was taken on Jan 31st, just a few days after their first mission there.

Kind of amazing how long it takes to develop a new aircraft, yet also amazing that they were able to work out all the issues they had with it. I have read that while they are expensive, they have given our troops a tremendous increase in range and speed of delivery. 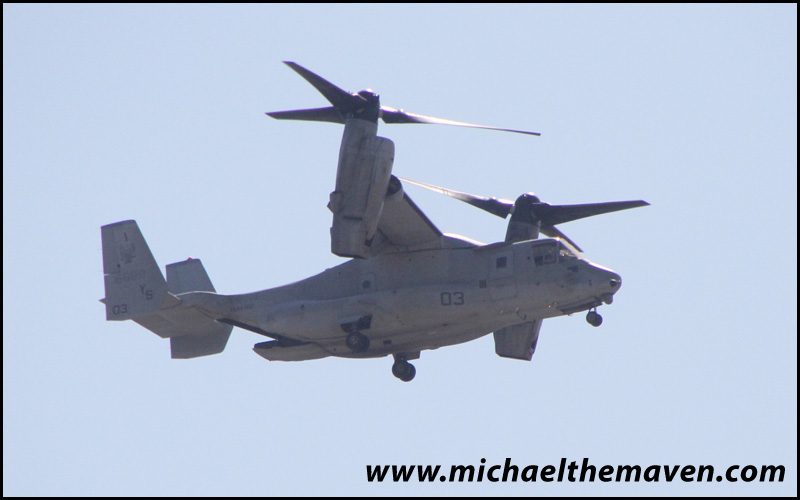