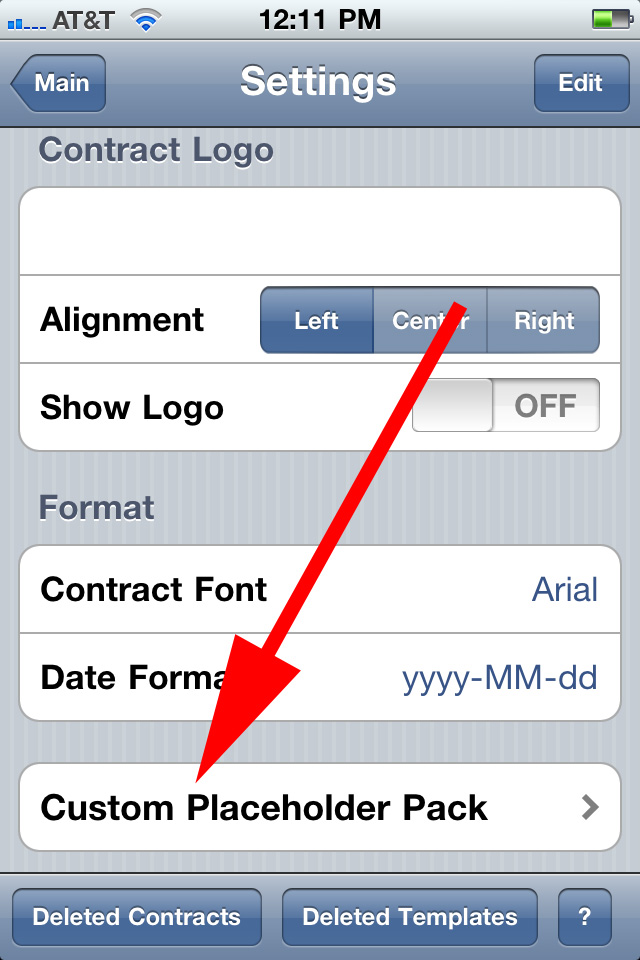 I can't believe I haven't posted any information about this, it's probably because I was in Japan when this update posted to the App Store but there is a new feature in the most current version of Photographer's Contract Maker that will allow users to upgrade to nearly all of the current customization placeholders from Contract Maker Pro. This way customers will not have to re-install their contracts or make any changes, they can just keep on using PCM as they had in the past. CMPro still has a few extra features, but functionally they are very, very similar after the upgrade. PCM will still do all the basic syncing and merge features without the Placeholder Pack for those that do not want it, but the customization features are very powerful.

The upgrade option can be found in "Settings" and costs $1.99. (The price difference between CMPro and PCM). Also, please note that if you are using the App on several devices under the same account name, you only need to buy it once- it may appear as you are paying for it a second time, but when you install it on a second device, the App store should recognize your user name and allow you to install it for free.

A new App is being submitted to the App Store either tonight or tomorrow- not ground breaking, but a nice change up in marketing strategy. I have no idea if it will work or not, but it is definitely worth trying.

Just a heads up, Photographer's Contract Maker has been selling at an "Introductory Rate" of $2.99 for over a year now, the price is about to go up a little. I've done a little research and learned a few things:

1. The are no other Apps like PCM and CMPro on the Market as far as customization and flexibility features go (in fact, not even close).
2. Continual development is expensive.
3. Nearly all of my App customers say it is worth more than I am selling it for.