Pictures of Michael In Japan

Even though I was in Japan for nearly a month, there were only a handful of times I had pictures taken of myself, and I thankfully I was able to get access to some of them. Most of these images were taken by Joshua Broman, but several different photographers contributed.

It really all started with loading boxes. Lots. Of. Boxes. For nearly a week. At one point I had bruises up and down my arms. 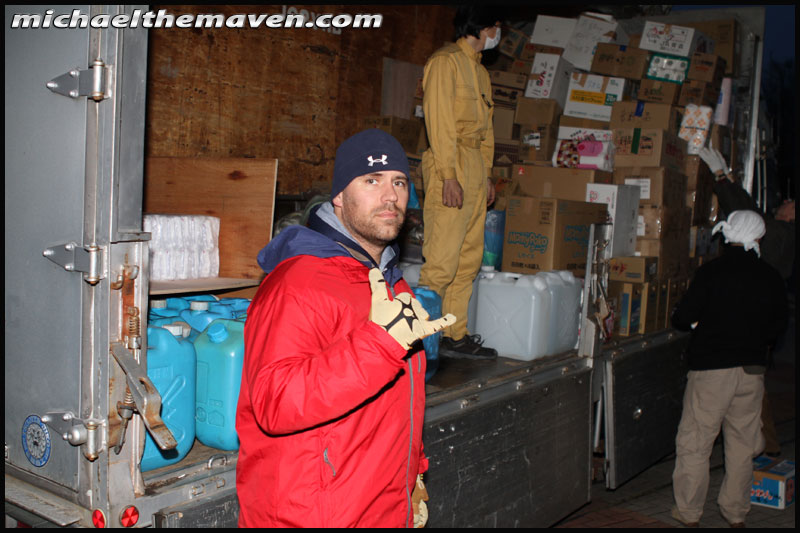 We still tried to have fun. This is John Harrigan- a really great dude. 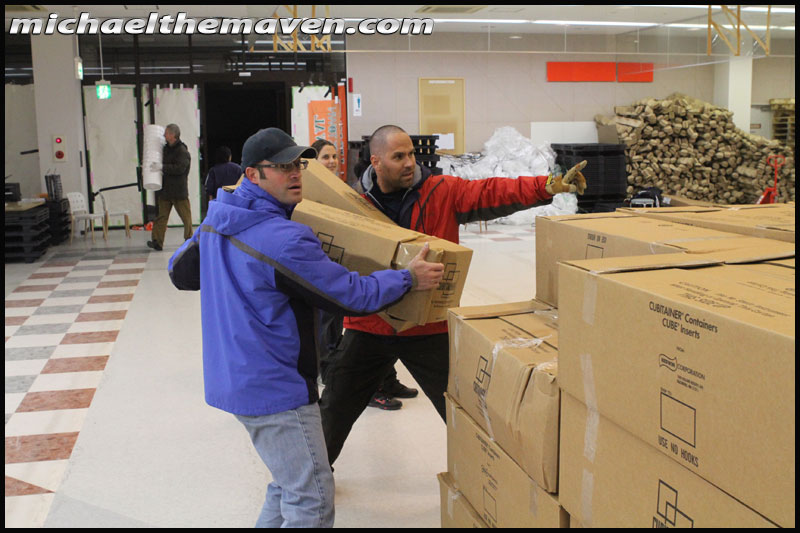 John and Samuel. Samuel and his brother Thomas were absolute workhorses! 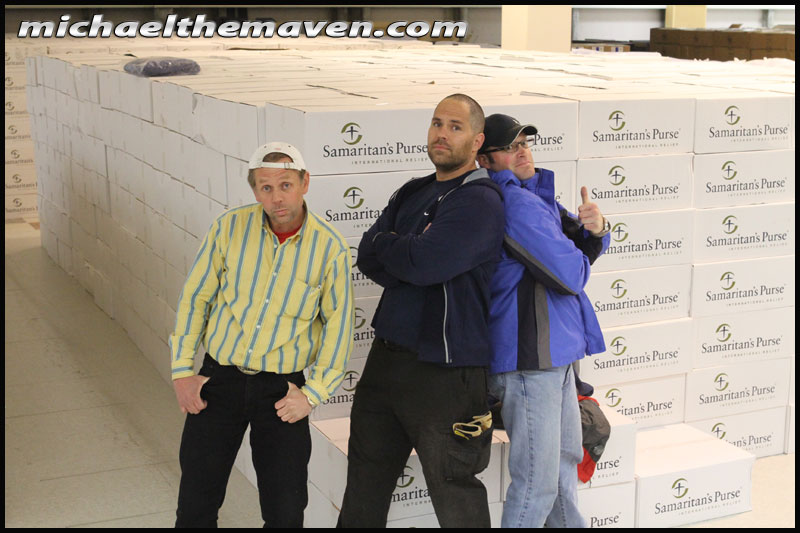 Samuel took me on a trip to Ishinomaki. I helped unload the truck, but I was also GPS tagging every place we went to. 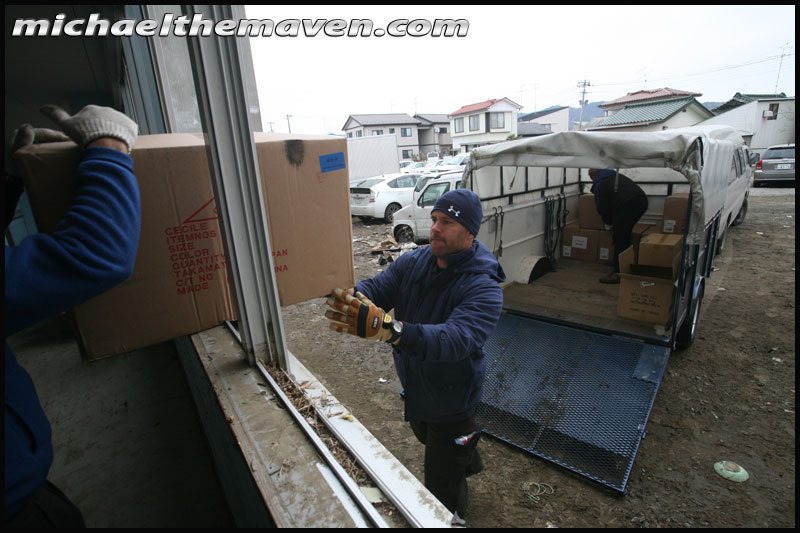 A day before this picture was taken, some of the Meysen staff decided to find a few locations that needed help and I was fortunate to go along. I decided to GPS tag every place we found.

This image was taken the next day on the way to the delivery and there was a short discussion on where the first location was.... 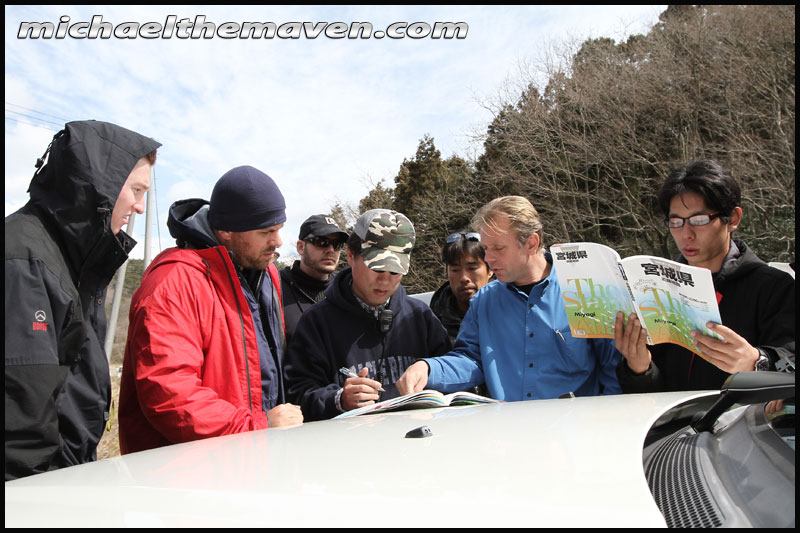 ...because I had happened to GPS tag it, I was able to show them. I think Jacob (camo hat) saw how useful this was because he asked me to go with him tagging right after it. We worked together for the rest of the day, while the others made the deliveries. 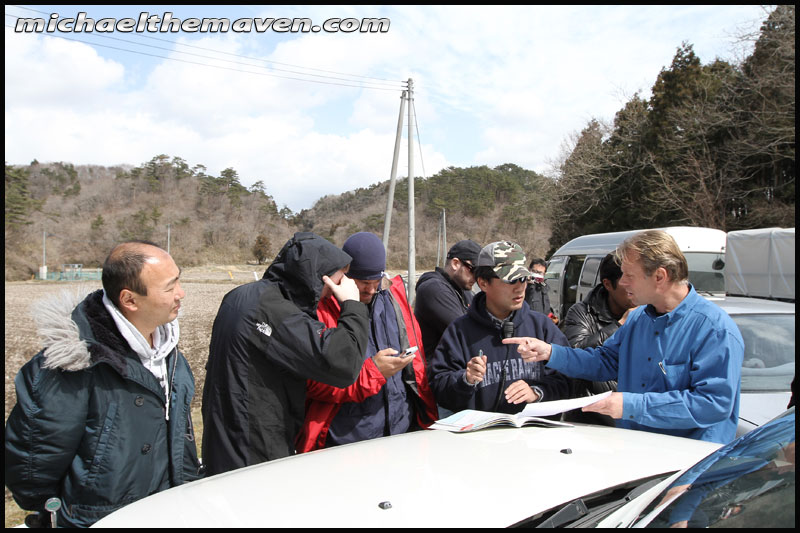 ..did a lot more scouting and tagging after that... 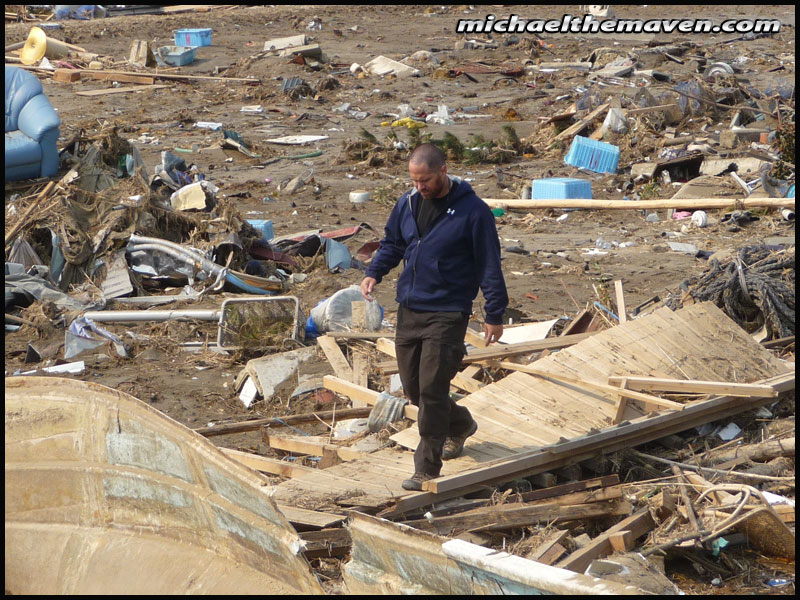 On the way to finding Baba Nakayama. This was a good day for me and my translator that day, Ken, even though we would get stuck in the mud. 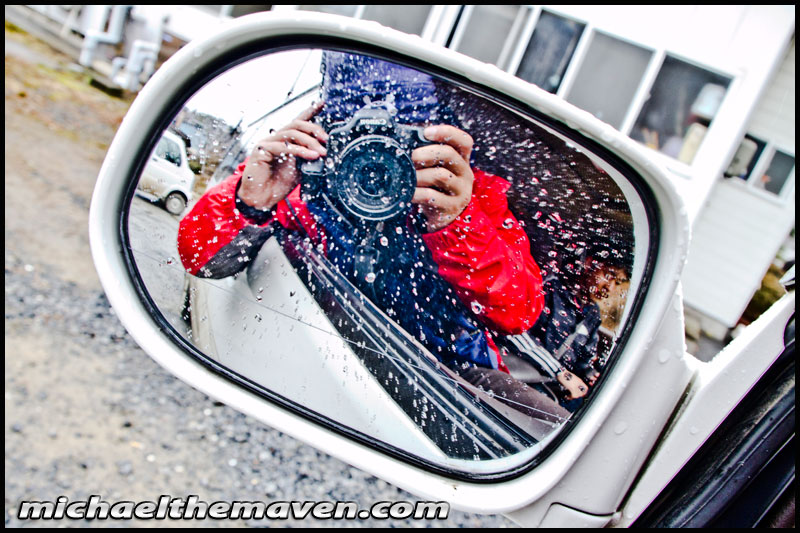 Once I got teamed up with Tomio, we were always tagging together. We located and tagged over 20 locations together. We became affectionately known as "The Tag Team". 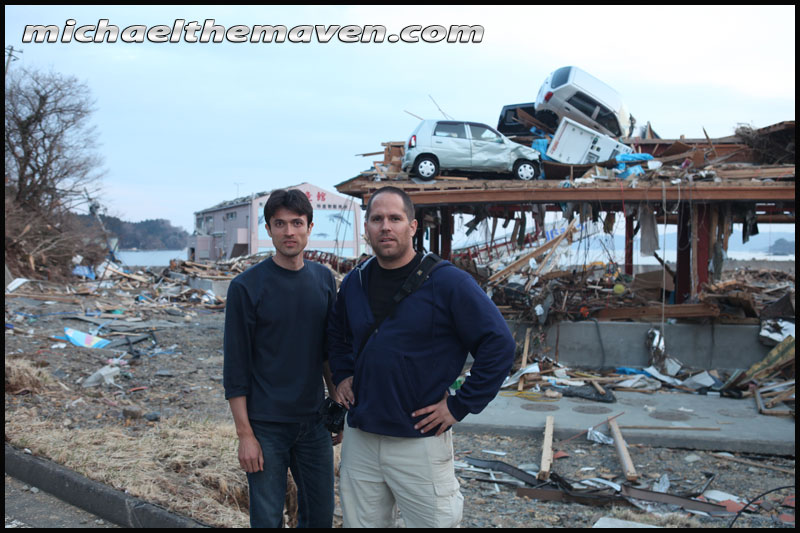 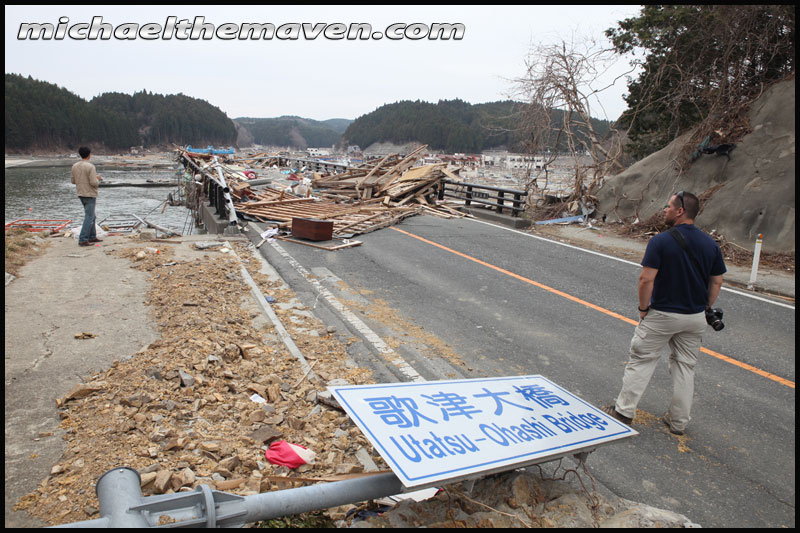 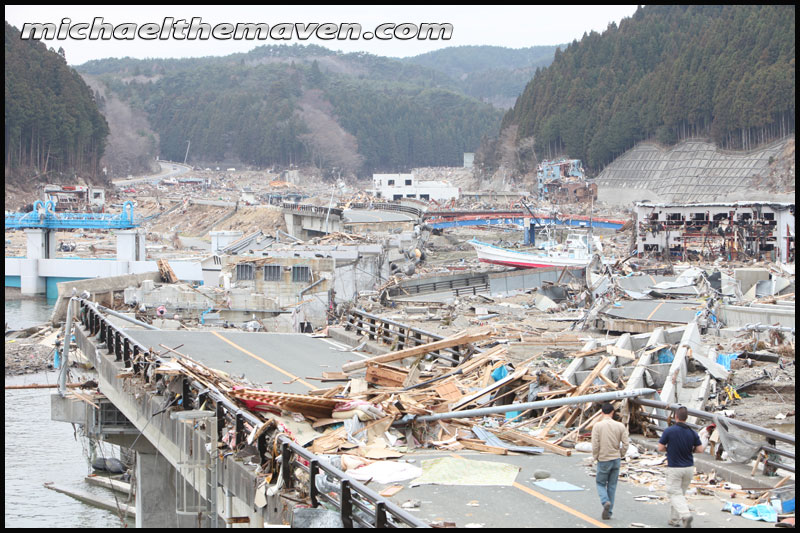 I knew a few words and phrases in Japanese. One of which was "underwear". I made it a priority to be the underwear king and give it out at every opportunity. 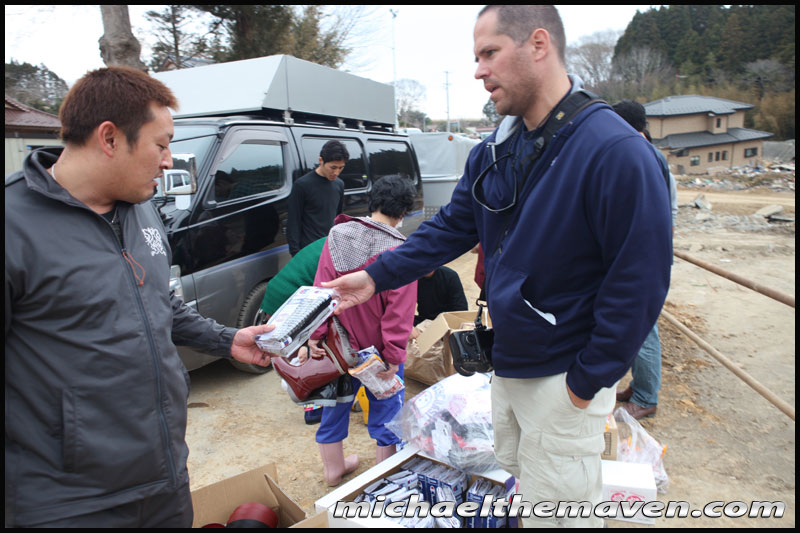 This was an interesting day, we were delivering boots to a carpenters shack, but the owner had kicked everyone out...it didnt feel right from the get go and I knew something was up. We were forced to leave the boots because the owner said he would get them to everyone, and we were pressed for our next delivery, but there was something that didnt feel right about the guy. 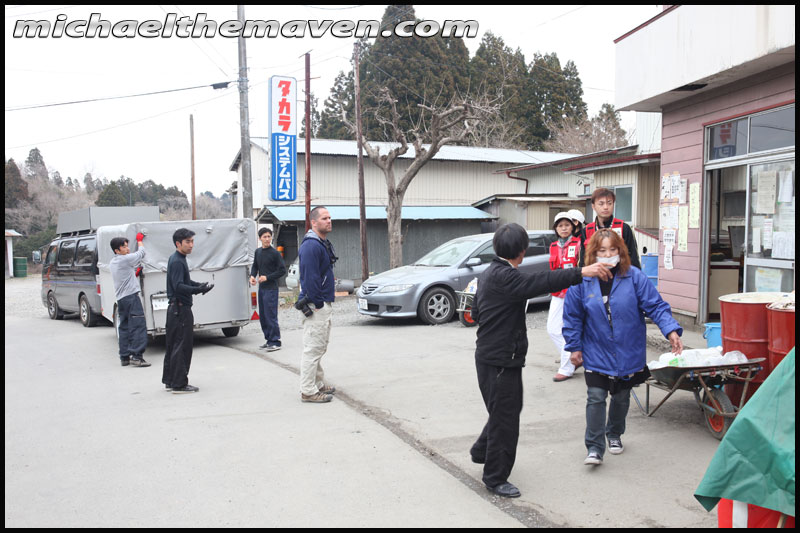 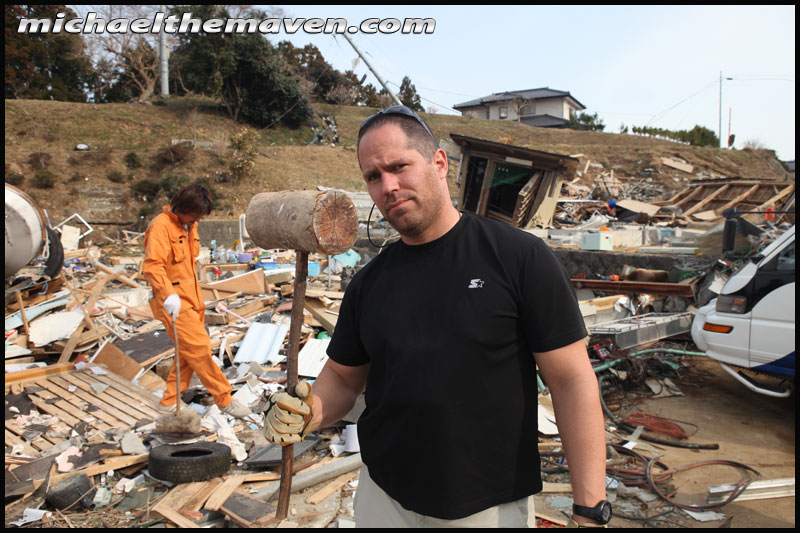 I think every male would look at this building we passed everyday and wonder..."Hey, I bet I could push that car off the roof." There are only 2 people who saw what happened next. (I am pleading the 5th!) 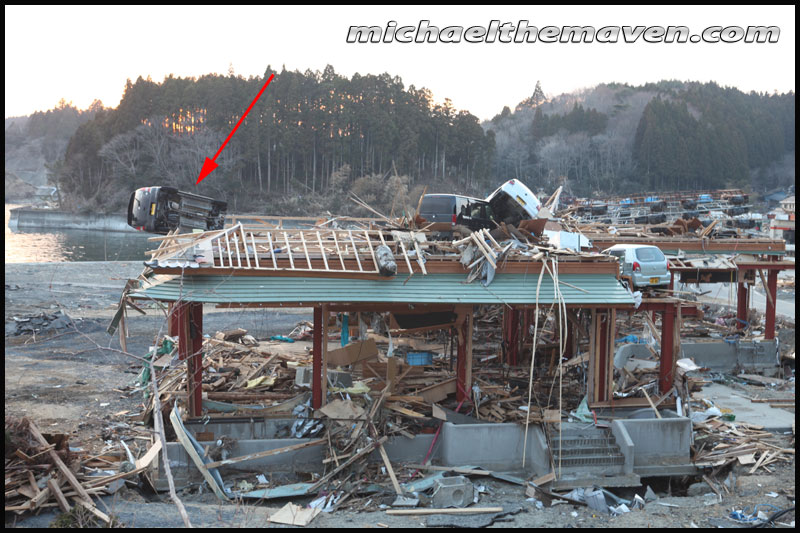 Tomio and I would talk with just about everyone we could. We found many individuals just walking on the road who needed help. We tried to carry extra supplies with us so we could just give out what we had, even though it wasnt a full delivery. You will also notice I am wearing a lot of gear in pockets, under shirts, clipped on belt, etc. 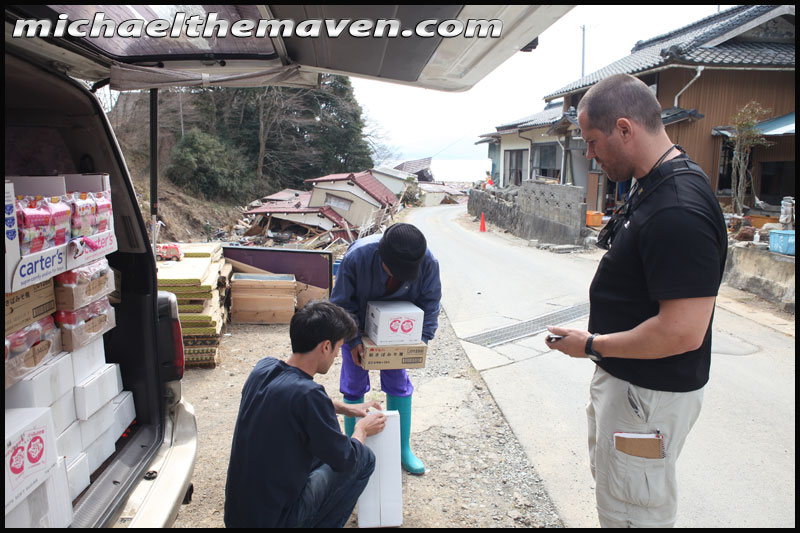 Ramen lunch with Tomio. We had countless Ramen meals together which actually became a big part of our social bonding time. They had so many different types of Ramen (and sizes) it was quite incredible. The Honda Boys always had HUGE stocks of it that mysteriously replenished itself. 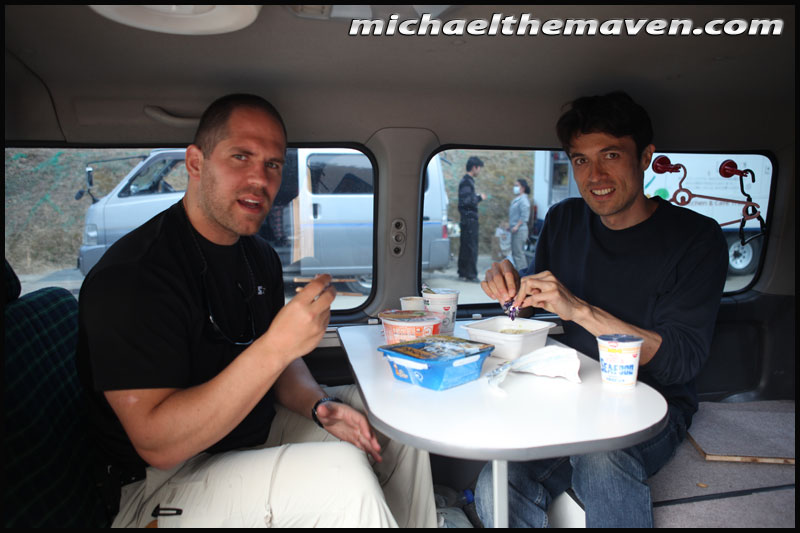 Another phrase I mastered was "I do not speak Japanese" and "I am a dummy" which I liked to say to get reactions out of people. 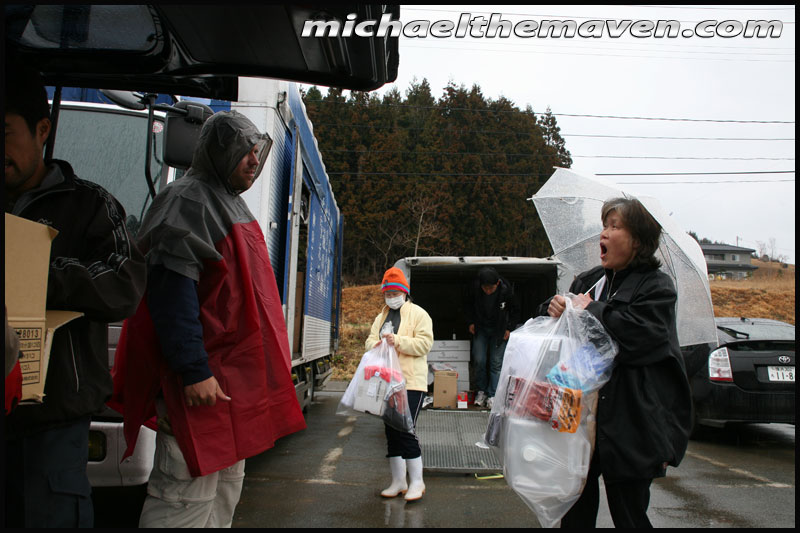 Open truck delivery. It was extremely successful. This is one of Joshua's daughters- adorable! 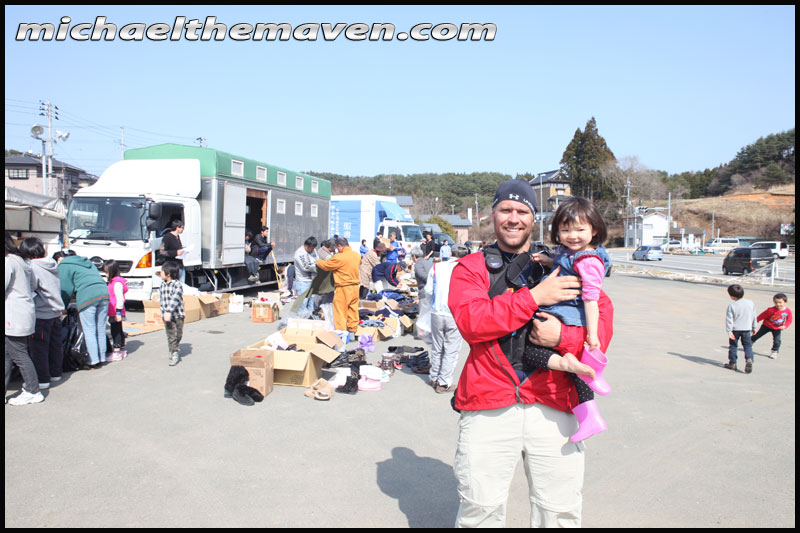 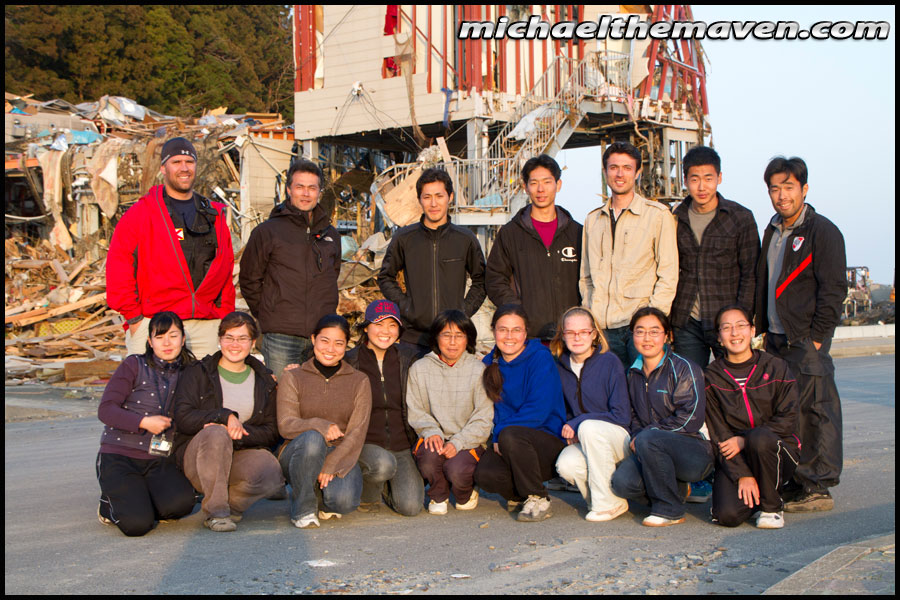