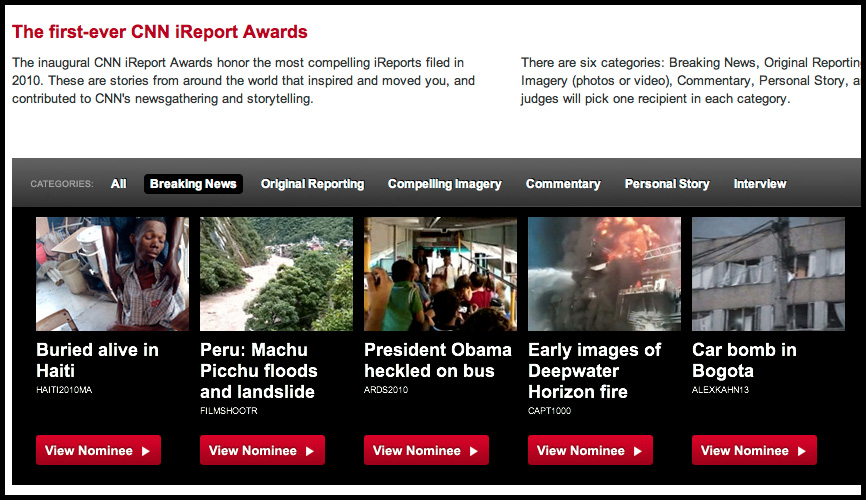 CNN announced today the finalists for its first yearly CNN iReport Awards and I was honored to learn I am one of 5 Finalists for the Breaking News Category for the image & story I posted about Evan Monsignac, the Haitian Rice vendor who had been buried alive for 27 days and amazingly survived.

In a weird way, being nominated for something like this is really humbling for many reasons. For one, I was able to see first hand a person's amazing will to live. Second, it seemed symbolic of the strength and will of the Haitian People to rise from the destruction. Both of these are reward enough for anything. Third, I'm not even sure if this will make sense, but to me, it is almost like karma's way of saying thank you for everything else were trying to do down there with the orphanage program. I have always believed that good things will eventually happen when you try your best to help others. I didn't go down there with the intention to get a picture or a story, I really just wanted to help, and it was just a luck of the draw to stumble upon Evan shortly after he was rescued. We were rejected by just about everyone for that first week, tired, hungry, and mentally broken down- I had many doubts about being there and wanting to leave. We stuck it out, and eventually it all paid off. This nomination is really icing on the cake.

A few really interesting things about this image and story:

1. Evan is the last survivor recovered from the rubble of the earthquake that took an estimated 230,000 lives.
2. The image was taken with a 2MP Camera, an iPhone 3g. I didn't have internet access, so it was the only way to get the image out.
3. One of my faithful blog readers, Heather Jennings, had been updating my CNN iReports and posted the image and story for me.
4. Initially, not many people believed the story was true. CNN sent Sanjay Gupta down to the hospital to verify, and it was only after they spoke with doctors that the story was published.
5. Evan was able to survive for that duration by dipping his fingers in sewage water that was trickling underneath him. Talk about an amazing will to live!
6. I got food poisoning the evening this report was made and pretty much bed ridden the following day. We finally left the day after that, having handed over our contacts and assets to the Sow a Seed foundation who continued the work with the orphanages.

There is a little typo in the nomination page, I was working with: The Canadian Navy, 82nd Airborne Rangers and Salvation Army.

CNN has a panel of judges who will determine the winners of each category, but there is also a "People's Choice" award which is determined by voters. (And you can vote once a day all the way through March 7th).

Here is a great intro video about the awards:

To view the finalists and vote, check out the CNN iReports Awards Page: