My Dad, brother Jackson and myself drove up to the top of Haleakela and we were still in cloud cover. I was very bummed.

I had several readers email and say they were planning on getting some images, but so far I have only had one person send one in, James M.

He writes: Okay I got a bunch of shots last night, but I had a heck of time with it! The moon wasn't very reflective and I ended up shooting the attached pic at ISO 800 @ F/11 and 1sec . It's low resolution as it was something I posted quickly this morning. I used my XSi and rented a 400mm F4/L w/ a 2x teleconverter. The trouble I had was trying to focus on the moon on my tripod so my pic is slightly out of focus. For whatever reason my LiveView wouldn't display the moon - I guess it was so low light the sensor wouldn't see it?!?

Here is his shot: 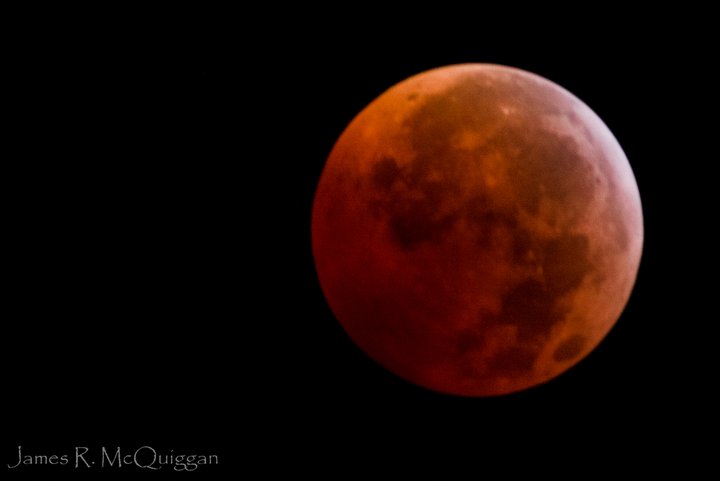 James- A few thoughts on your shot, first of all this is a great attempt, you have so many of the concepts down: Great Zoom Lens, Tripod, Extender.

Let me suggest a few things that might help:

1. Your Live View may not have "Exposure Simulation" turned on. If you do not have this feature working, you shouldn't be able to see it on the back of your camera. Live view is a DREAM for this kind of photography because you can see what you are dealing with and manually focus to assure it would be tack sharp.

2. The moon is moving relative to the camera- While a 1" shutter speed would work for stationary objects. Add on that it is very far away, and motion blur becomes more relevant. This could explain the blurriness, even if it was properly focused.

3. Any vibration in the camera can also cause shake and therefore, blur. A few things to help here: MIrror Lock up with a 2 second timer or shutter release.

If I was in your situation, I would have traded aperture for a faster shutter speed, say maybe even as low as 5.6 or 4.0. The reason being: DOF increases with distance- the further away, the greater the DOF. Moon being very, very far away, would have allowed you to get sufficient DOF with a wider aperture.

If you use these suggestions, I can pretty much promise you that you will see a huge improvement.

Heard back from James this morning, and it seems he was using mirror lockup and was stuck with f11 due to the limit of f5.6 on the lens, and adding a 2x teleconverter. James believes the lack of sharp focus is due to a loose head on his tripod, which would also contribute. (James- there are some heads that will ever so slowly move, even if they appear locked, so yes, this absolutely could contribute).

If I were in your situation, I probably would have taken off the 2x extender, gone with f5.6, a faster shutter speed, and then cropped the image out. Sometimes we really want to get that super tight shot, but it isnt always necessary.

James sent in another shot from the night before: 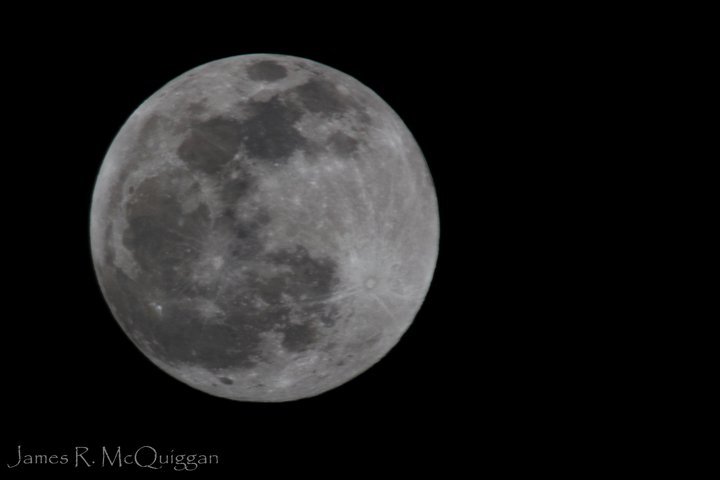 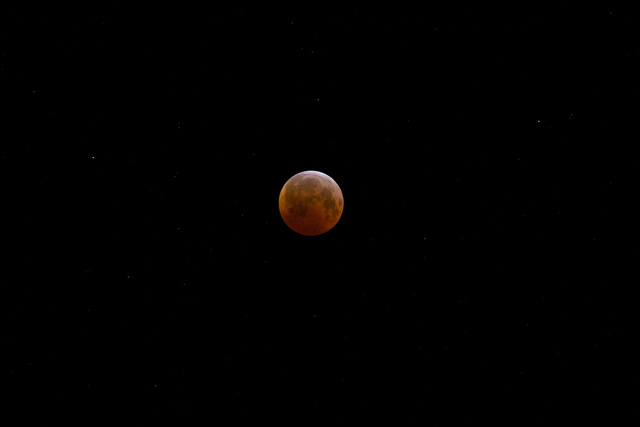 This image above is from Kimball Larsen- He writes:

The most difficult part of getting these shots was actually aiming the camera, because the moon was almost directly overhead, and my tripod makes it difficult to see through the viewfinder at that angle. Since the XTi does not have a live view, I just had to guess, shoot, review, re-aim until I had it where I wanted it.

If you guys have any more good shots please send them in and I will post/discuss them here! :)