Found a Place to Live!

I found a place to live today. It will take a day or two to get the electricity turned on, but it is a really nice little Ohana unit in North Kihei. Ultimately, I would like to be in South Kihei, Waliea, or Makena, but it's going to take some time to find something I really like, and this unit I found is super nice, it is essentially a one-bedroom house, complete with little kitchen and little living room. The owner is a very nice guy and he is very meticulous and clean- it feels right. I was candid with him about wanting to move a little further south and he gave me an option to have a shorter lease- it was very nice of him. I'm sure I will have pictures soon. I'm excited for this because I can start thinking about video production, the contest, and so many other things I have on my plate- nice not to have to worry about where i am going to live for the next few months.

My Dad and I like to run down to the beach every sunset and play around with our cameras. There was still a lot of cloud cover, so not getting the perfect sunset shot I want, but I thought it would be nice to have a cool silhouette shot of him, this is straight out the silhouette video. One note on this, It was important that he stand out there just after a wave came in so we could get that glassy reflection behind him. Popped the blue, aqua and orange in the sky with Michael Andrew Lollipops Â® 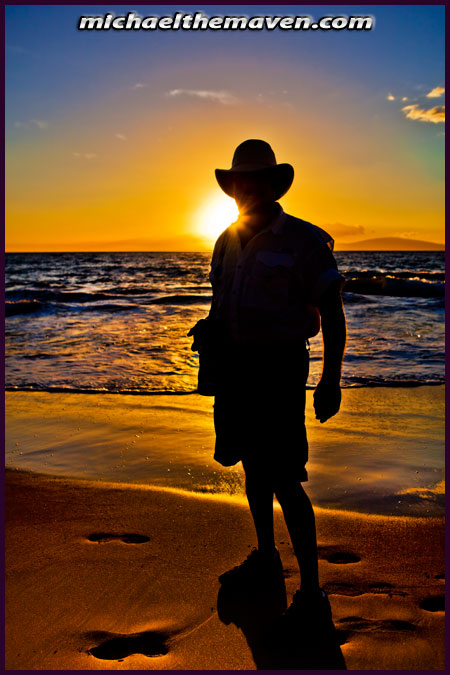 A little later we both noticed the moon. My Dad asked how it would be possible to get a nice shot of it, being that he only had a Canon 7D , with a Canon 70-200 2.8 IS L Lens , or at least, what the best we could do with that set up.

1. Get it on a tripod. Any shake over distance is greatly magnified.
2. Use a Timer (handshake messes it up as well).
3. Use Mirror Lock Up (Prevents Shake from the Mirror Moving).
4. Use Live View Zoom to focus in and make sure it is sharp.
5. Try to use as fast a shutter speed as possible, it is after moving very fast.

We were both surprised to see the moon moving when we zoomed in on it in live view, moving as in from left to right, not shake. Between the movement of the earth as well as the moon, you could see it plain as day.

Had to crop it out a sharpen it a little in PS. 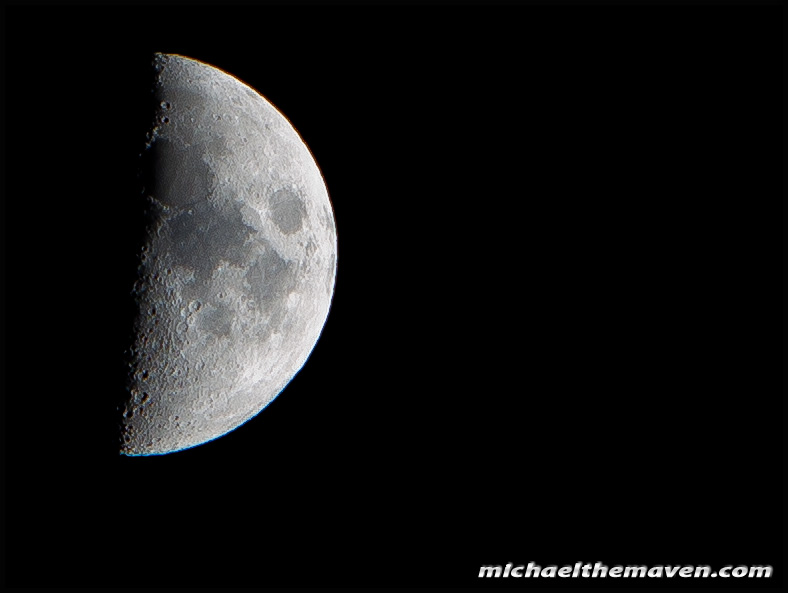 If I have it my way, I hope to shoot just about every single day I am here. :)