What is Chromatic Abberation?

I am currently running some tests on 3 very popular "walk-around" lenses: The Canon 18-200, the Sigma 18-200 and Tamron 18-270. They look the same, feel the same, seem to function the same, however, when it comes to quality, they act very differently and there are some advantages and disadvantages to each. It's been a fun time coming up with little tests to reveal how different they really are and I will have my results posted soon. 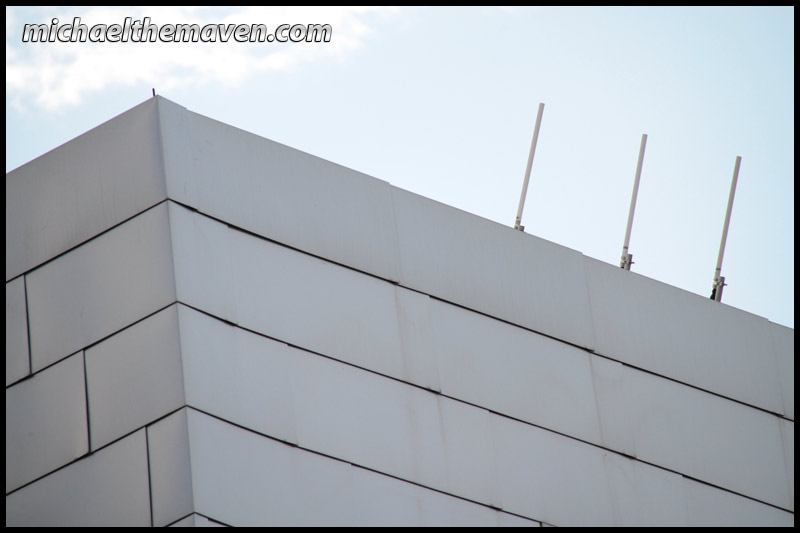 A good way to test your lens for CA is to take a picture of something thin and dark on a very bright background, and compose it on the outside of the frame, as with these antennas. I am particularly interested in the last one. Also, while it is hard to see, look on the opposite side of the image, where the edge of the building ends- can you see it? 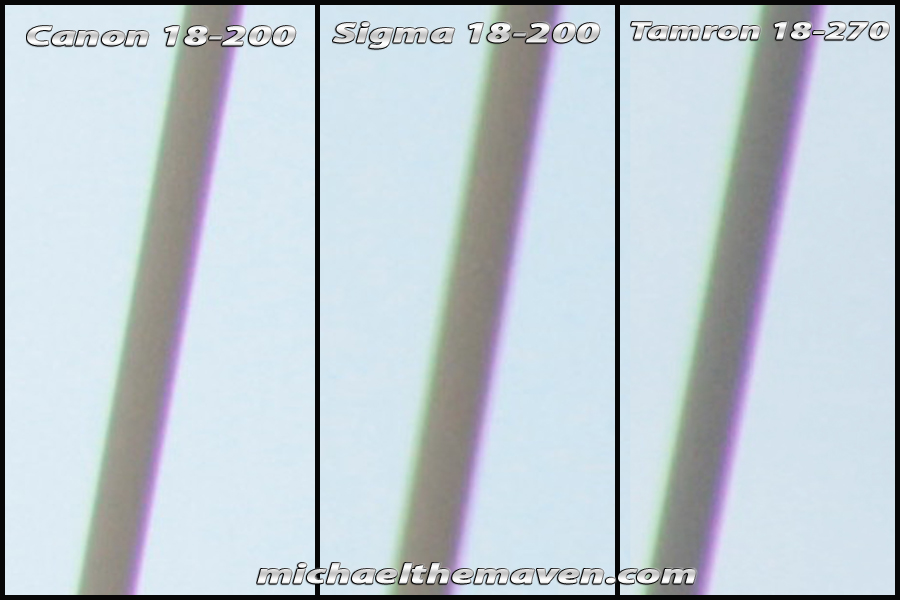 My main test involved looking on both sides of the 3rd antenna (furthest to right), the left side shows a yellow haze, while the right favors purple. When it comes to Chromatic Abberation, it appears that the Canon has the edge. While it may initially appear that the Sigma is better, compare the yellow sides, and another problem with the Sigma was the actual sharpness of the antenna itself- I repeated this shot many times, and could not get it any sharper than this- a hint of some of the sharpness issues with the Sigma. Last was the Tamron, which appeared to have the worst artifacts for CA. I tend to give the Tamron some lee-way though because of its amazing focal length range (a world record at over 15x (from 18-270mm), quite astonishing to be honest.

That said, the differences in these images (highly magnified) are things that most normal people will not notice (refer to first image), but it is still fun to find these differences.

Test results should be posted later this week.