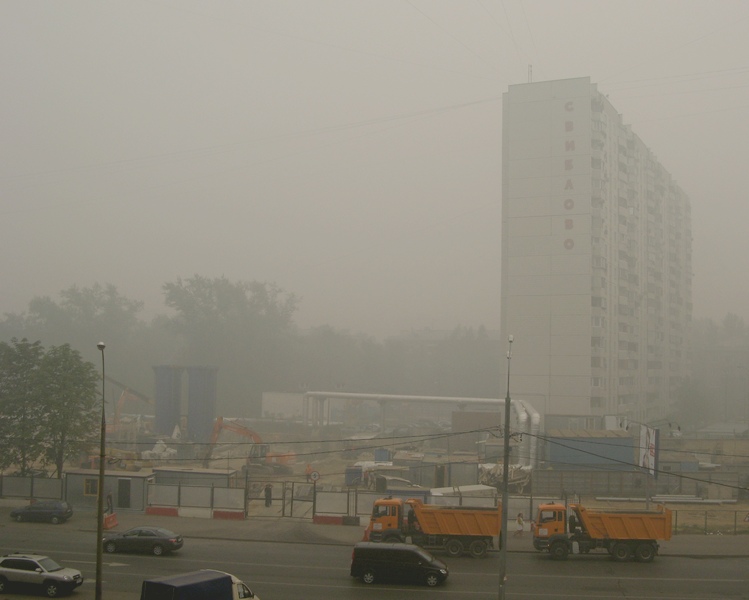 I got this image from a good friend who lives in Moscow. If you haven't heard there are over 500 fires in the Moscow area and they have been going on for some time now. This is a pretty serious thing, Moscow is an entirely HUGE city, as in GINORMOUS, both in population (official estimates are around 10 Million people, but its probably more realistically 12-13) and in actual area. Russian Officials have said that 10,000 firefighters are not enough.

Here is a link with some pretty crazy images. Having lived there and knowing where these places are, it boggles my mind that the whole city is pretty much under a thick fire smog. (My friend lives near Sveeblova Metro Station, on the outskirts of the Orange Line, the Kremlin and Red Square are nearly in the center).