As promised, here is the high ISO test (follow up to the 7D vs 5Dii Portrait Test . Brought back some memories of the lab. Here is me being nerdy:

The "model" was a Canon Rebel T1i lens release switch. The reason I chose this is because its black, which is where noise is most apparent (darker shades), and has lots of contours and shade changes.

Test was done as follows;

1. Both Camera's used a 70-200mm 2.8 L Lens
2. Both Camera's shot in the same color space & compression settings
3. Both Cameras shot with light optimizer turned off.
4. Both Cameas shot with a WB of 3300 Kelvin
5. Both Cameras shot with same picture style settings.
6. Both Cameras shot on Evaluative Metering Mode.
7. Both Cameras shot on Aperture Priority, f 5.0, Ex comp bracket was set to "0", allowed each camera to adjust shutter speed accordingly.
8. Cameras were on tripod, 2 second timer was used to reduce shake.
9. Images were taken in succession by adjusting the ISO. After a series, ISO Clean-up was adjusted and range of 400-12800 was repeated.
10. Images were imported into Photoshop as layers, subject was cropped and re-sized, then systematically laid out on this attached image.
11. ISO 400s were thrown out as there was no apparent differences in noise levels.
12. Grid was exported on highest web quality settings

A. The data indicate that both the 7D and 5Dii shoot with very low noise up to 1600, however, after 1600, it appears that the 5Dii is superior in all levels of ISO shooting, both with and without clean up. 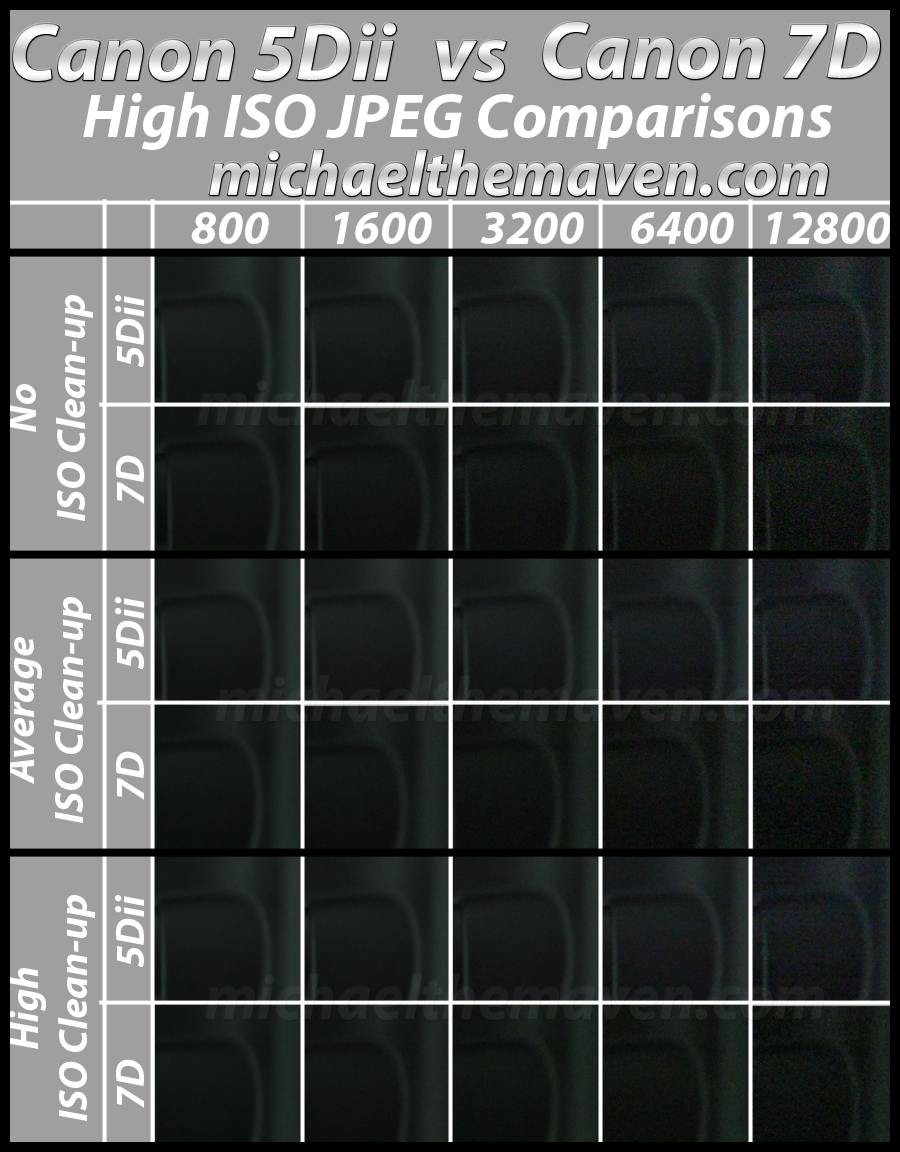