Here they are- the first side by side portrait tests I shot this afternoon. For the most part, there are some things each camera does a little different. It seems to me the 7D is more sensitive to green light and the 5Dii more to red. I tried to be as careful as possible and took the following pre-cautions:

No support for 7D RAW files yet (I know I can convert them but I dont feel like RAW is fair, so we shot on JPEG)

1. Same Lens was used
2. Same Exposure Settings were used
3. Same lighting conditions were used
4. Tried to get same pose, though we were not perfect- obviously.
5. Same picture styles were used.
6. Lighting Optimizer was the same in both camera in all images compared (either off or normal)
7. Same JPEG Quality was used in all images compared.
8. All images were taken on Manual.
9. Same color space was used- (I converted it to sRGB for comparison)
10. Saved on the absolute highest quality, so these images may take a while to load.

There are a few things I would have done better, but this should give you a good idea of what we are dealing with.
A few other things I noticed:

- Check out how the DOF changes, even though the aperture used is the same (I had to back up with the 7D to get similar compositions)
- Terra seems thinner in many of the 7D images. Again, I had to back up to make her appear the same size and the result is she appears a little thinner.
- I think the 7D is boosting the green pixels, in most cases you cannot see it. (and the 7D looks slightly brighter), in the green shade test. You can see it. 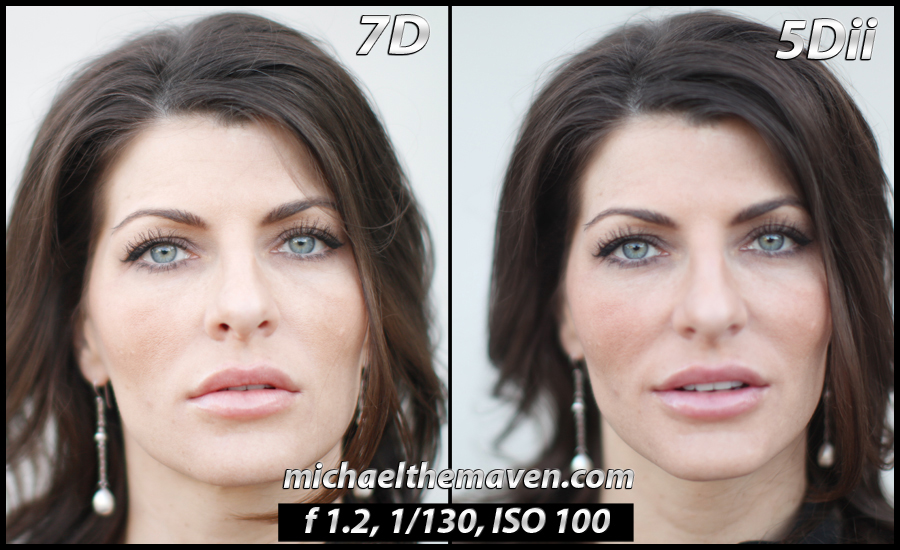 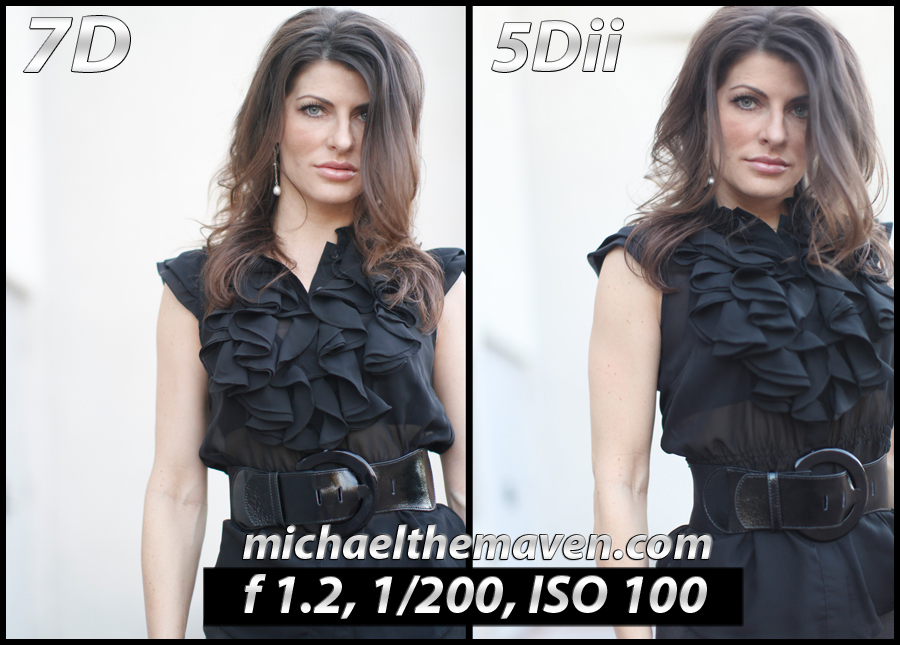 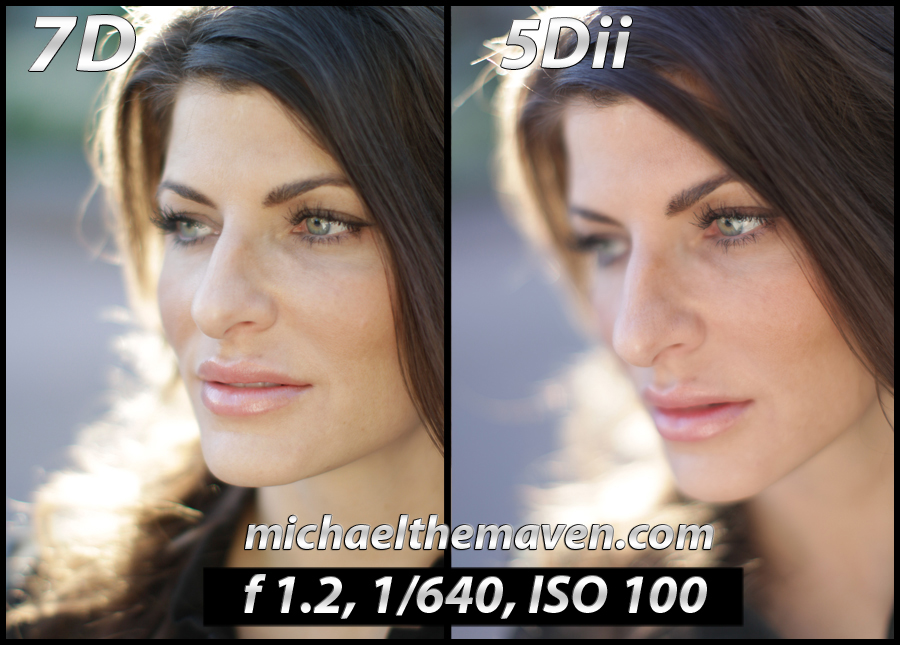 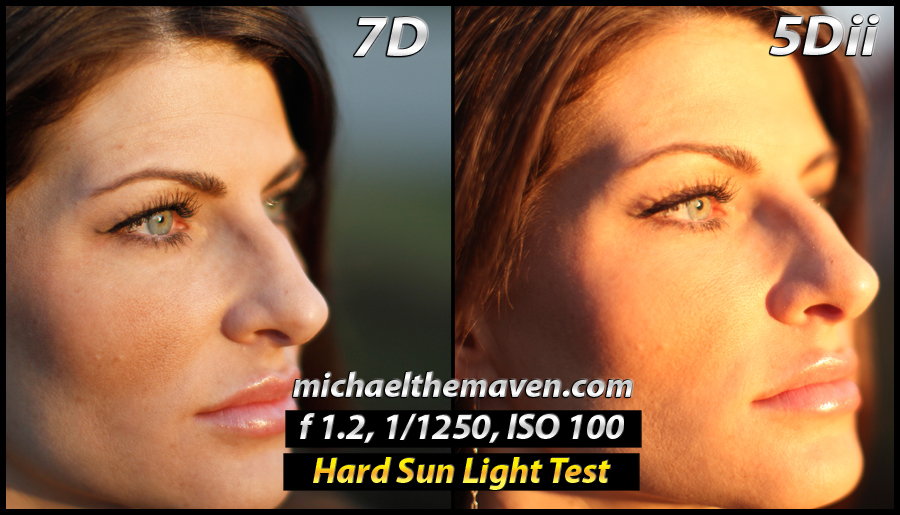 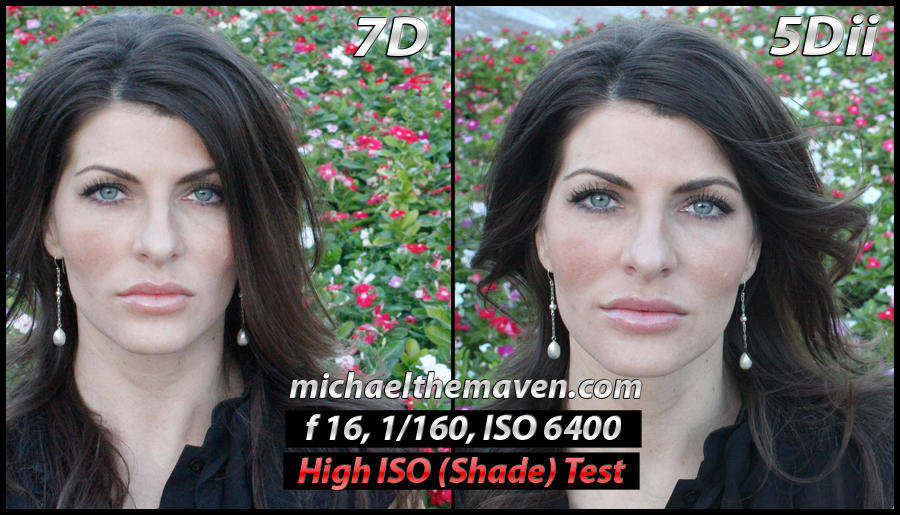 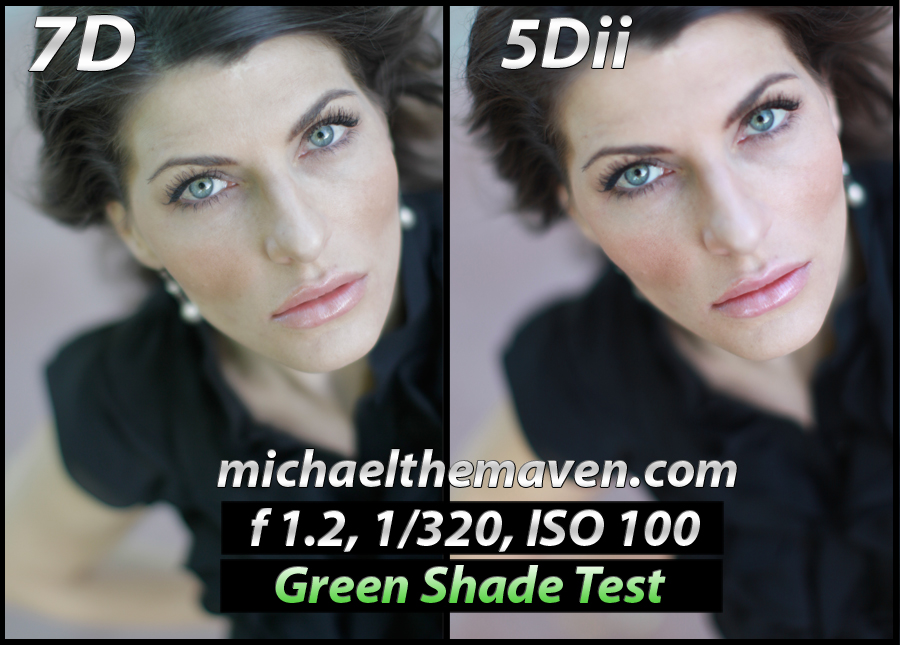 Green Shade test was very interesting to me. Bayer Sensors have 2 green sensels per red and blue. There was a big tree to my left and it was reflecting a slight green hue on Terra. The 7D seemed to be more sensitive to it, the 5DII wasnt effected at all by it. 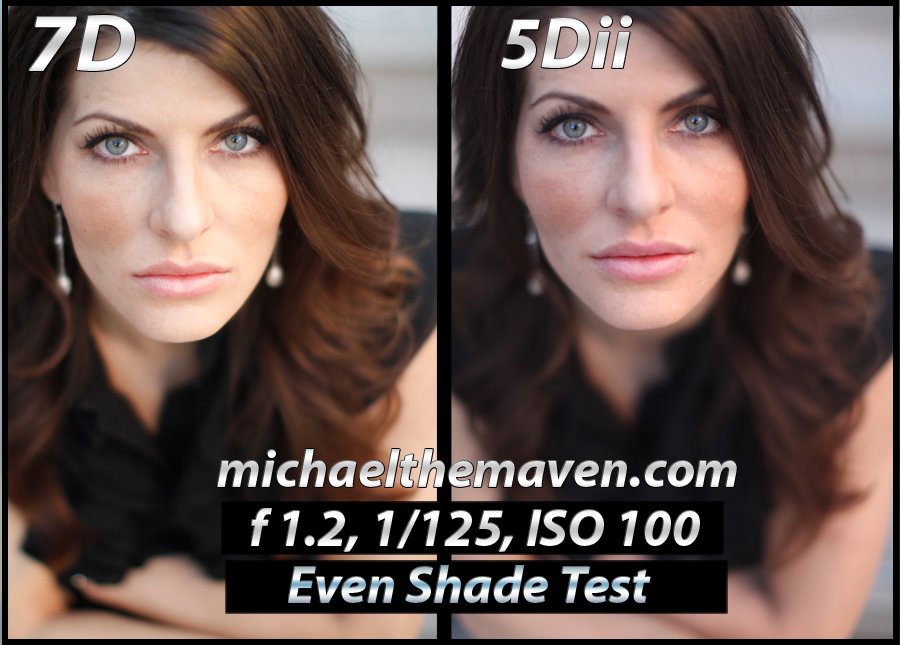 We re-took this image in a walkway that had white and grey walls. Seems the 5Dii favors reds a little more and the 7D is brighter. I am wondering if the processor has been tweaked to over boost the green pixels? Not happy with the green shade test, I may try this again tomorrow.

Overall I was very impressed with the 7D, especially how fast and accurate the focusing seemed. It was a very pleasant shooting experience.

More tests to do....I should have the ISO tests up tomorrow.