Wanted to Post the Wall Shots of the Images from the Photography Contest.

First of all let me say, I was amazed by the talent we had entering. EVERY single image we received was really outstanding. It was a nightmare deciding which ones to advance to the top 10, and in most cases, it didn't come down to an artistic or compositional issue, the most common issues we found were technical elements, such as sharpness or noise issues. There were several images that would have placed in the top 5 of each of their categories had they been just slightly sharper or not so much noise. So I please want everyone to know, if you didnt place in the top 10, it wasnt because I didnt think your images deserved merit or recognition, which they all did. It came down to a few minor little issues which the top 10 had which the others didnt. A good example was the portrait category, the 1st-3rd images were chosen simply because the focus on their eyes were outstanding.

If you dont see your image on the wall, we had a great reason for it, either:

1. We didnt receive it on time
2. We didnt receive your information about your images (we had about a dozen of these, images with no info)
3. It was removed from consideration because you had a similar image in a similar category. We had 6-9 such cases, where perhaps someone had entered 2 landscapes but submitted one under an "abstract" when it was clearly a landscape, so we had to do some shuffling around and remove a few others to be fair.
4. There are a few other reasons we removed some from the competition for reasons I would rather not go into here.

To be as fair as possible, each image which was entered into the contest was assigned a category and number. This prevented me from knowing exactly who entered which image (although in some cases I knew anyway, but in 95% I had no clue who entered what). Originally, we had an elaborate system used to grade each picture, but in the end, we decided that it would be best for me to study each image and rate them by strength of composition,artistic vision, then technical skill and then reduce scores for flaws or anything that would have obviously made the image stronger. Of course, much of this is subjective, but this initial judging was done almost entirely by myself. So if your image didnt make it to the top 10-15, you mostly have me to blame. I hope we can still be friends! :)

Once we had the strongest 10-15 in each group, the images were re-judged with the workshop attendees contributing their thoughts and ideas. There was plenty of discussion and this was not taken lightly. The final judging alone took 2 hours. We left the top 10 images up for an extra day before making any final choices and I am confident that we picked the right ones for each of the top 10.

Here are the original wall shots: I tried to make them as large as possible so please be patient for them to load: 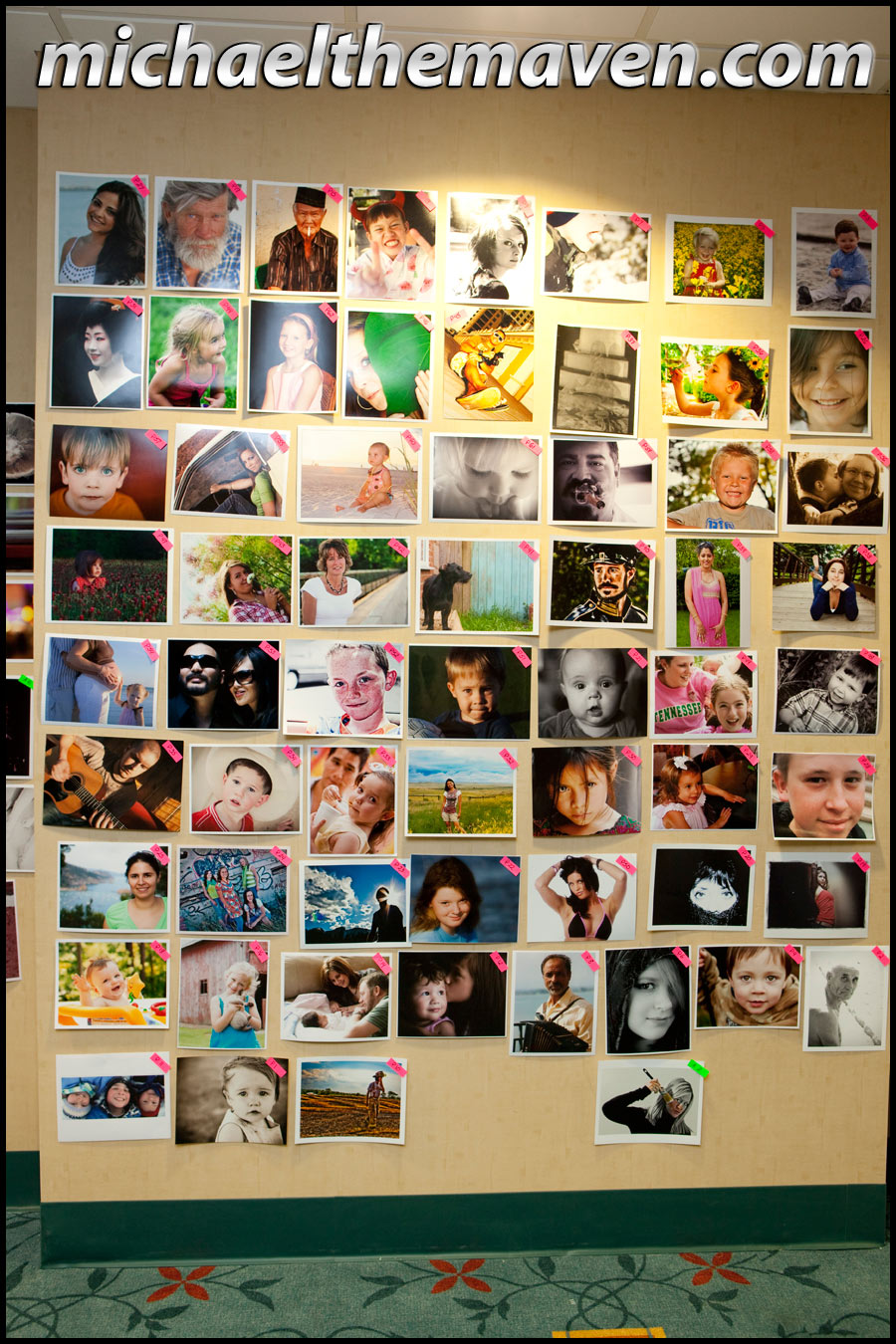 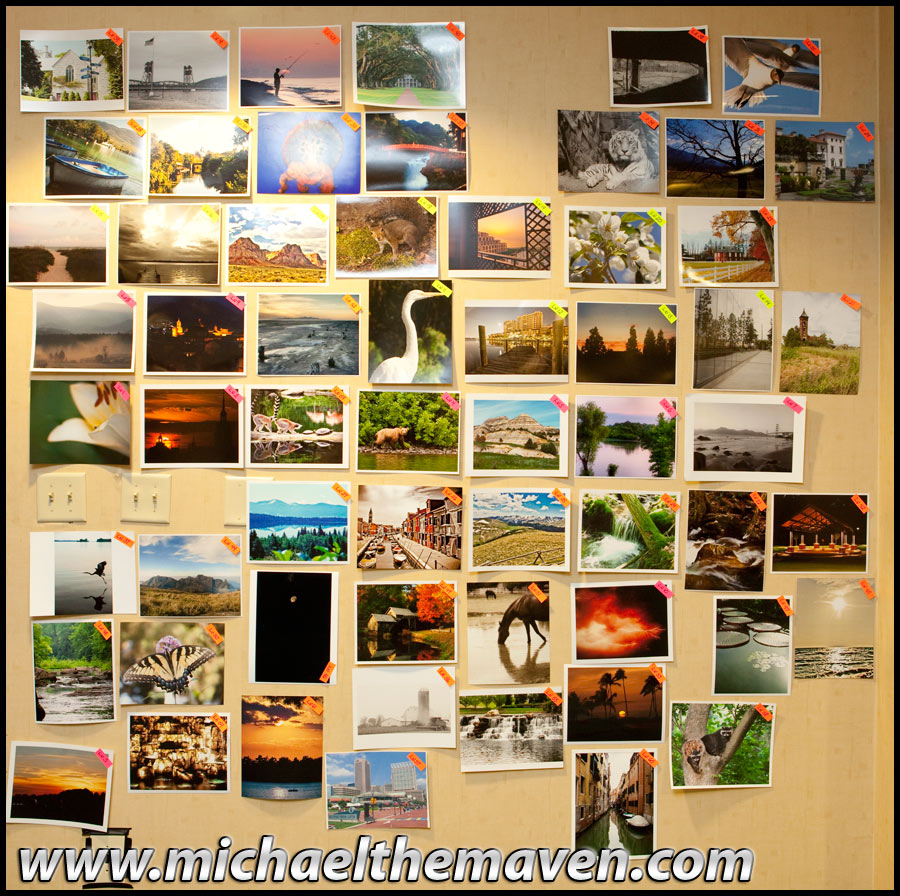 Macro Wall: (sorry about missing the one in the top left corner!) 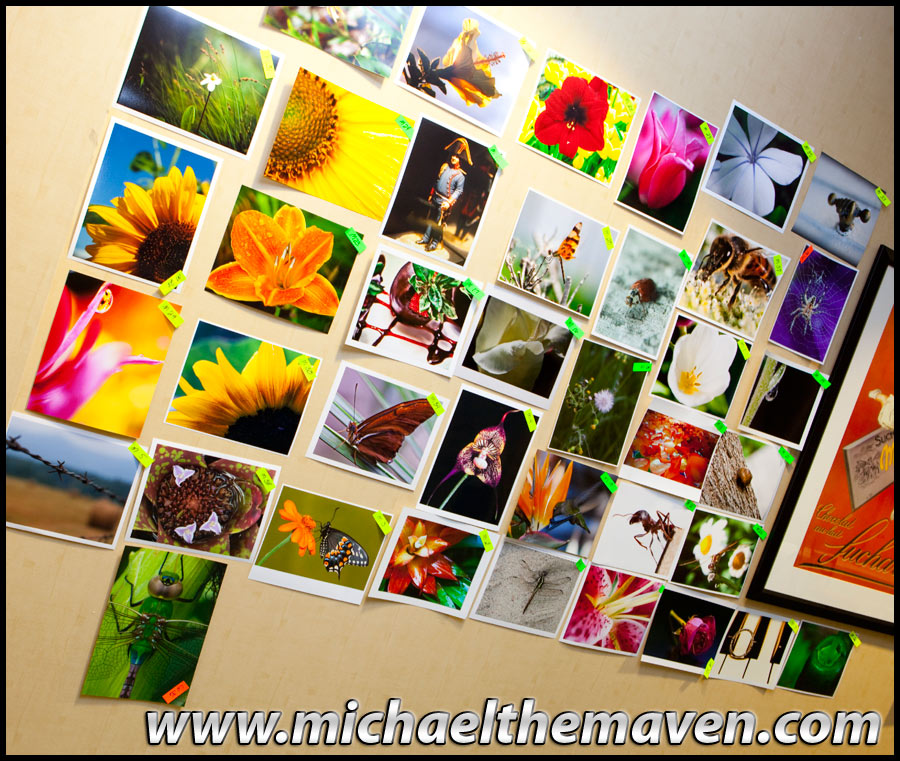 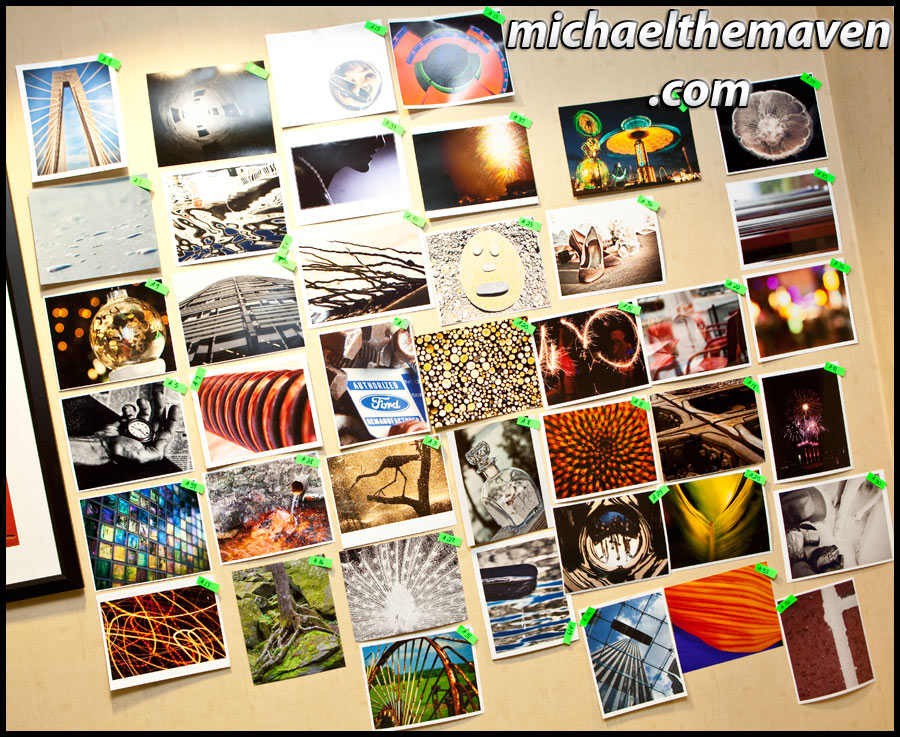 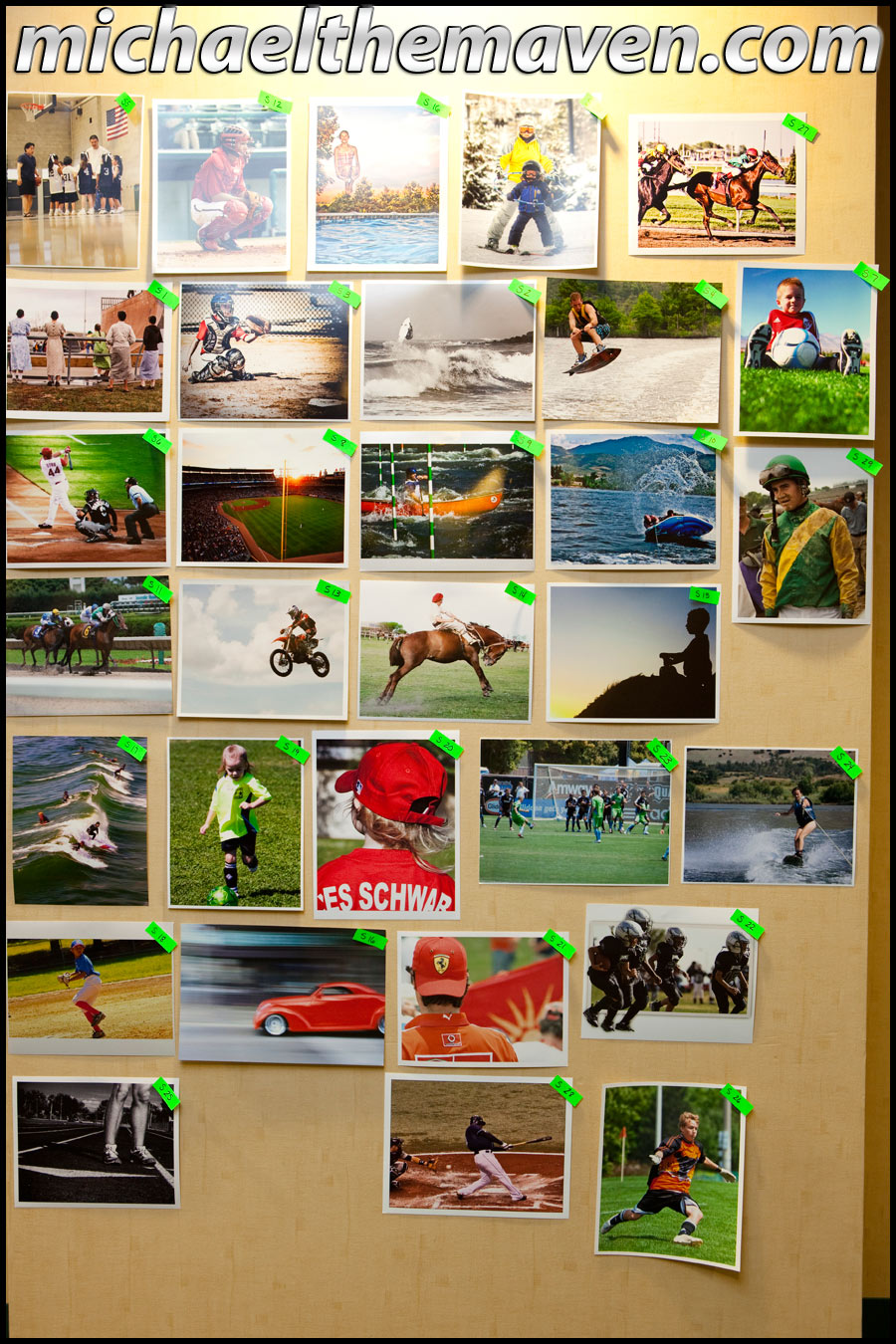